It was 8th May 2019. If Liverpool could ever make a comeback, it was at Anfield. I was neither a Liverpool fan nor a Barcelona fan, yet I was so eager to watch this match. After Messi’s heroics in the first leg and with Firmino and Salah unable to play the match, chances were slim for Jurgen Klopp’s side. If something could shift the odds, it was the factor called Anfield.
The referee blew the whistle to start the match. 7th minute, Divock Origi scores, Anfield goes wild, Origi doesn’t celebrate, picks the ball up runs back. I knew then and there, these men, they were on a mission, the comeback was possible. I felt the fire in the match. I wasn’t at Anfield, I was watching the match alone in my room, on my laptop, I could feel the thrill.  Liverpool doesn’t score anymore goals in the first half. It felt like Barcelona might just hold on.
The second half commenced as Gini Wijnaldum comes in for  an injured Andy Robertson. Premier League’s best left back off for an average midfielder, change of tactics from Klopp. The intent to attack was evident. 54th minute, a mistake from Alba, Wijnaldum scores, Liverpool still doesn’t celebrate. I could feel there was one more goal in the match. 2 minutes later, Wijnaldum scores a beautiful header onto the top corner.  There was nothing Ter Stegen could do to stop that. Anfield erupts, the Liverpool squad celebrates for the first time on the pitch. Anfield was with them. I felt like the world was with them. Messi must’ve felt helpless.
I was under the impression that the match was going into extra time. 79th minute, “CORNER TAKEN QUICKLYY, ORIGIIIIII”, Divock Origi had scored the most important goal of his career. Absolute piece of genius from a 19 year old, Trent Alexander-Arnold. Boldness no one would’ve expected from a 19 year old. The football world had nothing to talk about but him for the next few days.It was euphoric. Anfield had gone crazy. I was happy for Liverpool. I felt like everyone was happy for Liverpool. Emotions were raw on the pitch. Klopp was ecstatic. It was a mayhem. The only other time I’d seen a ground go so crazy was when Aguero scored that goal against QPR to win Manchester City the Premier League.
Having watched that match alone, I hadn’t made all the noise one would’ve made after such a match. I jumped off my bed, didn’t scream, jumped around punching my fists in the air, all this for a team I wasn’t even a fan of.  I would’ve woken up my roommate. I didn’t have to. My friends on the other wing of my hostel were roaring and booing. Everyone who wasn’t a Barcelona had roared. My roommate mumbles, his eyes half open, I told him it’s nothing to worry about and asked him to go back to sleep.  Everyone who wasn’t a Barcelona fan was with Liverpool. How could they not be. This was a match for ages. This wasn’t the first time Barcelona lost the tie after a sound lead in the first leg.  Instagram was flooding with memes. I’d shared them to all the  Barca fans I knew. Oh, I’d wanted to troll them so bad. Liverpool got them fair and square. 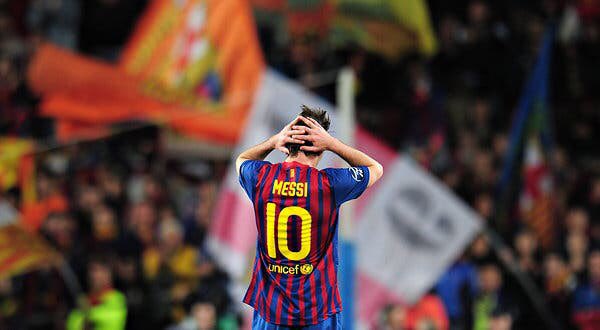 Messi’s heroics in the first leg was too good for words, that free-kick that curved into the top-left corner of the post. Messi fans were on a roll. They were enjoying all of this. All of the football world was enjoying Messi’s display of raw talent. It looked like Barcelona had everything going their way. Everyone thought the Van Dijk- Messi rivalry was settled, the world’s best center back versus the world’s best attacker. Who would’ve known of the tales to come. Lionel Messi couldn’t work his magic that second leg, instead Anfield did.
Being an amateur football player myself, I know the kind of pressure one puts himself under when their team is on the losing side. I know the kind of pressure a player would be if their team were losing 3-0. One can’t blame a team if they’d lost hope at this stage. If not for Klopp, if not for this Liverpool squad, if not for Anfield, things would’ve been a different story. The spirit of the game was visible even on a screen. This match gave me goosebumps. Those words,  “CORNER TAKEN QUICKLYY, ORIGIIIIII” , they were still ringing in my head.
Liverpool had played well that night. They went on to win the Champions League that season. They deserved the win. Anfield deserved the win. The Reds deserved the win. No other team deserved it more.

Read more stories from the author

Nabhan is currently pursuing his graduation from University of Hyderabad. An ardent fan of football, he writes about his passion occasionally.

Football: In love with the game of emotions

It’s coming Home! The rise of the Three Lions

French Revolution: done and dusted. What next? Spanish Inquisition?