AC Milan overcame an early one-goal deficit to defeat Udinese 4-2 on Saturday at San Siro, to make a winning start to their Serie A campaign.

Ante Rebic, Theo Hernandez, and Brahim Diaz all scored for the Rossoneri as they overcame an early deficit caused by Udinese defender Rodrigo Becao.

At the start of his third season in Italy, the Brazilian defender scored for just the fifth time in Serie A by nodding in a corner kick from a tight angle. Three of his goals have come against Milan, and all three have been scored by headers.

Milan equalised in the eleventh minute with a penalty from Theo Hernandez, after the referee awarded a penalty following a VAR review of a foul committed by Udinese defender Brandon Soppy on Milan captain Davide Calabria. 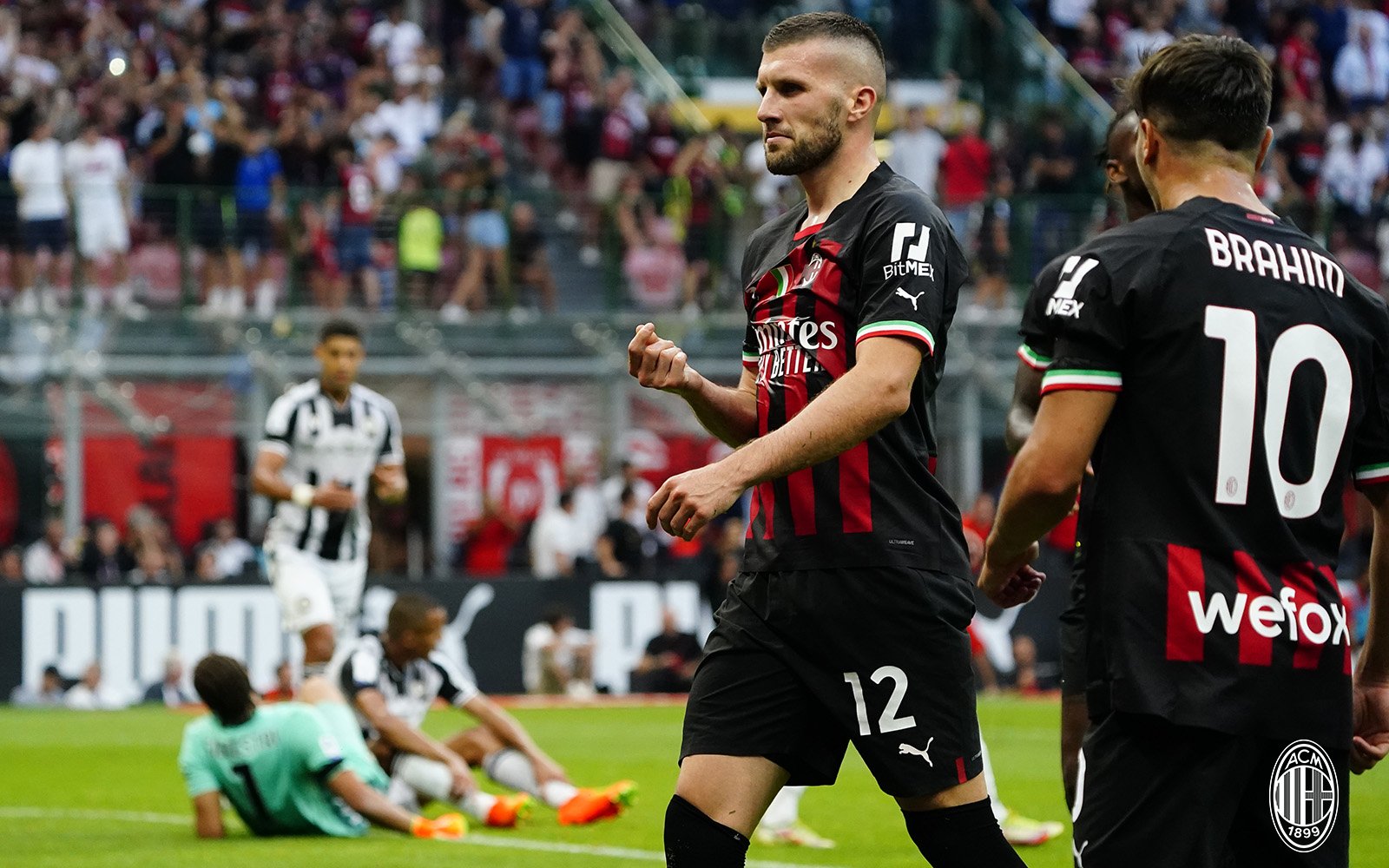 Midfielder Brahim Diaz retook the lead for Milan one minute into the second half, capitalising on a defensive error by Udinese.

After Hernandez crossed the ball into the area and Masina deflected it, Diaz scored from close range.

In the 68th minute, Rebic sent another effort past Udinese goalkeeper Marco Silvestri into the upper left corner to restore the home team’s two-goal advantage.

Last year’s twelfth-placed Udinese were the last team to score against Milan at the San Siro before the defending champions played five home games without surrendering a goal to win the championship.

Milan will visit Atalanta on Sunday, while Udinese will host Salernitana the following Saturday.