With a thumping 5-2 victory over Montpellier, Paris St-Germain made it two Ligue 1 wins in a row under new manager Christophe Galtier.

PSG’s Kylian Mbappe and debutant Renato Sanches were also on target after Montpellier defender Falaye Sacko scored an own goal.

Mbappe had a penalty saved by a diving Jonas Omlin in the Montpellier goal midway through the first half after a Jordan Ferri handball, but it was just a momentary reprieve for the visitors.

Sacko attempted to clear a Mbappe cross but only managed to steer the ball into his own net, before his night was made worse when he conceded another penalty for handling the ball in the box. 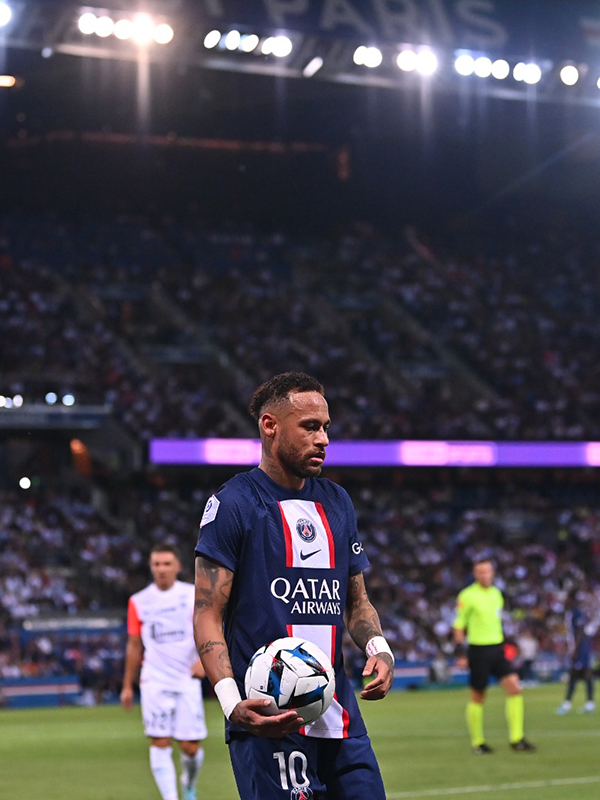 PSG’s Neymar stepped up and scored from the penalty spot, giving the Parisians a 2-0 halftime lead.

It appeared to be game over when Neymar added a second soon after the break, thumping home a rebound as he was the first to react to the loose ball.

Montpellier were given hope when Khazri equalised just before the hour mark, but when Mbappe finally got on the scoresheet 10 minutes later, the game was over.

Neymar’s hat-trick attempt was rejected for offside, but PSG extended their lead through Sanches on his debut after joining from Lille.

Montpellier’s Enzo Tchato pulled a goal back with the game’s final kick, but it was a comfortable victory for the hosts.