Mikel Arteta believes Arsenal are “obliged” to compete in the Champions League after moving back into the top four with a win over Leicester.

At Emirates Stadium, goals from Thomas Partey and Alexandre Lacazette gave Arsenal their sixth win in a row.

It returned them to fourth place, one point ahead of Manchester United, who defeated fellow top-four rivals Tottenham on Saturday.

From the 1998-99 season onwards, Arsenal qualified for 19 consecutive Champions League campaigns, and Arteta feels that a team of their status must compete in the highest European club competition.

He said: “We have to be there; we should be there. Our history obliges to be there but we are not there yet and there are still a lot of games to play. 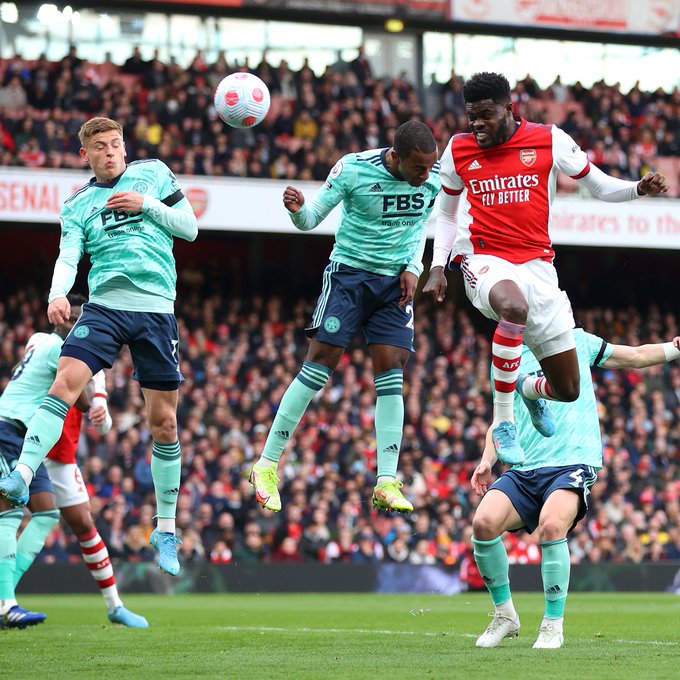 “We have an excellent group of people at the club who believe in what we do. Then you have to put performance into results. The last few months, we have been more consistent.”

After 11 minutes, Partey headed in unopposed from Gabriel Martinelli’s corner as the hosts seized on their commanding start.

As Arsenal pressed for a second goal, the midfielder also hit the crossbar, while goalkeeper Aaron Ramsdale was twice called upon to deny Harvey Barnes – one a brilliant reaction stop from a header – as the visitors threatened before halftime.

However, when Leicester defender Caglar Soyuncu was penalised for handball following a lengthy video assistant referee review, Lacazette converted a 59th-minute penalty to put Arsenal ahead.

As Partey’s still-goal-bound header was cleared off the line by the alert Luke Thomas, Soyuncu received only a yellow card.

Brendan Rodgers’ team, who remain 12th in the rankings, were unable to recover.