Inter Milan lost momentum in the Serie A title race with a draw against Torino after Alexis Sanchez scored an injury-time equaliser.

Simone Inzaghi’s side fell behind to an early Gleison Bremer strike, and Torino – winless in six league games – benefited from an exceptional performance from goalkeeper Etrit Berisha.

Lautaro Martinez, Hakan Calhanoglu, and Federico Dimarco were all denied by the Albanian. 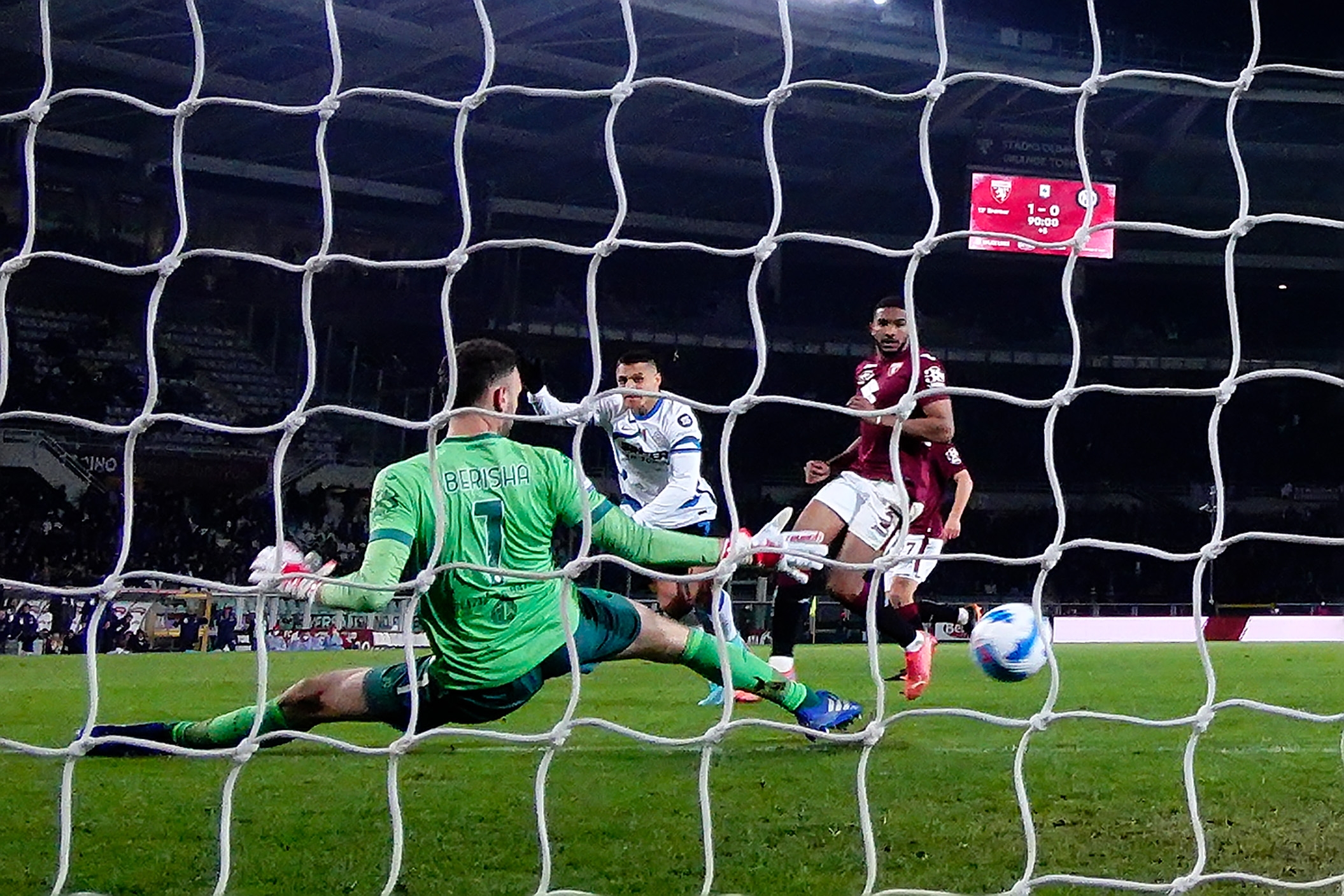 Edin Dzeko crossed late but still had time to set up Sanchez, who fired in off a post on 93 minutes.

Inter have won only one of their previous five league games, dropping to third in the standing after Napoli climbed to second with a 2-1 victory against Verona earlier on Sunday.

While Victor Osimhen scored twice to give Napoli back-to-back away victories, AC Milan may consider themselves the weekend’s big title winners following their 1-0 win over Empoli on Saturday.

Stefano Pioli’s side leads Napoli by three points and Inter by four points with a game in hand.