Atalanta qualified for the Champions League for the first time in their history on Sunday, coming from behind to guarantee their place with a 3-1 win over Sassuolo in a match marred by a brawl.

Domenico Berardi, who was later sent off during the fight, gave Sassuolo a shock lead in the 19th minute but Duvan Zapata levelled before halftime and second-half goals from captain Alejandro Gomez and Mario Pasalic sent Atalanta into Europe’s showpiece competition. 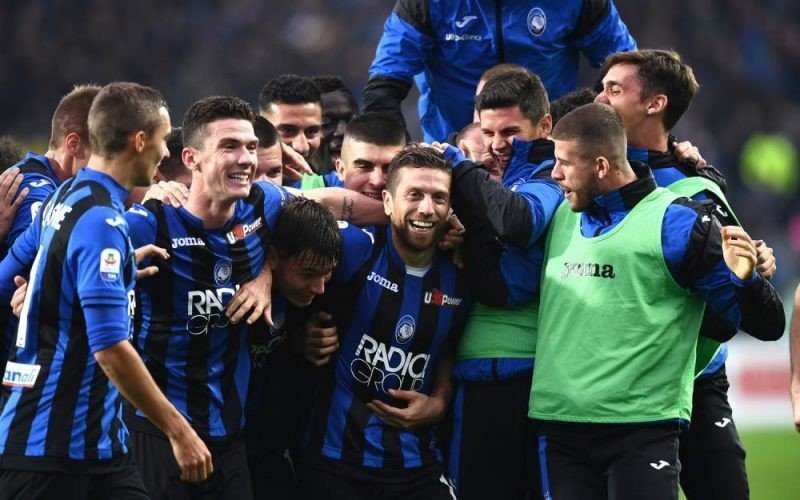 Atalanta, usually a midtable team, finished third in Serie A with 69 points, ahead of Inter Milan on their head-to-head record, and one point in front of AC Milan, who missed out despite a 3-2 win over SPAL.

Although Atalanta were officially at home, the game was played at Sassuolo’s Maipei stadium, which the Bergamo-based team are using while their own ground is being rebuilt.

Hey, @ChampionsLeague, nice to meet you! ??

“The Champions League for Atalanta is a goal that has never been conquered during the club’s history and comes to us in a very honourable way. In my opinion, we will do well,” said Atalanta coach Gian Piero Gasperini. “The lads have been marvellous, extraordinary.”

Atalanta had no pre-season, finding out only 6 days in advance that they had to play a Europa League qualifier in Sarajevo.

Despite this, they came 3rd in Serie A and qualified for their first Champions League.

Nobody, anywhere, has done a job like Gasperini the past 3 years. pic.twitter.com/QJ3dkzSY9v

Atalanta have been the story of the season in Serie A, and the celebrations that greeted the final whistle at the Mapei were matched only by the street party that awaited their team bus when it finally made it back to Bergamo. Third place represents the highest finish in their 112-year history.

– Broken their record for most goals in a Serie A Season

– Secured a spot in the Champions League qualifiers

It was achieved in the most entertaining way possible: outscoring every other team in the division. Atalanta closed the season on a 13-game unbeaten run. All this while spending less than a quarter on player salaries as those Milanese clubs they finished ahead of.

Look where Atalanta is – not only do they have one of the smallest budgets but they have qualified for CL and boast the best attack in Serie A, even outscoring Ronaldo’s Juventus. #moneyisnteverything #butGaspiseverything #Atalanta pic.twitter.com/l96cOtzAZJ

61-year-old manager Gian Piero Gasperini — with a fraction of the wage bill of the clubs that finished around them — created an attacking juggernaut that scored a league-best 77 goals (seven more than Cristiano Ronaldo’s Juventus), led by Duván Zapata, Josip Ilicic and Alejandro “Papu” Gómez. Just like the club he’s represented for the last five seasons, the 31-year-old Papu will be embarking on his first-ever Champions League campaign next year, and it’s about time that a wider audience was introduced to his talents.

He played a vital role in the second and third goals for Atalanta Yesterday. He scored the game-winner in the 53rd minute. And also provided the assist on the insurance strike in the 65th.

Alejandro Gomez: Has made more key passes (109) and created more clear-cut goalscoring chances (21) than any other player in Serie A this season

Atalanta President Antonio Percassi has asserted that Gian Piero Gasperini will lead the club into the Champions League next season. The 61-year-old has been linked with taking over at Roma, but Percassi made it clear his man was staying put.

De Rossi pens farewell letter: “No-one will ever love you more than I do”