Alexandre Lacazette scored a brace as Arsenal came from behind to beat Valencia 3-1 in the first leg of Europa League semifinal at Emirates Stadium on Thursday.

Valencia who started the game in high tempo took the lead just after 10 minutes with Mouctar Diakhaby’s finding an important away goal. 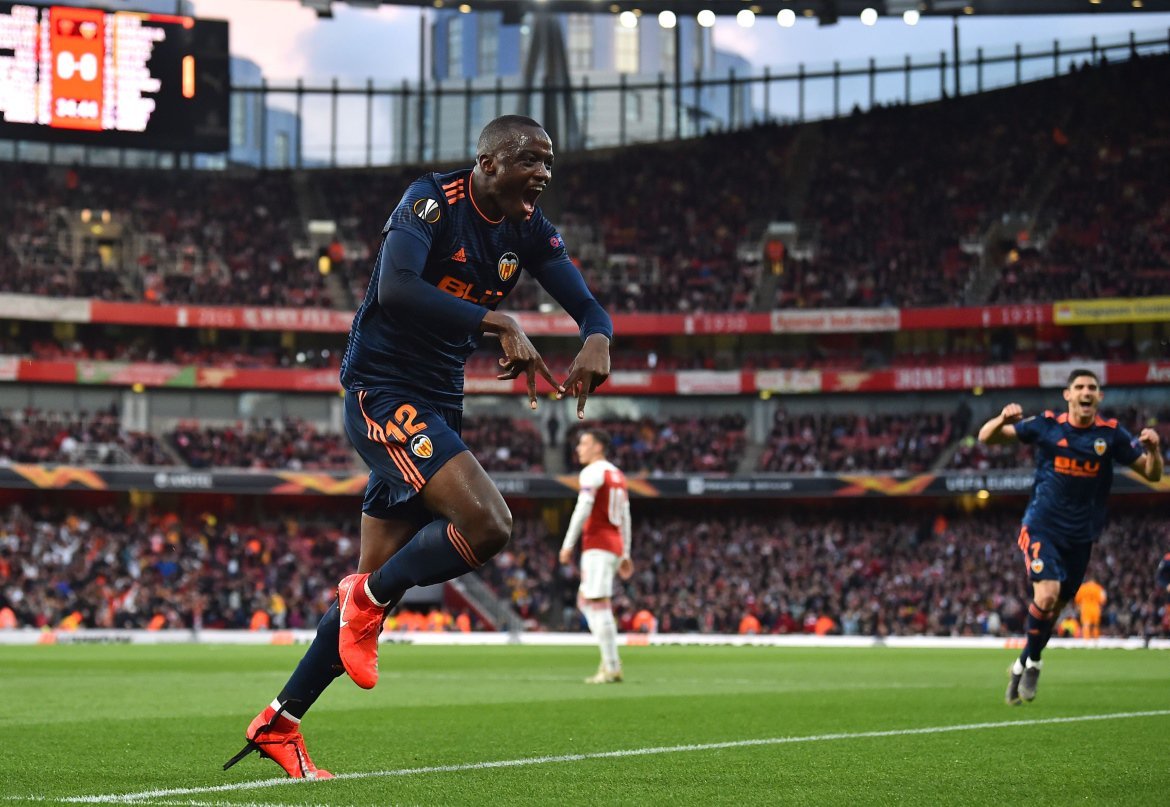 But Lacazette turned the game around in favour of the hosts with two goals in eight first-half minutes before Pierre-Emerick Aubameyang’s late strike gave Arsenal a healthy two-goal advantage to defend at the Mestalla on May 9.

However, Emery, who managed Valencia between 2008 and 2012, knows the tie is far from over due to Arsenal’s terrible away record this season. 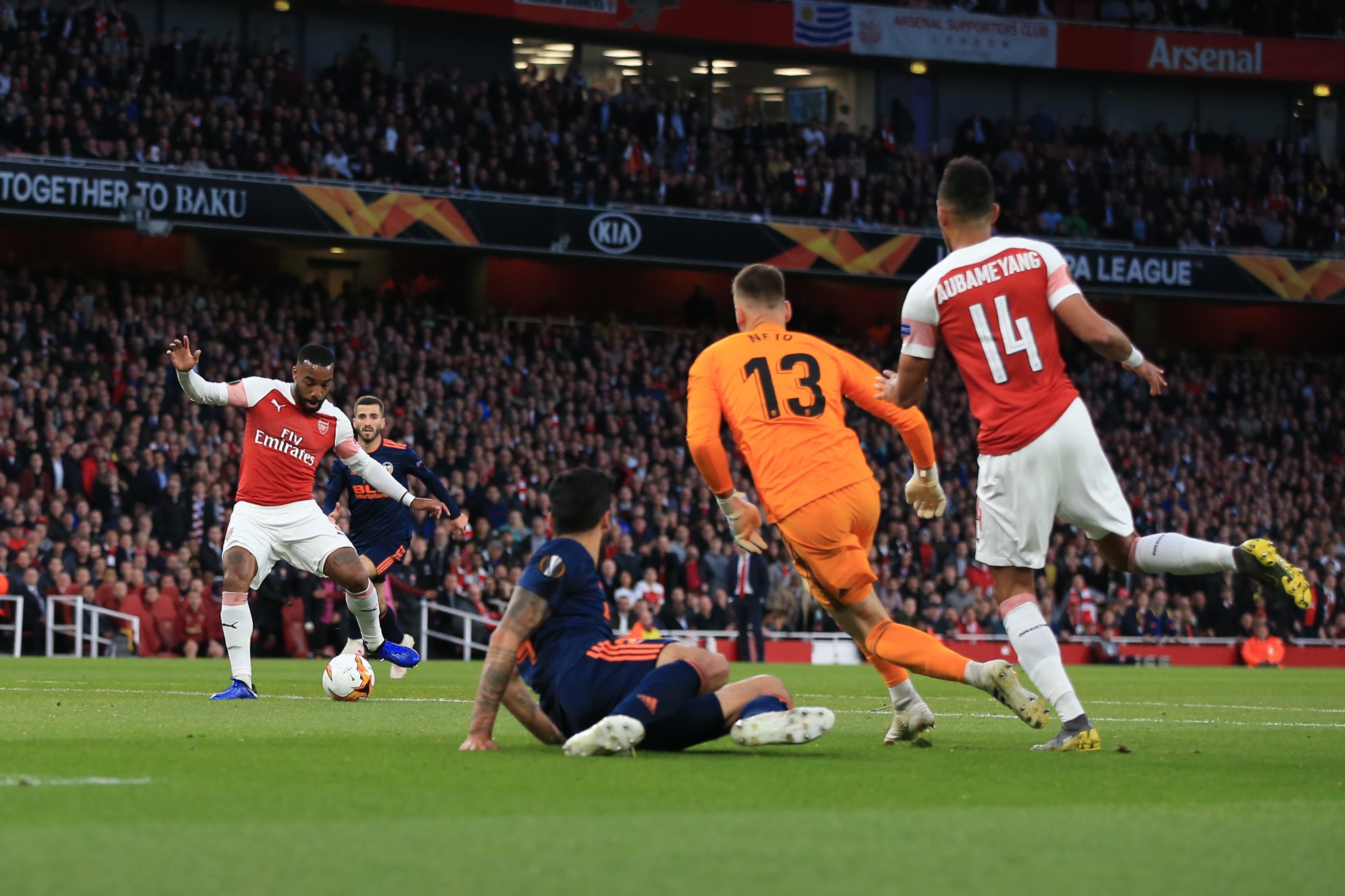 Arsenal are desperate not just for silverware in Emery’s first season but the guarantee of Champions League qualification for next season that winning the Europa League would bring.

A run of three straight Premier League defeats has left Emery’s men needing more favours from Chelsea or Tottenham to stand any chance of a top-four Premier League finish.

The Gunners had conceded three times in all three of those defeats to Crystal Palace, Wolves and Leicester and the same defensive deficiencies cost them again early on.
Lacazette then had two glorious opportunities to complete his hat-trick as he firstly failed to connect with an inch-perfect Aubameyang cross before Neto made a brilliant save at his near post to keep the Spanish side in the tie.

At the other end Petr Cech also had to make a smart stop as he raced from his goal to deny substitute Kevin Gameiro.

The veteran stopper has announced he will retire at the end of the season. 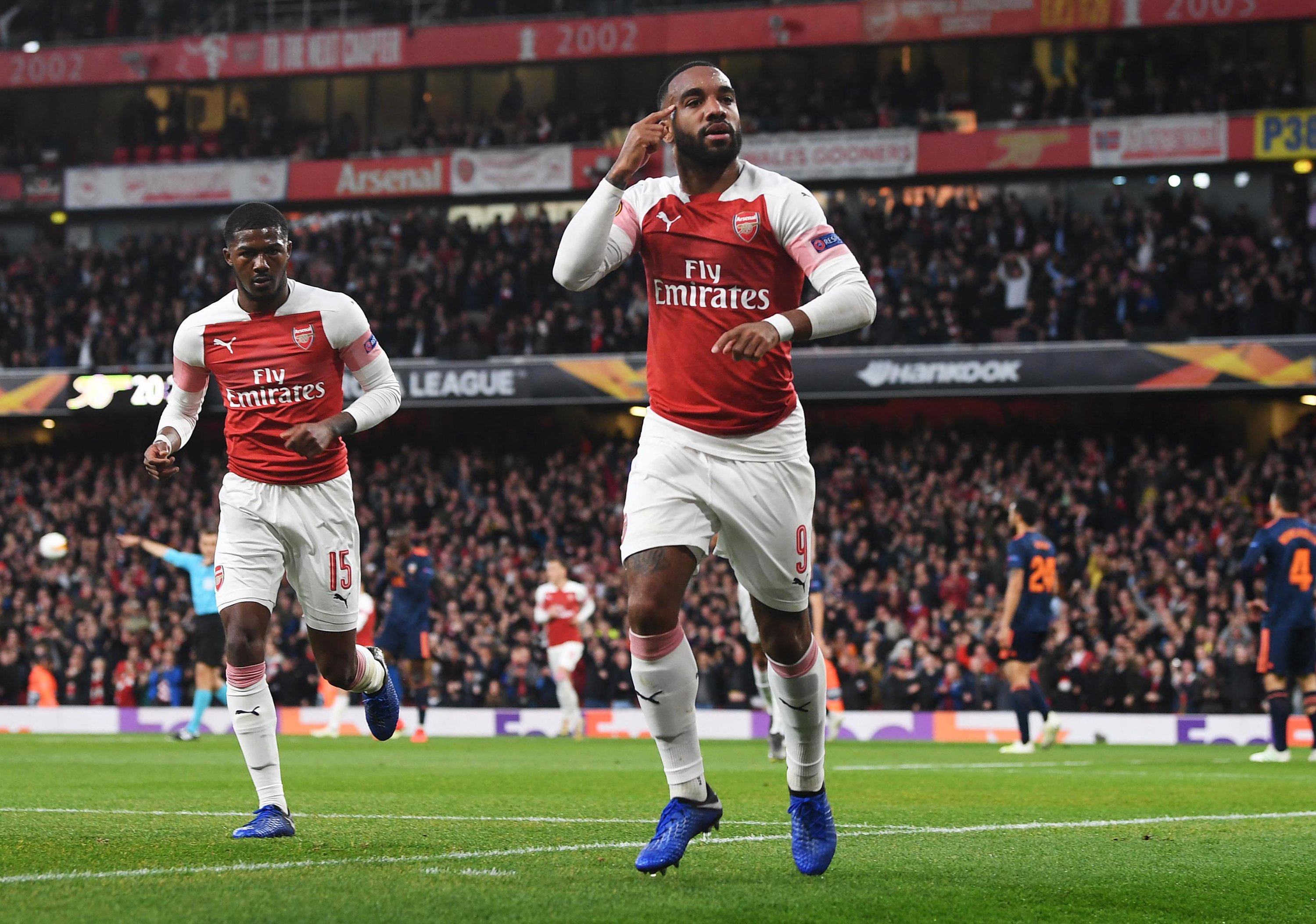 And Cech’s final game could well be against his former club Chelsea in next month’s final as the Blues secured a 1-1 draw away at Eintracht Frankfurt in the first leg of the other semi-final.

Arsenal still have work to do with their terrible away record this season likely to give Valencia plenty of encouragement.

However, they moved much closer to booking their place in Baku when Aubameyang turned home at the back post in the final minute.

With inputs from AFP