Czechoslovakia Football team were a force to reckon, in the past, being the runners up in World Cups twice and winning the Euros in 1976. Since the dissolution of Czechoslovakia and reformation to the Czech Republic, the team finished runners-up in its 1st EUROs in 1996 and were semi-finalists in 2004. Nedvěd, Poborský, Petr Čech, Rosický, Baroš, are some of the stellar names the nation has produced.

By qualifying for the Euro 2020, Czechs are also taking part in the event for the 7th time in a row! They are among the only 6 nations achieving this landmark, but sadly for Czechs, things are not as good as it was. The current Czech team remains a shadow of its former self, and many don’t expect a run beyond quarterfinals (or even group stages) for Šilhavý’s men coming into the tournament.

Czech Republic qualified for the tournament as the runners-up behind England in Group A. They had 5 wins in the qualifiers (including a memorable victory over England) and

Patrik Schick was their top scorer in the campaign leading up to the Euros. The Czech Republic also topped their UEFA Nations League B group, which had Scotland, Israel, and Slovakia.

Their form coming into the tournament can be at the best-called mixed. In the recent World Cup qualifiers, the Czechs recorded a 6-2 landslide victory over Estonia, a hard-fought 1-1 draw with Belgium, and a 1-0 defeat at the hands of Wales.

The 59-year-old, a former defender who holds the record for most Czech top-flight appearances (465), took over the mantle as the national team coach in September 2018. He had won two titles in the Czech top flight and had worked as an assistant coach in the national team in the past. 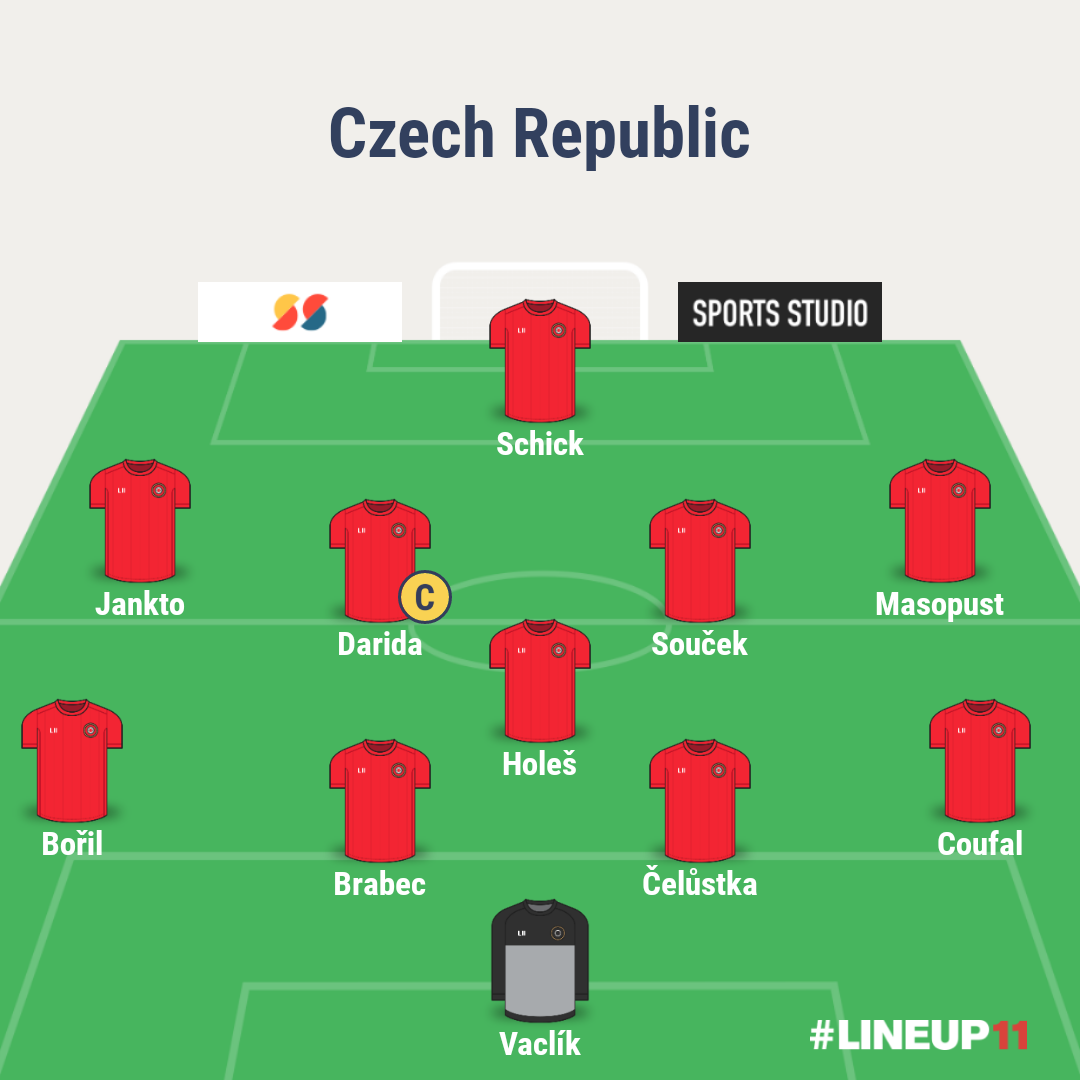 When looking into the aspects of the gameplay, Šilhavý side is a very energetic team that often tries to capitalize on the transitions and thus will have their midfielders overloading the attacking areas. Tomáš Souček has a huge role to play in this regard, similar to his heroics for West Ham, which saw him score 10 open play goals from deep midfield this season.

Though the lack of quality in defence is a concern, the fullbacks will have a crucial role to play down the wings and West Ham RB Coufal and Slavia Prague LB Jan Bořil have proved to be more than capable, the former having an impressive debut season in Premier League. The team captain Vladimir Darida will have the task cut out to set up play in the attacking third. Sampdoria’s Jakub Jankto is a key attacker, who excels on the left.

Injury to midfielder Lukáš Provod and Slavia Prague CB Ondřej Kúdela serving a 10 match ban by UEFA for ‘racist behaviour’ in the infamous incident in Europa League R-16 clash with the Rangers, is expected to have ramifications in the squad, most profoundly in the defence.

In Bayer Leverkusen target man Patrik Schick, the Czechs have an excellent all-around Centre forward who can link up play and also score goals. The top scorer for the nation in the qualifiers will have to continue his scoring form into the tournament for the Czechs to defy the odds. Burnley striker Matěj Vydra is a crucial player who can slot in at multiple positions across the front line.

Adam Hložek. Remember the name. The 18-year-old Sparta Prague forward is the youngest player in the squad. He had an impressive season, scoring 11 goals and setting up another seven in 18 appearances after he missed a spell of games due to injury. He is the youngest player to score a hat-trick in the competition. Though we may not see him starting games, he is certainly a player to look out for in the future.

Formation: The team that plays naturally with a 4-2-3-1 formation, seems to adopt a 4-1-4-1 formation when facing stronger opposition.

Strengths
Big boys? Not a problem.
The Czechs are known to turn up well for the big games and boy do they have big games all over the group. The win against England in the qualifiers and the draw with Belgium recently saw them notch up favourable results and strong performances. More of those needed to have a memorable tournament. Also, the team relies on set pieces more often than not(not as much as England in 2018 WC). They have the players to cause aerial threats in the opposition box. Then why not play to their strengths?

There used to be a time when Czech players were an integral part of the top-tier teams in Europe. Though the current team has a handful of players plying it out in the top leagues, none of them belongs to the top bracket teams in Europe. That ‘moment of magic’ individual quality (or something like that) is not seen in the team. Creativity in midfield and defensive vowes causes concern in the team and needs to be addressed if they have hopes of progressing deep into the tournament. 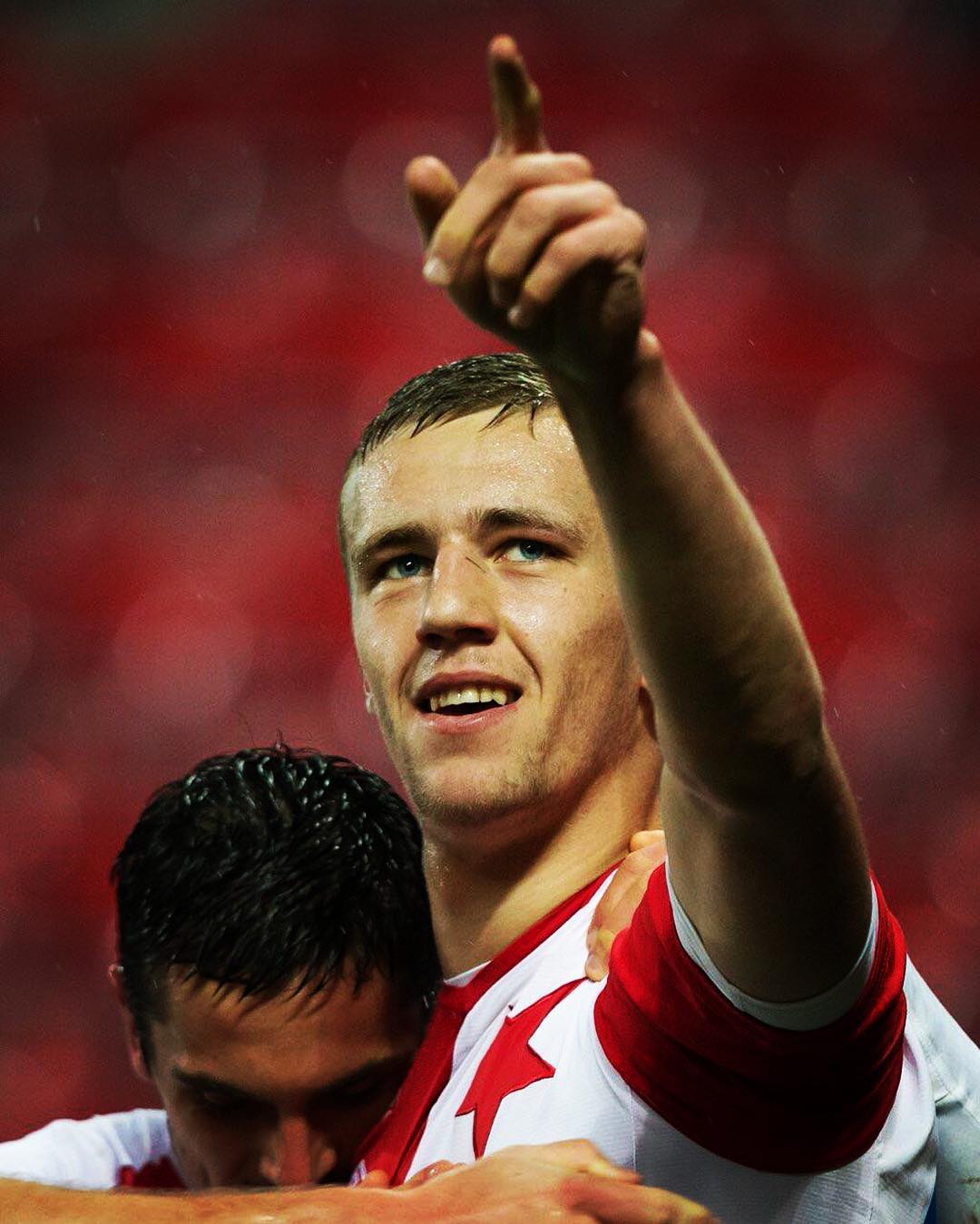 Under David Moyes, West Ham defied the odds to secure a European spot this season, with Tomáš Souček being a vital cog in his side. The tall, fearless Czech was a “fan & fantasy football favourite” and he was rewarded for his performances with an EPL Player Of The Season Nomination. Being The Czech Player Of The Season 2018/19 and voted No.1 by journalists in 2020, the big man will have a big role to play for his motherland in the event.

Czech Republic is in the group D along with heavyweights England and Croatia, and a possible 3rd place qualification up for grabs, the clash with Scotland can come into context and may prove to be significant in the hopes of qualification to the knockouts. However a journey beyond quarter’s seems really bleak but stranger things had happened, which is the beauty of this sport.