Reports are coming out that the Baku Olympic stadium might be half-empty for the second biggest European soccer match of the season going to happen on 29th.

Sky sports said that Arsenal and Chelsea are both sending back thousands of tickets to the final that they could not sell due to its remote location in far-Eastern Europe.

The location and cost is proving a serious issue to supporters, meaning Arsenal and Chelsea have only managed to shift 3,500 and 2,000 tickets respectively, The Times reports. 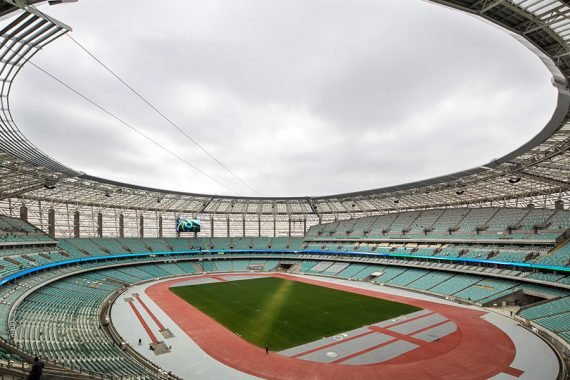 UEFA’s decision to award less than 6,000 tickets to both London clubs was originally met with derision from the footballing world.

Furthermore, Arsenal are also liaising with the Foreign Office after it emerged season-ticket holders with dual British and Armenian citizenship have been denied visas to visit Baku because of Azerbaijani tensions with Armenia.

Their troubles have worsened on the pitch after confirmation Armenian playmaker Henrikh Mkhitaryan will not be in the side for the final. The 30-year-old will not travel with the squad to Baku over security concerns due to the tensions between Azerbaijan and Armenia.

Out of the 6000 tickets offered to each club for the Europa League final, Arsenal have sold 3000 while Chelsea have only sold 600.

Just a reminder that Baku is a host city for Euro 2020.

More evidence that the powers that be having zero respect for the fans. pic.twitter.com/RJ3vqEMPu7

A number of UEFA’s sponsors, each with big allocations, are also reportedly sending tickets back as well. The Times claims that the same travel problems facing supporters are hindering those with the option of freebie entry.

UEFA is in big trouble that the same Baku is going to host the Euro 2020. Before that the association need to work hard to sort out issues on bringing supporters.

I've been a season ticket holder for 33 years I've not missed a final home & away since losing to Luton in 1988. But can not justify spending that amount of money. With no direct flights the place is not easy to get to.And with only 6000 tickets out of 68700 it's an absolute joke

Apparently, all returned tickets will be put on sale to locals. Fans are curious to see if the stadium is full for Europe’s second biggest football final.