A hard-fought 2-0 victory over Inter Milan at the San Siro took Liverpool one step closer to the quarterfinals of the Champions League on Wednesday.

Firmino and Salah’s late goals put Liverpool in a commanding position ahead of the second leg of their last-16 tie at Anfield in three weeks’ time.

Hosts Inter were beaten despite dominating for longer periods after the interval and striking the woodwork with Hakan Calhanoglu’s 16th-minute strike.

Even yet, they couldn’t get past an expertly organised Liverpool defence, and were punished late on by a Reds club that has now won seven of their previous eight matches.

After entering the last 16 of the Champions League for the first time in a decade, Inter currently appears to be a step too far from the quarterfinals.

The final eight now appears to be a step too much for Inter after reaching the Champions League’s last 16 for the first time in a decade.

Simone Inzaghi’s side began with the zeal anticipated of a squad returning to the knockout stages after such an extended absence, and Lautaro Martinez got the fans going in the fifth minute with a long-range attempt that sailed just wide.

Liverpool reacted almost immediately, with Salah’s attempt superbly blocked and Thiago Alcantara firing wide from the outside of the box.

Inter, though, had the biggest opportunity of the half via Calhanoglu, who sent a drive from a tight angle that evaded Alisson but slammed off the crossbar after being passed by the rampaging Ivan Perisic.

They were unfortunate again ten minutes later, when Denzel Dumfries whipped over a low cross that was cut out just as it appeared to be heading for the feet of an unguarded Edin Dzeko.

After the break, Inter swarmed around an obviously jittery Liverpool, but Van Dijk and company kept getting a foot or a head in just as danger appeared nigh, making it impossible for Inter to break through. 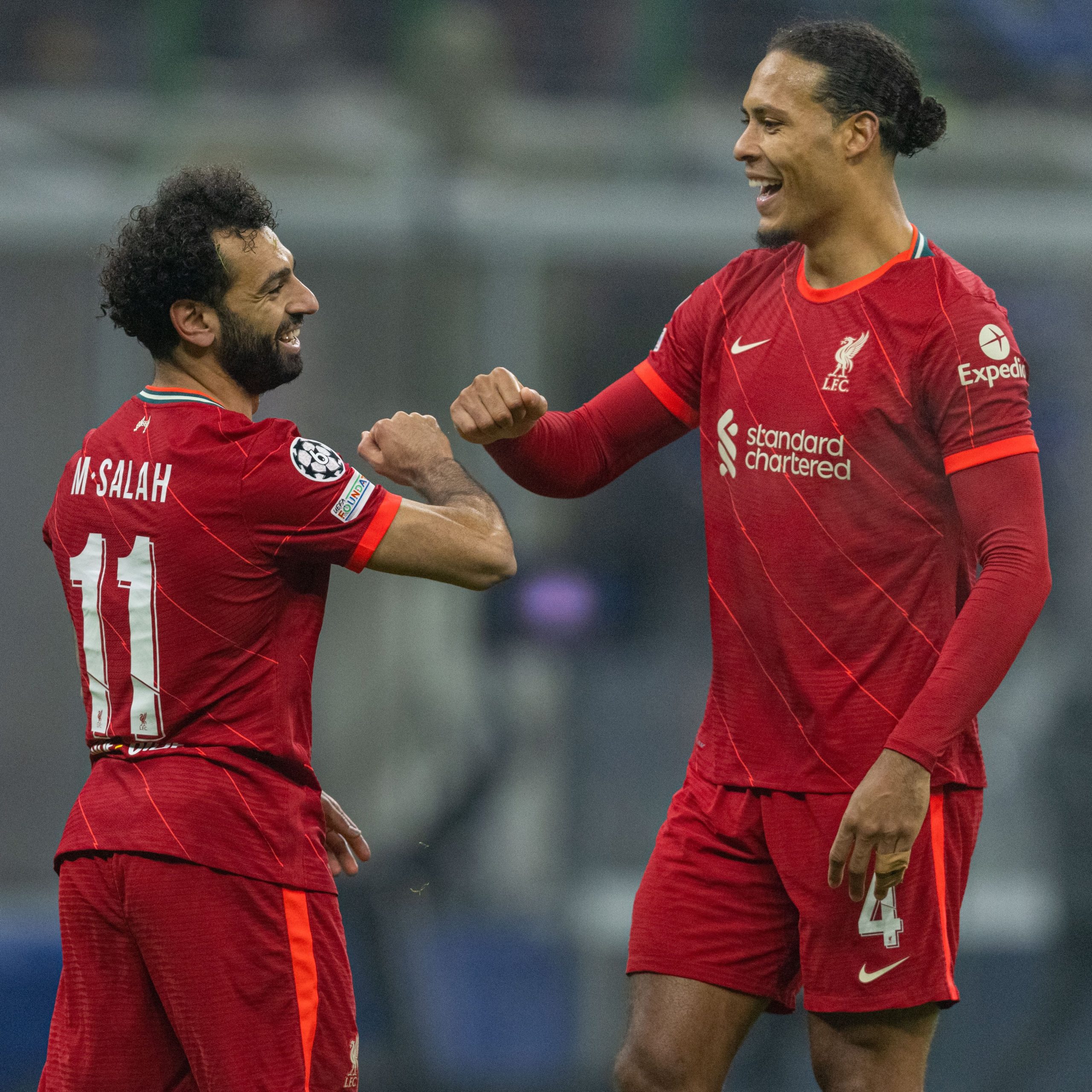 It was the 52nd minute when Perisic hovered over a lovely cross that Martinez just couldn’t get to, and Liverpool rebuffed an increasingly disgruntled Inter squad time and time again.

In the 75th minute, Firmino pounced on a loose ball from Andy Robertson and headed past Samir Handanovic to give the visitors the lead for the first time.

Eight minutes later, Mohamed Salah scored a lucky goal that slid into the back of the net and gave Liverpool a big lead in the Champions League.

With the San Siro atmosphere completely deflated, Liverpool comfortably saw out the remainder of the game, nearly ensuring themselves a spot in next month’s draw for the final eight.