Arsenal’s unbeaten run ended devastatingly as a resurgent Liverpool mauled them at Anfield on Saturday.

Sadio Mane, Diogo Jota, Mohamed Salah, and Takumi Minamino scored as Jurgen Klopp’s side brushed aside the Gunners with a 4-0  rout.

The Reds, who dropped points in the previous matches, moved up to second place in the Premier League and reduced the gap to four points behind leaders Chelsea, who had gone six points clear with a comfortable win over Leicester City earlier on Saturday. 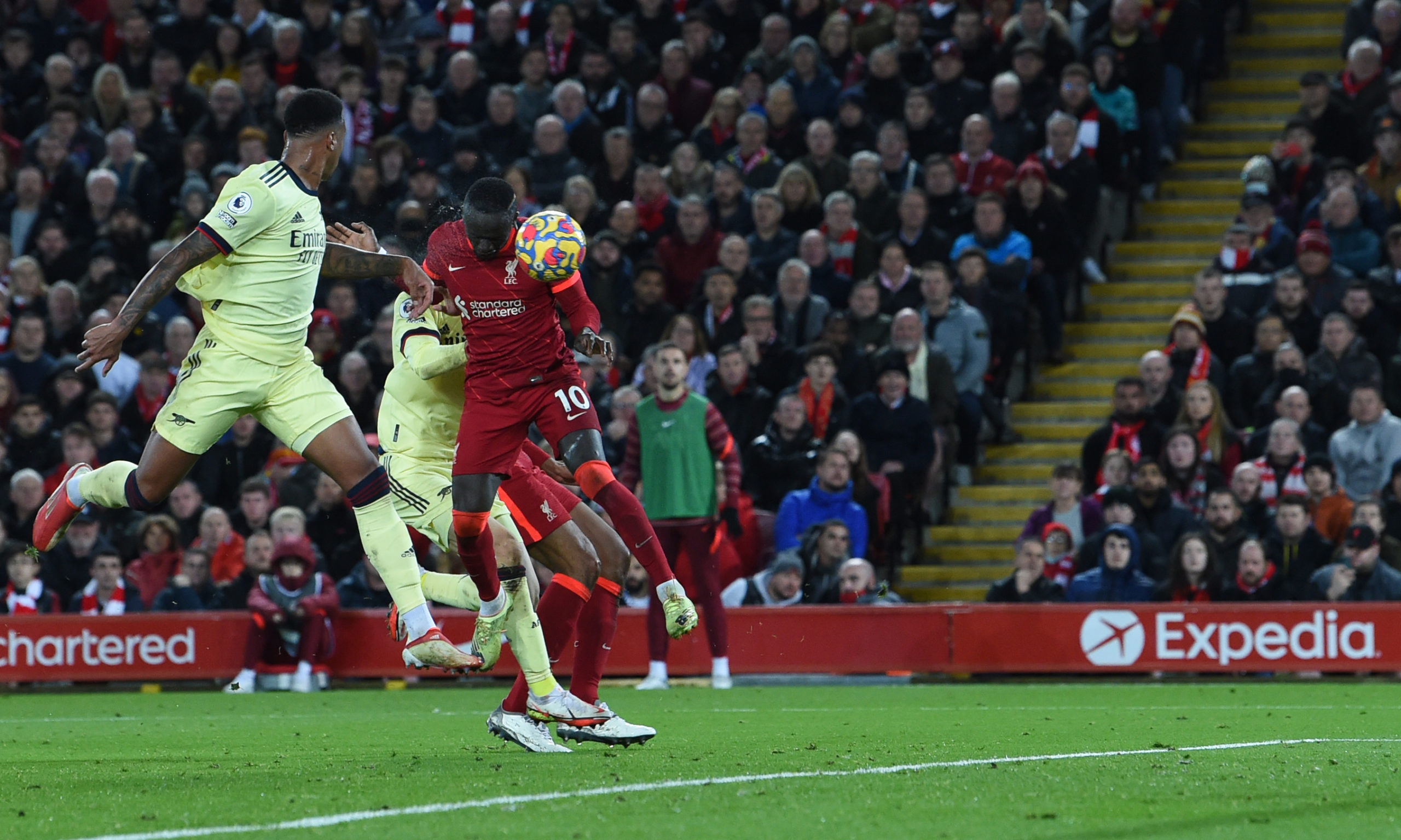 In an eventful first half, both managers –Klopp and Arsenal’s Mikel Arteta – indulged in an ugly bust-up and received yellow cards following a contested header between Mane and Arsenal defender Takehiro Tomiyasu.

The incident sparked an increased intensity in the game, soon resulting in Liverpool taking the lead through Mane, who headed home a deep cross from defender Trent Alexander-Arnold.

Jota extended the hosts’ lead shortly after the restart as he capitalized an erratic pass of Arsenal’s Tavares and showed great composure to wrongfoot opposing defender Ben White and goalkeeper Aaron Ramsdale before stroking the ball into an empty net.

Salah, who had come close on numerous occasions, added one of his own on 73 minutes, tapping home from a Mane cross.

Minamino put the game into bed with his first touch after coming off the bench following a inch perfect cross from Alexander-Arnold. 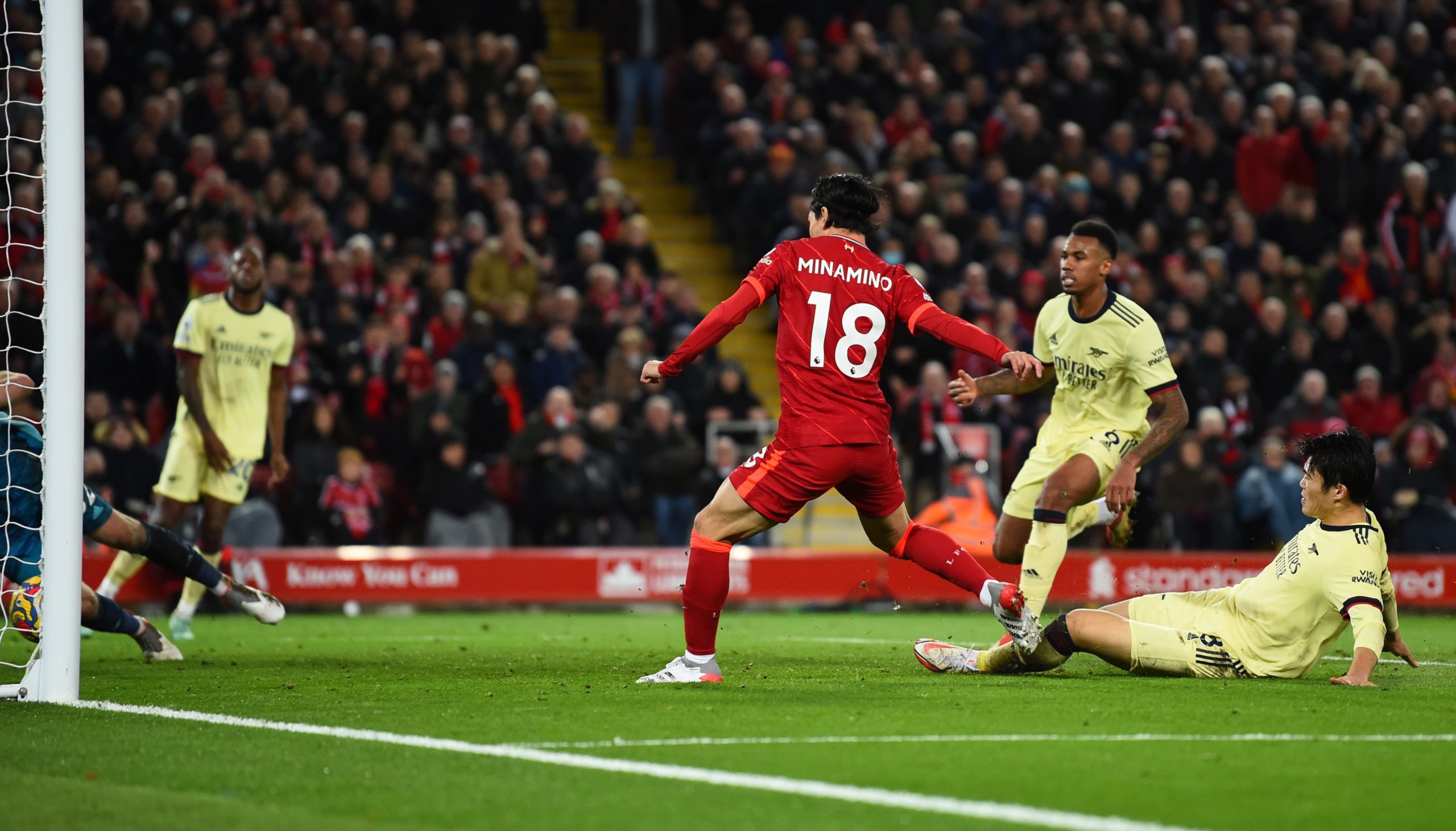 Talking about the heated exchange with Arteta, Klopp said that he deserved a yellow card for the incident.

Klopp said: “It wasn’t the plan – the situation was that Sadio [Mane] goes for a clean heading challenge, no one makes a foul and they get up and for me it’s a bit too obvious that there was nothing. He’s just a physical player – you can’t do that it happens too often and it’s not right. When they rise up from the bench it’s difficult to not get up and say something.

“It was about the situation that it was no foul from Sadio [Mane] but the Arsenal bench went up like it was a red card. I asked what they wanted in that situation.

Arteta was visibly frustrated with the result caused by a disjointed performance.

He said his side completely crashed in the match, giving away the ball too easily.

“At 1-0 down we go to half-time, it is the moment we have to be patient but we were completely the opposite,” said Arteta. 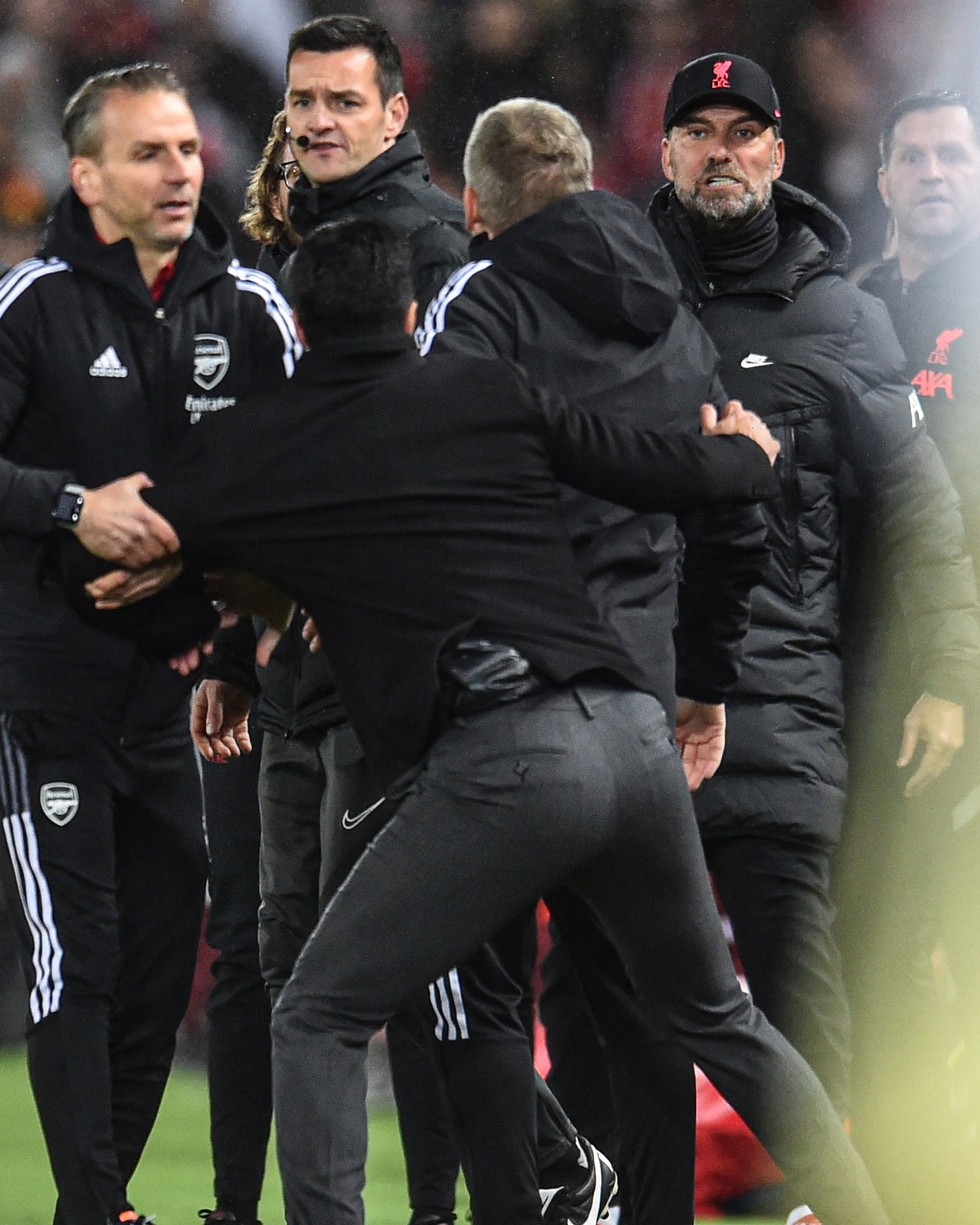 “We completely crashed. That’s why we lose the game – the rest is a consequence of the frustration of having to chase the game.”

Speaking to Sky Sports, Arteta added: “We know they will punish you. They can press, they are one of the best at it. Mistakes are a part of football.

“We showed for 45 minutes we could compete with them. We crashed for 15-20 minutes, we threw the game away and that is the learning from today.

Ole to be sacked after Watford thrash hapless Man Utd