Marching on Together with Marcelo Bielsa and Andrea Radrizzani

The rise of Leeds United

Premier League Saturday on 12th September 2020 stunned football fans around the world as it did Liverpool FC, in the reigning champions’ first match of the season. Reason: The recently promoted Leeds United FC.

It wasn’t a surprise when the 3rd minute of the match saw the “inexperienced” defence of Leeds concede a penalty which Liverpool’s favorite Mo Salah perfectly executed putting the champions at a lead of 1-0. But what followed was beyond a surprise. The English midfielder Jack Harrison persisted against Liverpool’s defence and scored an equalizer to Salah’s penalty, making an early declaration on behalf of his team: Liverpool wasn’t going to have it easy.

For those who caught the match live, it was a rollercoaster of emotions, irrespective of where their allegiances lay, as what the two teams displayed on the day was simply exemplary football. Liverpool, the reigning champions against the underdogs Leeds United in their first match of the 2020-21 season of the English Premier League ended with a not-so-disappointing score of 4-3, after a match-winning hat-trick from Salah.

But how did a team playing the first division of English football after 16 long years of Championship and League One suddenly pull a stunner (almost to victory) on England’s current best?

Two names proved to be constants in their fans’ answers:  Marcelo Bielsa and Andrea Radrizzani. 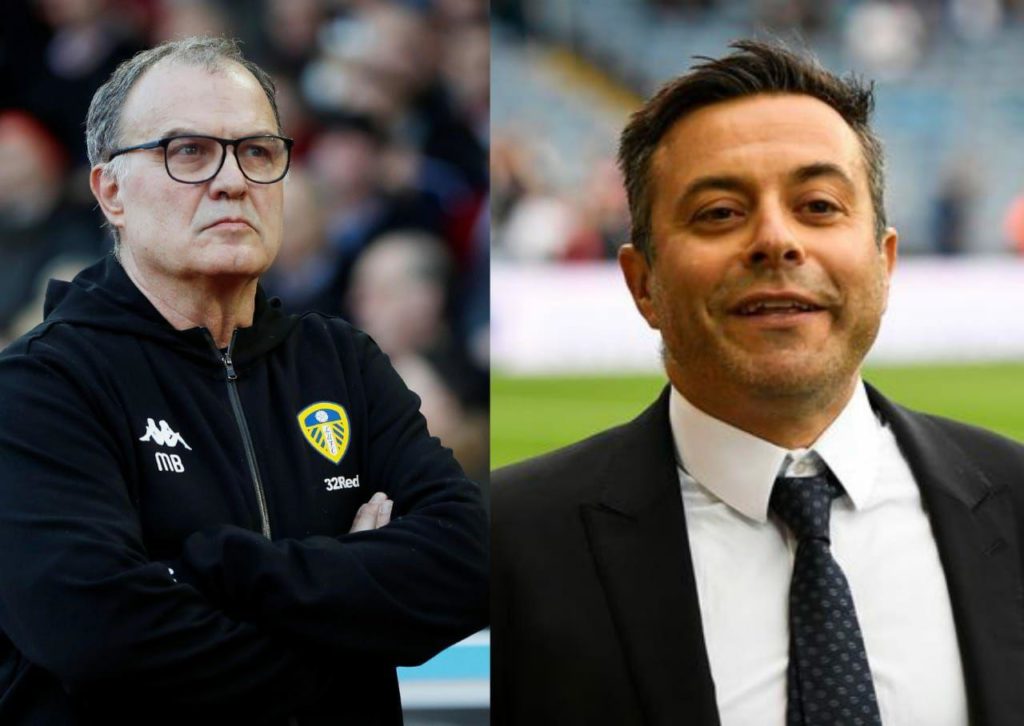 It was after the current Chairman of the club Andrea Radrizzani took full ownership in May 2017 that the club began on its journey to the Premier League. Radrizzani proved his commitment to the city by bringing back the Leeds Ladies FC under the Leeds United brand, making them Leeds United Women F.C. again after the previous owner of the club Massimo Cellino had stopped their funding in 2014. Radrizzani’s intent was clear and his ambitions were high. To assert his seriousness about the team’s future, he went on a recruitment spree, aiming for PL quality management, building a worldwide fan base, and of course, cultivating hopes for promotion to the first division.

Leeds United had found an anchor in Radrizzani, but still lacked a footballing force that could transform the club. Radrizzani mentioned that he DID NOT want someone with ideas rooted in reality, as what the team aspired to achieve was something surreal. It was the club’s newly appointed Director of Football, Victor Orta who suggested a name. A name that would come to be connected with the club’s quick ascend to achieving everything the chairman had hoped for. The name of a man who, according to Orta, made the people around him want to be a football manager.

This Argentine coach led his country to the Athens Olympics Gold in 2004, a first in their history, and is the embodiment of the Hispanic passion in the beautiful game for many. Rosario, a city famous for having contributed to the world, football’s finest- Lionel Messi, is also home to Estadio Marcelo Bielsa the Marcelo Bielsa Stadium, the home of Newell’s Old Boys, a team where a young Bielsa played and later managed.

Under him, Leeds United’s Championship season of 2018-19 was going to be different. Surreal, like Radrizzani had hoped for.

Marcelo Bielsa almost single-handedly turned around the spirit of the team. While the Leeds fans believe Bielsa might have saved their captain Liam Cooper’s career, Cooper himself thinks highly of the manager. While speaking with BBC Scotland Sportscene, Cooper said, “He’s obsessed, he’s obsessed with coaching, with improving players and he’s definitely done that to our squad and we’ve reaped the rewards from the two years working with him. From a team that finished 13th/14th the season before he came in to be in the top two for almost two years is some going in the Championship.”

Cooper also stated “He has switched on everyone. The management, the players, even the fans. He is changing the culture of the club. And he is the epitome of the change an individual can bring to the game for a team.” Something the fans of the club preach by. Cooper has also spoken about Bielsa’s approach- “Measured and sensible, all his decisions are specific and to the point. He sees potential and scope in everyone and everything.”  Hailed for the equality with which he treats everyone, Bielsa managed to create individual goals for all at Elland Road.

As the Whites celebrated their centenary year in 2019, Andrea Radrizzani only had one thing to ask in return: promotion to the Premier League. And, with Marcelo Bielsa at the helm, the 2018-19 season was nothing short of a dream run for the Leeds United. Before the Christmas break, they saw themselves at the top of the table and were favourites to win it all, but the New Year had something different in store for the club.

January 2019 saw Marcelo Bielsa in the middle of a controversy. Ahead of their match against Derby County an incident came to light, something which could potentially tarnish the legacy which was being created by the Leeds 2019 team. A controversy which came to be labelled ‘Spygate’ by the British media called out Marcelo Bielsa for having planted “spies” outside the training ground of Frank Lampard’s Derby County before they played Leeds United in a home match. 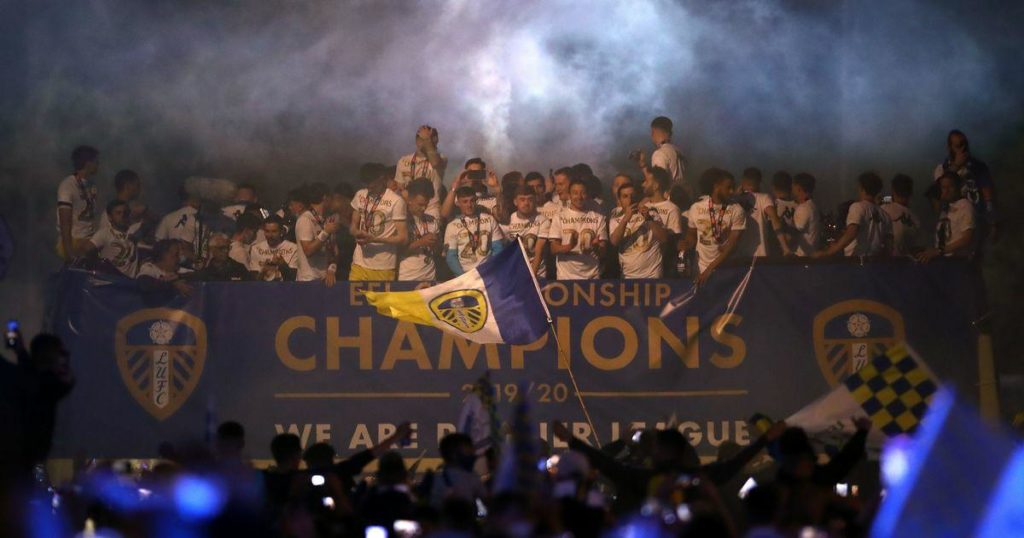 Bielsa accepted the allegations and admitted that he had indeed “spied on” every team he had ever played against. In a press conference that left an entire roomful of journalists speechless, Bielsa delivered a presentation about the research that goes behind every opponent and every match he manages. At the press conference, he proceeded to share a personal anecdote from his life from when he was managing Athletic Bilbao and spoke about how his research and “spying” for that matter, had turned futile against Pep Guardiola’s Barcelona in the Copa Del Rey final of 2012.  As an acknowledgement of Pep’s brilliance, Bielsa sent over the binder he had organized by researching on that Barcelona side, which made Pep exclaim “You know more about Barcelona than me!”

“Research, and what you call ‘spying’ are a part of my process. It helps deal with my anxiety before a game”, said Bielsa. “It is something common back in Argentina or Latin America, for that matter.” he said dismissing any probes as to whether the incredible results he was producing for the club were a product of unethical means.

English club football was forced to create and implement a rule against ‘spying’ later in 2019, after the Spygate incident as it was something unprecedented in the history of recorded English football.

Despite the best efforts from the team’s players, coach and administration,  in an unexpected turn of events, Leeds United fell short not only of winning the Championship but also of finishing second and being promoted to the first division. Leeds United finished second in the 2018-19 season, but they did make one thing clear: They were a changed team.

They came back in the 2019-20 Championship season with the same grit they displayed in the previous season, and this time, they took it home.

Today, in September 2020, the name Leeds United has taken up a place in the minds of English football fans all over the world.  However, it might be surprising to hear that the club has a history of being England’s most hated, thanks to them adopting a European style of play in the second half of the 20th century. In the 60s, they even changed their kit to white shirts, shorts and socks, to match the Real Madrid kit.  The team was also known to have an “attitude” problem in the era. All of this led the countrymen into believing that Leeds had “abandoned” the true essence of English football.

Back in Leeds United’s prime, in the 1990s, they shared a heated rivalry with Manchester United but gradually lost their upper hand to the Red Devils as administrative and financial mismanagement in the turn of the new century saw Leeds United plummeting into the Second Division. The defenestration of Leeds from the Premier League in 2004 was so horrible that ‘Doing a Leeds’ became synonymous with the toppling of a football team.

However, given the widespread hatred against the Whites, save the crowd at Leeds, the rest of England wasn’t bothered by the team’s saga of relegations and promotions that ensued in the Second and Third Divisions of the game in the next decade and a half.

Finding their way back to the Promised Land of English football was a long journey for the club. It took five owners, 15 managers and 16 years for Elland Road to see a Premier League home match.

The story of Leeds United’s promotion to the first division has been nothing short of historic, rest assured, this Premier League season can expect to witness more of the Bielsa magic that made it all possible. At least, what the fans regard as magic.

The players have compared the training in Bielsa’s ground to a military camp. The Madman values fitness and tactical superiority over everything else and has already marked the beginning of something beautiful at Elland Road–The Bielsa Ball–a fast-paced style of football, with relentless pressing, and rapid counter-attacks, which is being hailed as a vertical Tiki-Taka.

As they play their 101st year of football, Leeds United expects to be acknowledged as a threat, if not feared by their opponents in the current season of English Premier League.

That much they made clear at Anfield.

Their game strong and bold, Leeds United is here to stay.