Mesut Ozil and Ozan Tufan were both omitted from Fenerbahce’s first team squad on Thursday morning, as per a club decision.

The reason behind the decision is unclear, particularly given how well Ozil was performing on the field.

A very short statement in the official website of the Turkish Suer Lig side reads:  “Our Football A Team players Mesut Ozil and Ozan Tufan were excluded from the squad as per the decision taken. It is announced to the public.”

According to The Athletic, head coach Ismail Kartal made the decision, which is not considered to have anything to do with the German’s on-field performance.

🇹🇷 Mesut Ozil has scored eight league goals for Fenerbahce this season; he hasn't scored more in a single league campaign since netting nine in his final year for Real Madrid in 2012/13 pic.twitter.com/I5owny8dc9

The 33-year-old frequently wore the captain’s armband for Fenerbahce this season, scoring nine goals in 26 appearances — including one against Alanyaspor just two games ago.

In a recent match Ozil was replaced at half-time with Fenerbahce trailing 1-0. They eventually won the match, although there was some speculation that Ozil lacked match fitness. 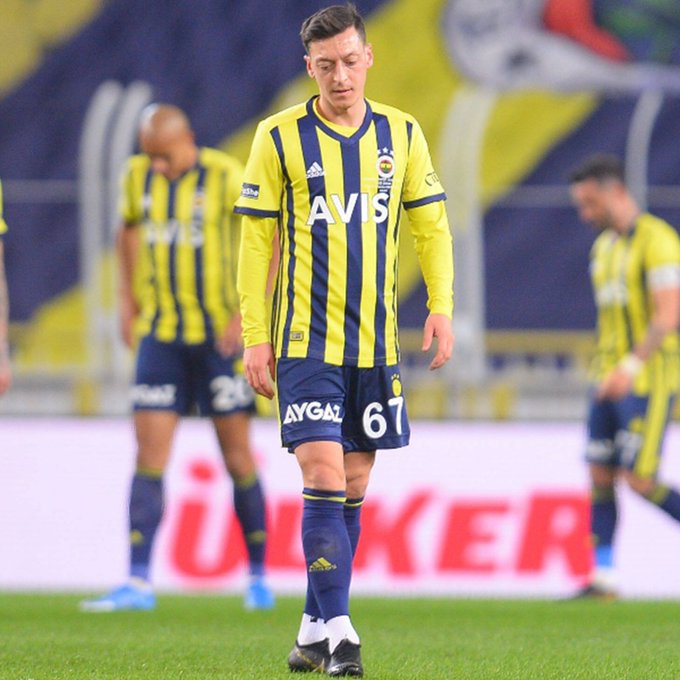 The biggest disadvantage of Ozil’s season thus far has been a couple of injury setbacks. He had a handful of minor groin injuries in the first half of the season and then missed roughly a month of action in early 2022 due to a spinal ailment.

As a result, the former Arsenal playmaker has made just 14 Super Lig starts in 30 games with Fenerbahce.

The Turkish giants have also confirmed the omission of midfielder Ozan Tufan, who spent the first half of the season on loan at Watford before returning to his native club in February.