How do you tell the story of the footballing journey of a lifetime? A journey that started in Milan in September and ends in Madrid on Saturday. A journey that has seen the depths of despair and the highest of highs – in one case, all in the space of 67 seconds!

Who better than Mauricio Pochettino to take us through the range of emotions?

From anger in Milan to tears in Amsterdam, these are key steps on our journey to the Champions League Final, in Mauricio’s words.

"No words can describe the emotion. I can only cry again."

“In all periods, it’s always up and down. Painful moments, happy moments and the most important thing is that we enjoy every single moment. We always have the balance, always in a good place, with good moments and good results and bad moments and bad results. Keep the balance, that’s the key to arriving where we arrive now. For me, it’s magic. I think now, we’re living the dream and I hope the dream finishes in the best way and we win the final. That could be the most beautiful history in football. We are going to give our best to win the trophy. We have an amazing opportunity but the journey was also amazing.”

? Mauricio on team selection: "It’s not going to be easy to make a decision tomorrow and every game you need to take a decision. Tomorrow we will have all the information and we will take the best decision to try to win."#UCLfinal ⚪️ #COYS pic.twitter.com/XkIeBg17uK

“I was crazy after this game. We were playing so well, we deserved to win the game but we lost focus in the last few minutes and conceded two goals which meant the start of the Champions League wasn’t how we dreamed. We came back home and the next game was Brighton. I could not forget the performance at Inter and the meeting was talking about that game, not Brighton. The message got across. We played well at Brighton and won. But this was a tough moment to accept when we had victory in our hands.” 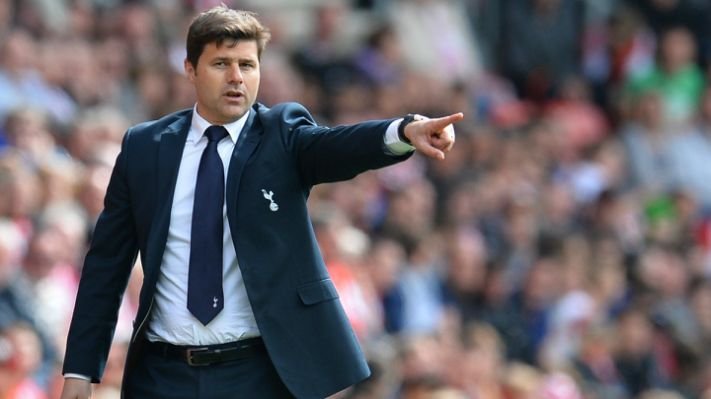 “We prepared for the game but then conceded a goal inside a few minutes. That changed the plan completely. Messi was unbelievable. It was his best performance of the season. We lost but the feeling was good. We knew if we played like that we would have a good chance of being in the next stage of the Champions League. Two games, two defeats but the belief was there.”

? Mauricio on team spirit: "Football is a collective sport and the 25 players are so important. The energy of the players not playing will also be decisive in the dressing room."#UCLfinal ⚪️ #COYS pic.twitter.com/SJJdZZNJfH

“It was a tough moment. The negativity started to arrive. People started to talk about no-one with one point from three games had qualified for the last 16 of the Champions League. That was the fuel for us. Why wasn’t it possible? From there, we built the second half of the Champions League. No-one thought at that point we were capable of doing what we’ve done – a massive lesson to never give up.”

“I’m still emotional, very emotional. It was an unbelievable moment. One of the greatest moments in my career, one I’ll always remember. It’s incredible what we did against a team bidding to win everything. Over two legs, we were able to beat them. I’m so grateful to have the possibility to live this type of moment. We showed great spirit. That is the secret. It’s obvious that we have unbelievably talented players – that’s why they are at Tottenham. Then it’s about another area so important, the mental, emotional area. We’ve built a great spirit capable of providing the group a step more to cross the limits. We start to show we are a family, the spirit to fight to the end.”

? Mauricio: "It’s amazing to think that 10 months ago we would be here. To get to the Champions League final is the most difficult thing. We want to win."#UCLfinal ⚪️ #COYS pic.twitter.com/QxeRQ0WMy2

“I’ve no words to describe that emotion. I can only cry again. It’s impossible to describe it, a magic moment. There are a lot of people who empathise with us. It happens to me when I am watching games, finals, it happened in the past and you empathise with your heroes when they show emotion. That’s what happened, all around the world. It was an amazing night. We talk about Mauricio, Jesus (Perez), Miki (D’Agostino), Toni (Jimenez) but then it’s about all the names who welcomed us five years ago when we arrived here. Today, all the staff share the same feeling. We are all part of the process and it’s so unfair if I just say ‘it’s Mauricio, it’s Jesus, John (McDermott), Steve (Hitchen), everyone feels part of this project. We are all important in a successful moment we are living. We are one team today.”