Almamy Toure blocked Vinicius Junior’s goal-bound shot for Real Madrid in the early stages of the annual match between the winner of the Champions and Europa Leagues.

Shortly before halftime, Carlo Ancelotti’s LaLiga champions took the lead through David Alaba, who scored from close range after Casemiro headed the ball back in front of an open goal following a corner kick.

Real remained in command following the intermission, forcing Kevin Trapp to make another fine save in the 55th minute on a deflected Vinicius shot, before Casemiro rattled the crossbar two minutes later.

Benzema scored his 324th goal for Los Blancos in the 65th minute, and Real Madrid saw out the remainder of the match with little threat from their Bundesliga opponents.

“He’s a very important player, a team leader,” Ancelotti said. “If we’re here it’s largely due to his merits, he scored a lot of goals, he finished the season well, he scored a goal today and now he’s going for the Ballon d’Or award.” 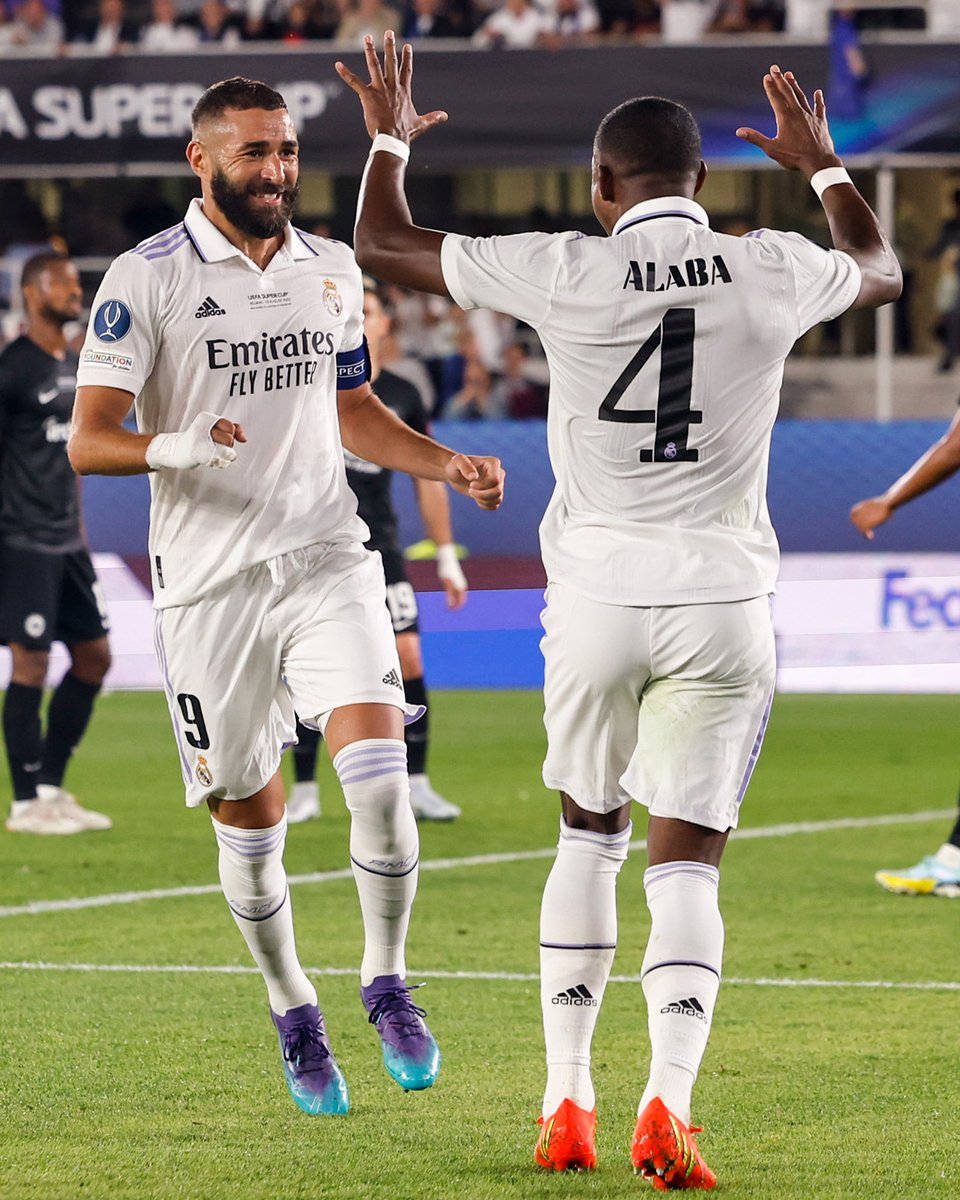 Ancelotti becomes the first coach to win the trophy four times with this victory. The Italian manager selected the same starting lineup that began the Champions League game in Paris in May.

Eintracht were without playmaker Filip Kostic, who is nearing a transfer to Juventus, but appeared more disciplined than in last week’s 6-1 loss to Bayern Munich in the Bundesliga opener.

“Eintracht were very closed and we found it difficult to find our rhythm, but we did it well then,” Ancelotti said. “It’s difficult at the beginning of the season to be in top form but we now have won to start the season well.”

The victory tied Real with AC Milan and Barcelona, who also have five Super Cup victories.

Madrid will begin LaLiga campaign against Almeria on Sunday, while Frankfurt will play their second match of the season in Germany’s top flight away against Hertha Berlin hoping to recover from the heavy defeat against Bayern Munich in the first match.