Host nation Brazil have announced their 23-man squad for the 2019 Copa America with a mix of experience and youth.

Super star Neymar was included in the squad despite his recent injury problems and disciplinary setbacks endured with Paris Saint Germaine in France. 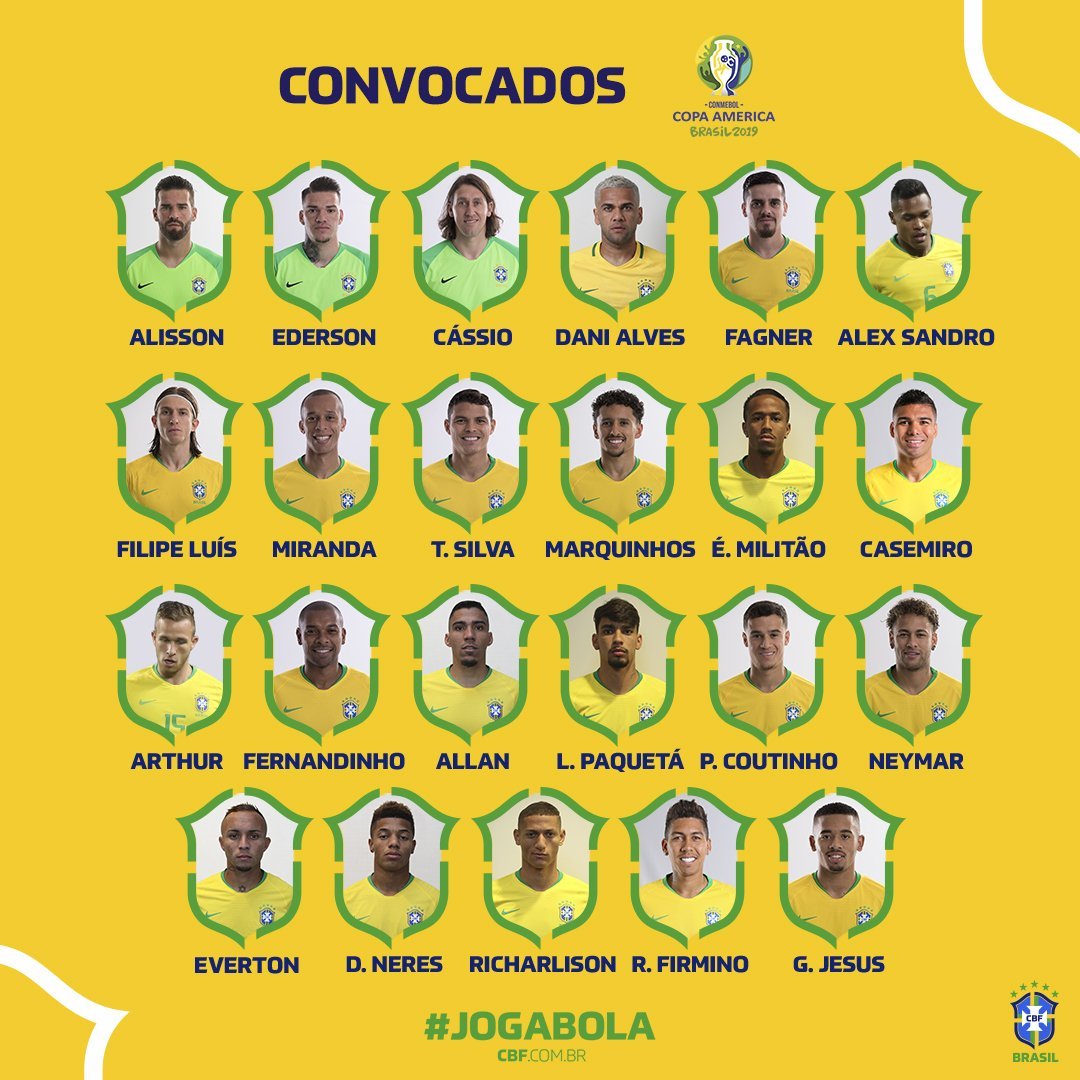 However Real Madrid duo Vinicius Junior and Marcelo missed out to make the list as a clear indication for the Spanish giants’ poor run in LaLiga and Europe in the season.

Premier League has plenty of representation with Ederson, Fernandinho and Gabriel Jesus of Manchester City, Liverpool duo Alisson and Roberto Firmino as well as Everton’s Richarlison all included.

However despite the Champions League heroics, Tottenham Hotspur’s Lucas Moura could not attract Tite’s attention.

You know Brazil have some serious talent when these players don’t make their Copa America squad ??? pic.twitter.com/aqTszF1SmH

The eight-time winners face Bolivia, Venezuela and Peru in the group stage, which start on June 14, after two friendlies against Qatar and Honduras.

Atletico Madrid to close season with Beitar friendly in Jerusalem