Real Madrid extended their lead at the top of La Liga to ten points with a comfortable away win against Mallorca.

After a goalless first half, Vinicius Jr pushed Real ahead 10 minutes after the break, finishing a Karim Benzema feed.

Benzema, who scored a hat-trick in Real Madrid’s 3-1 victory against Paris Saint-Germain to earn a 3-2 aggregate victory in the Champions League last 16, later added two goals of his own.

He converted a penalty following a foul on Vinicius and headed in a third.

Mallorca came close to grabbing the lead as the game remained goalless, but Pablo Maffeo’s attempt rebounded back against the upright. 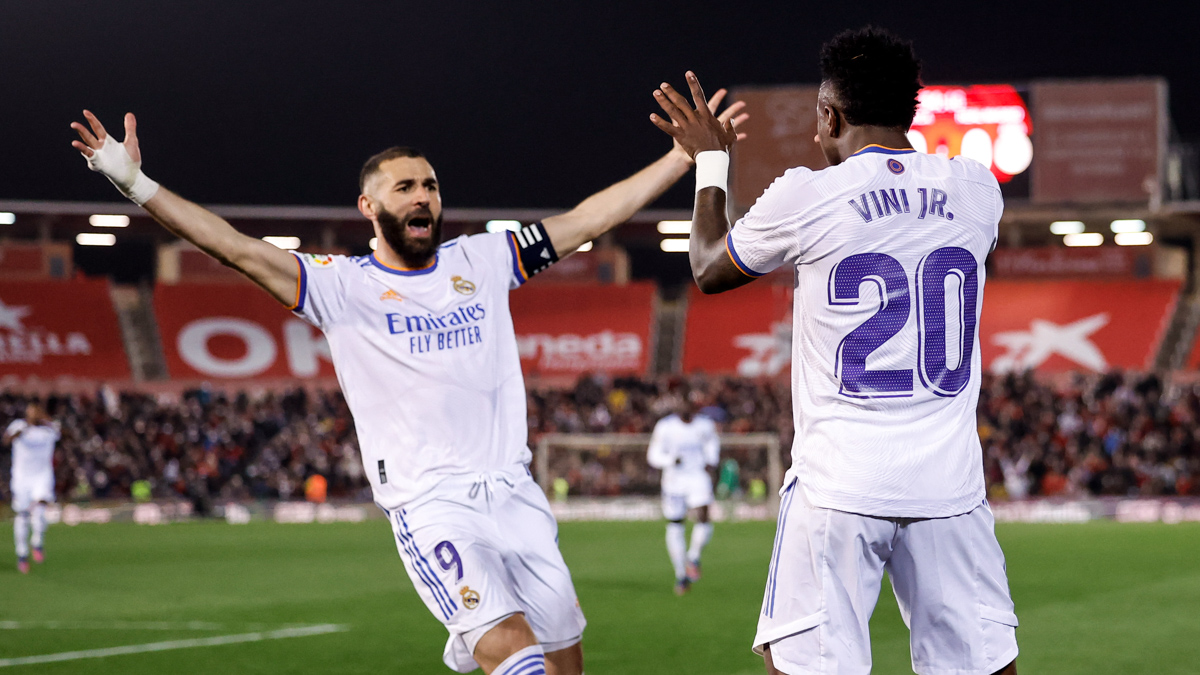 Real Madrid lead Sevilla by ten points with ten La Liga games remaining for both teams, with arch-rivals Barcelona and Atletico Madrid a further five points back in third and fourth place, respectively.

Real Madrid will meet Barcelona in Sunday’s El Clasico at the Bernabeu.

Atletico, who meet Manchester United at Old Trafford on Tuesday in the second leg of their Champions League last-16 encounter following a 1-1 draw in Spain, won the Spanish title last season, finishing two points ahead of Real Madrid.

Zinedine Zidane resigned as manager at the end of the 2020-21 season, while Carlo Ancelotti returned to Real Madrid from Everton following a time in command between 2013 and 2015.

Despite winning the Champions League and World Club Cup during his first season at Real, Ancelotti failed to win La Liga, but is currently in a great position to lead Real to their 35th Spanish crown.