A Syrian soccer player who later became an icon of the rebellion against President Bashar Assad has died of wounds sustained in a battle with government forces, the rebels said Saturday.

Abdelbaset Sarout, 27, was a popular goalkeeper in his home city of Homs who won international titles representing his country.

The revolutionary uprising against Asad in Syria was quelled with ammunotion which led thousands including Sarout to take up arms and fight. Sarout led protest rallies and became known as the “singer of the revolution” for his songs and ballads.

Sarout later led a unit of fighters against government forces and survived the government siege of Homs which killed thousands. The government declared Sarout a traitor, banning him from soccer and offering a reward for information leading to his arrest.

He remained an icon among Syria’s opposition who referred him as the “guardian of freedom,” a play on the Arabic word for goalkeeper.

“He was both a popular figure, guiding the rebellion, and a military commander,” said Maj. Jamil al-Saleh, leader of Jaish al-Izza rebel group, in which Sarout was a commander. 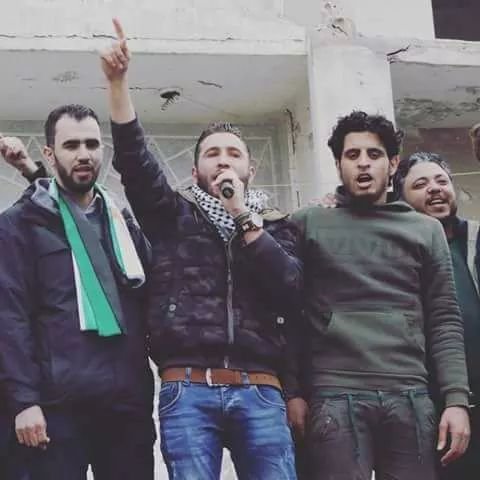 “His martyrdom will give us a push to continue down the path he chose and to which he offered his soul and blood as sacrifice.”