Extra-time joy for Spain in an extraordinary match

Morata and Oyarzabal hit extra-time winners as Spain survived an incredible Croatian comeback to win 5-3 in a European competition classic.

Spain certainly knows how to do things the hard way. But with matches like this, no one’s complaining. La Furia Roja gifted their opponents the opener, scored thrice to take a seemingly secure lead, threw it away in the last 5 minutes of normal time, then scored two unanswered extra-time goals in this madcap, thrilling goalfest.

It was the sort of football match one dreams of seeing – high-scoring, closely fought, raucous, brilliant, tragic and ridiculous. The vanquished Croats played their part incredibly well, the underdogs with not enough quality but almost too much heart and determination. But in the end, the night belonged to Spain.

The game was played in a nearly packed, boisterous Parken Stadium in Copenhagen, where Croatia fans easily outnumbered their Spanish counterparts. This was evident in the volume at which Spain’s passing carousel was booed as they began in typically dominant fashion. That dominance had been sterile in their first two matches, but they had found their shooting boots against Slovakia and looked very dangerous in the opening 20 minutes here.

They should have gone in front 15 minutes in after Pedri’s diagonal ball found Koke one-on-one with Dominik Livakovic, but the midfielder misplaced his composure and fired straight at the keeper. Then Alvaro Morata mistimed his header in front of goal, but his time would come. Spain, at the moment, were on top.

Until suddenly they weren’t, in the most farcical circumstances. From about 50 yards away, Pedri sent a pass back to his goalkeeper Unai Simon, who somehow let the ball brush past his shin and into the net. The ridiculous own goal was attributed to Pedri, who had perhaps put a bit too much power on the pass, but Simon was the guiltier party. He looked like a man begging for the ground to swallow him up. 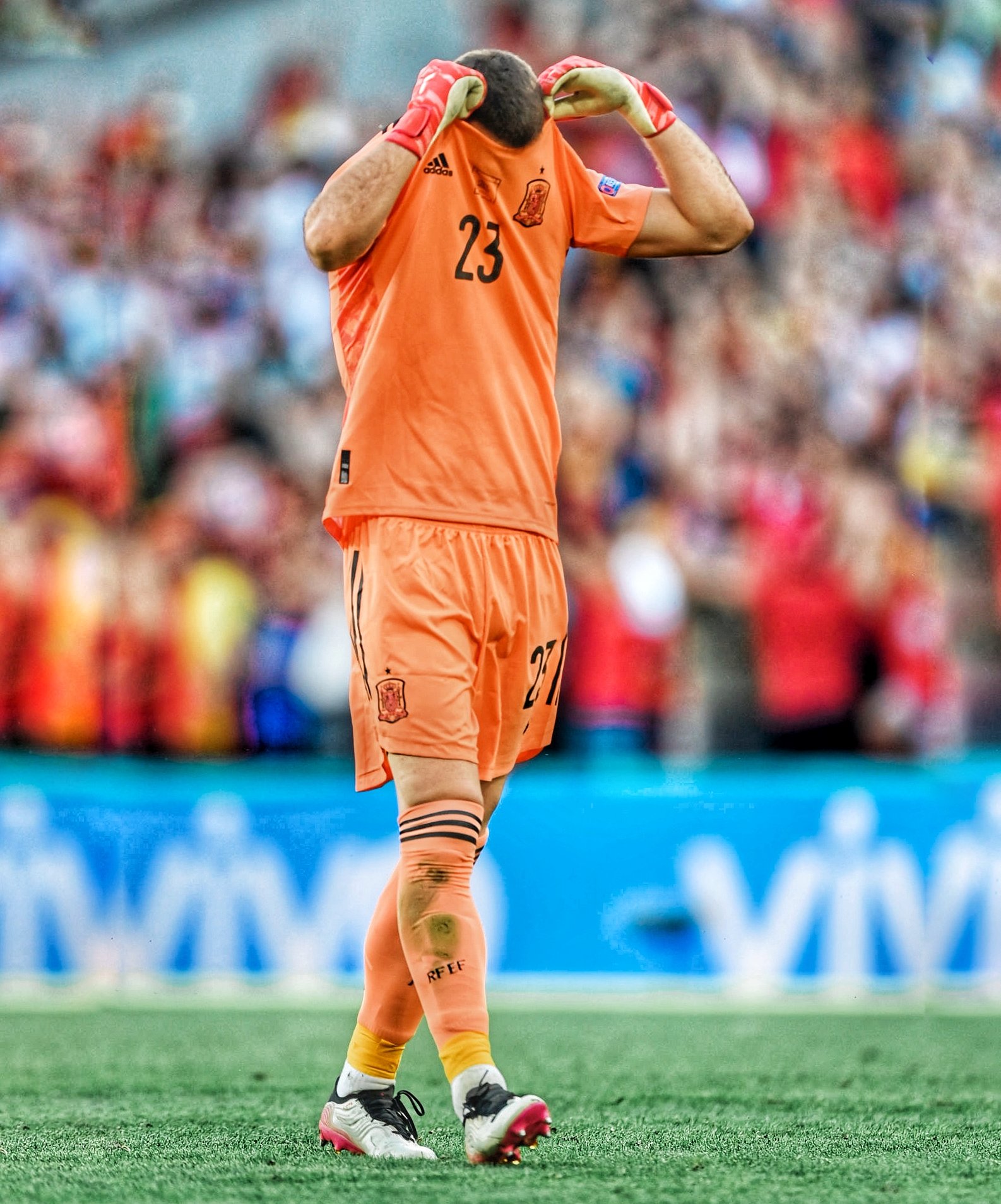 That gift of a goal re-energised Croatia, who now poured forward and had a shot at every opportunity for the next few minutes. But they missed, Spain refused to give up, and the equaliser arrived in the 38th minute. As the white shirts of Spain flooded forward, Jose Gaya’s shot through a thicket of bodies in the box was well-saved by the unsighted Livakovic, but the rebound fell straight to Pablo Sarabia, who smashed the ball home.

The half ended with the scores still level. But Spain were bullying their opponents by now, and all Croatia looked capable of was hanging on for a draw. That hope seemed to have ended in the 57th minute after a simple move that saw Pedri slip the ball to Ferran Torres, who crossed in from the left. And there to head it in, surprisingly, was the right-back Cesar Azpilicueta. This was his first ever goal for Spain.

Croatia’s midfield supply lines were being blocked, and when the ball did come through to the forwards, they were unable to make it count. Simon saved well from Josko Gvardiol after the hour mark, but that was the only notable Croatian chance. Torres then put Spain 3-1 up in the 77th minute. Gaya’s long crossfield ball took the Croatian defence by surprise and the winger Torres beat his man to stroke past the keeper.

With 5 minutes of normal time left, the game was wrapped up, or so everyone thought. Everyone, that is, except Croatia. The 2018 finalists may have lost some of their quality since those heady days, but they had fighting spirit in spades. They got themselves back into the game in the 85th minute, their talisman Luka Modric weaving into the box down the byline and cutting back for the numerous black shirts in the box. Ante Budimir’s shot was blocked, but fellow substitute Mislav Orsic forced the ball over the line, as confirmed by goal-line technology. 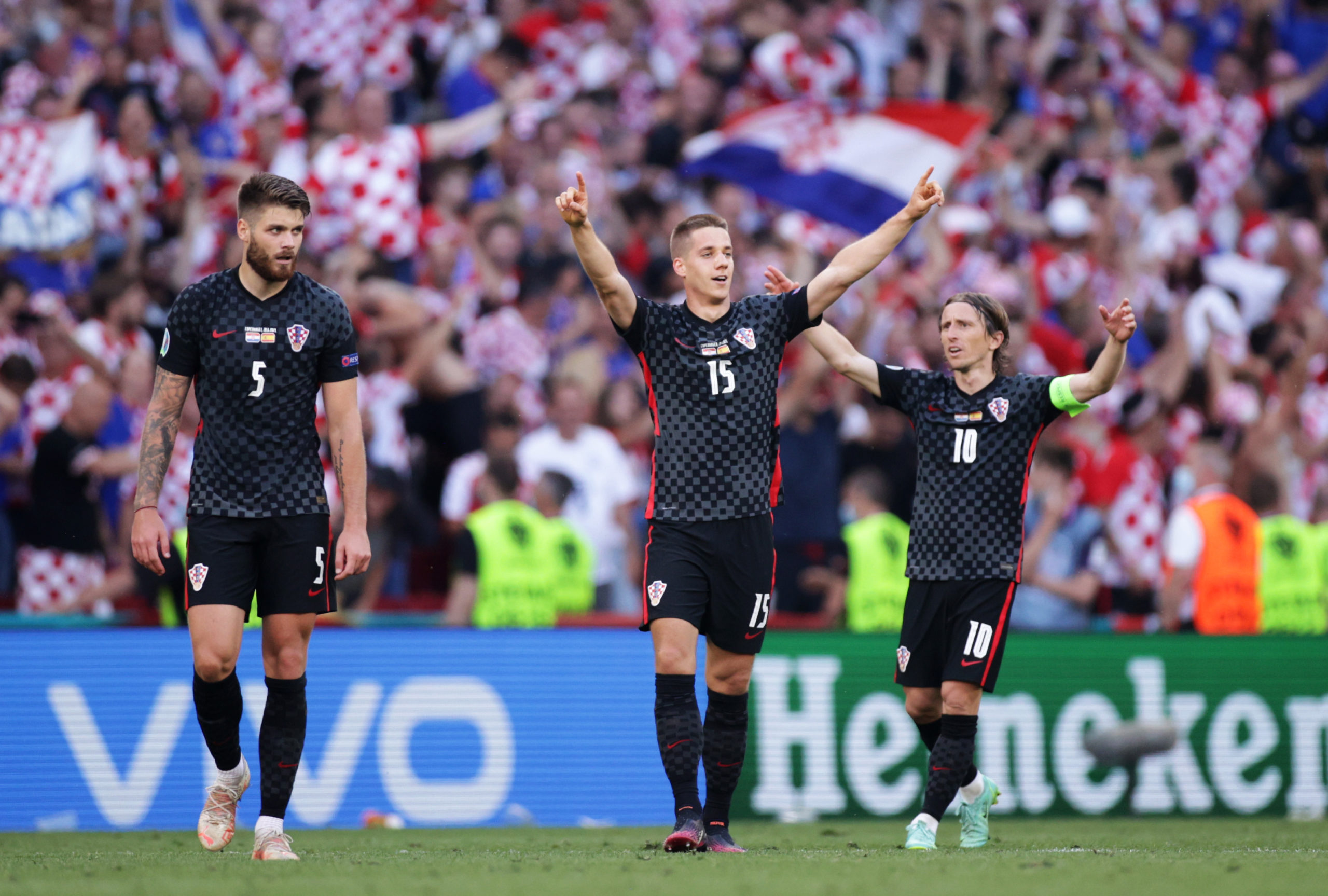 It was the raft of substitutions by both managers that changed everything, with the game totally losing its shape. Spain’s control was gone and Croatia took advantage of this to the fullest. In the 2nd minute of injury time, Orsic added to his goal with a brilliant assist, crossing the ball for Mario Pasalic, yet another substitute, to head Croatia level. From 3-1 down with 5 minutes left on the clock, they had dragged a shell-shocked Spain into extra-time.

Now it was Croatia with the momentum, and they came out all guns blazing for extra time, exemplified by the fantastic Orsic firing inches over. Then came the moment that flipped this game on its head once again, allowing Spain to regain control. Astonishingly, it happened in their own penalty area and, even more astonishingly, it was their own first-half villain who saved them. After more brilliant play by Orsic, Andrej Kramaric’s shot from the edge of the area looked to be heading in but Unai Simon, who was falling the wrong way, stuck out a left hand that somehow kept the ball out. The stunning save completed his redemption, after his horror moment in the first half.

Redemption was also coming for another man. 10 minutes into extra-time, Spain’s Dani Olmo, another substitute, sent in a searching cross from the right. At the far post was Morata, pulling away from his marker, controlling the dropping ball with his chest and unleashing a left foot exocet missile into the roof of the net.

Morata, who had been the subject of much derision after his group stage performances and had seen his family receive horrific abuse on social media for it, had silenced the critics in stunning fashion. The mixture of joy and fury on his face, as he gestured frantically in celebration, was a sight to behold. 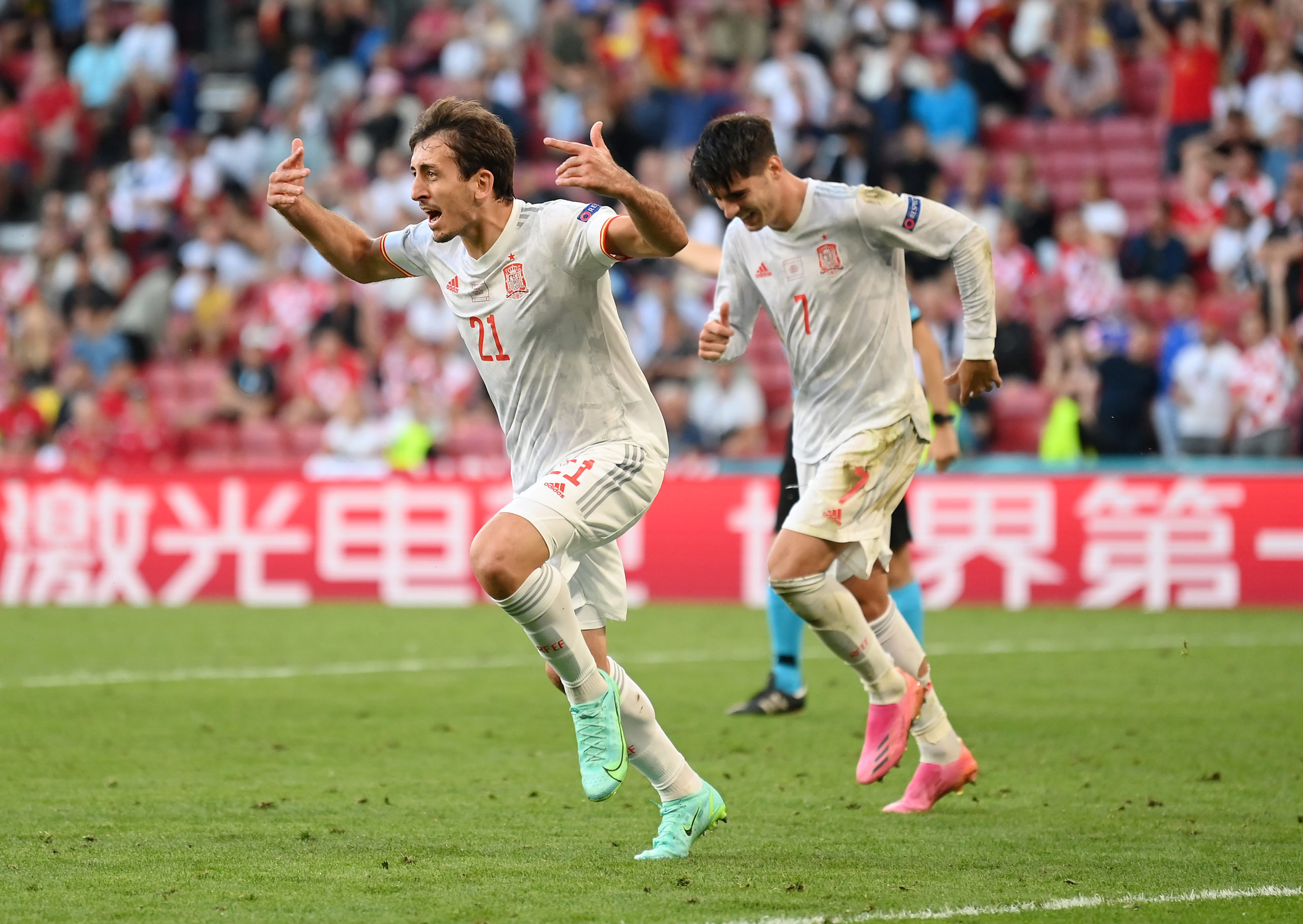 A few minutes later, Olmo produced another assist for Mikel Oyarzabal to drill into the bottom corner, the goal coming at the end of a Spanish counter attack. Croatia, however, had already come back from two goals down and no one would have been surprised if it happened again. They nearly did in the second half of extra-time, Ante Budimir bursting through on goal but firing just wide.

But the Croatians players had run themselves into the ground and were completely spent. Spain, similarly exhausted, nearly scored again, with Morata’s shot being saved and the game-changer Olmo hitting the post in the dying minutes. The final whistle blew and both sets of players collapsed to the ground, Spain in jubilation and relief, Croatia in misery and heartbreak, both having given their all.

Spain became the first team in Euro Cup history to score 5 goals in consecutive games to book their place in the quarterfinal, where they will play either Switzerland in St. Petersburg. The physios will have a job on their hands to help the players recover after this exhilarating encounter, but Luis Enrique’s men will have belief on their side. They showed grit and determination to supplement their obvious quality and will have an eye on the final.

Croatia exited the tournament proudly, with both their fans and Spain’s giving them a standing ovation for their effort and fighting spirit. Despite being dominated, they never gave up and went down only when their bodies gave out. With a crop of bright young talent coming through, they can plan for the future with hope. But they will have to say goodbye to the past, this being the last appearance at the Euros for the magical Luka Modric.

A match for the ages with a barely believable scoreline. A story full of twists and turns, ups and downs, comebacks and turnarounds. A game to turn non-believers into believers, and believers into fanatics. As a wise man once said, “Football. Bloody hell.”