England soaked up the electrifying atmosphere at their home ground, Wembley Stadium, to beat Germany in the knockout stages of a tournament for the first time since 1966, courtesy of late goals from Raheem Sterling and Harry Kane. In a tight, tense game, the Three Lions defended stoutly and probed patiently at the other end, before seizing their moments late on.

Germany looked disjointed and wasted the few chances they got. Jordan Pickford produced heroic saves to deny Timo Werner and Kai Havertz. And between the English goals, Thomas Muller wasted a golden opportunity to nab an equaliser, sending his shot wide when through on goal. Pickford and his defence are yet to concede a single goal in the tournament. 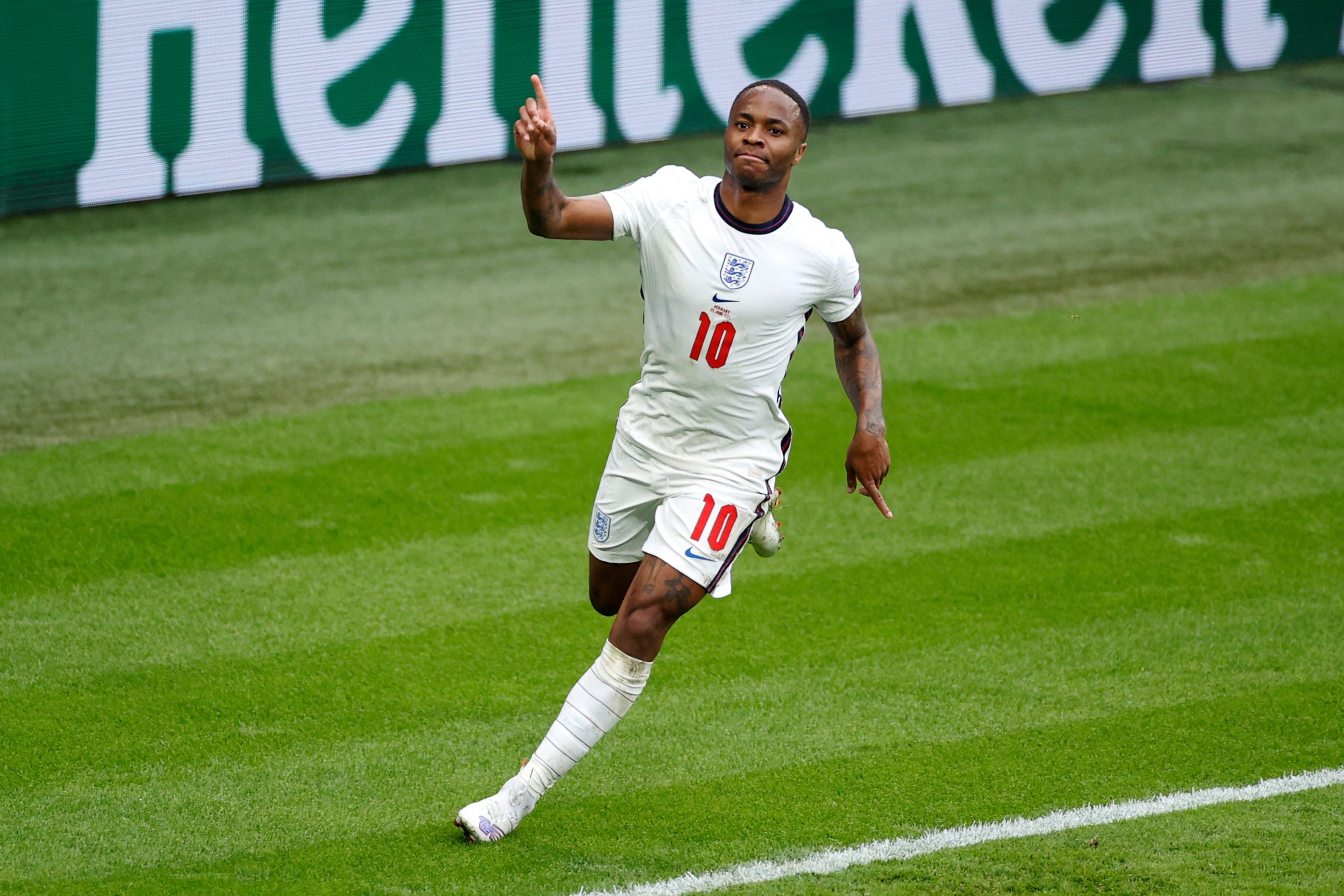 Surrounded by an emotional, tense crowd of supporters, England could have fallen into their tragic history with their old enemies, the Germans, and let the pressure get to them. But, as manager Gareth Southgate insisted in the lead-up to the fixture, this England team are more concerned with making their own history. Southgate, who had his own nightmare moment as a player against Germany, was rewarded by his players with a composed, professional performance.

Germany coach Joachim Low made three changes from their madcap draw with Hungary, bringing in Leon Goretzka, Muller and Werner for Ilkay Gundogan, Leroy Sane and Serge Gnabry. The talking point from England’s team selection was the change in formation, with Southgate sending his players out in a 3-4-3 to match Germany. Jack Grealish made way for right wingback Kieran Trippier and Kyle Walker slotted in as the right-sided centre back.

Amid a half-capacity crowd making enough noise for two stadiums, both sides began in cagey fashion, probing carefully at each other’s defences. Germany were slightly better in these opening exchanges, with Goretzka’s 8th minute run forcefully halted on the edge of the area by Declan Rice, who was booked for his troubles. But Havertz fired the freekick straight into the wall.

Germany looked to have almost settled in, but Bukayo Saka began showing flashes of intent, leaving the German defence looking uneasy as they just about managed to keep up with him. This opened them up a little, and England’s first chance duly arrived in the 16th minute, Sterling’s long range curler smartly turned behind the post by a diving Manuel Neuer. 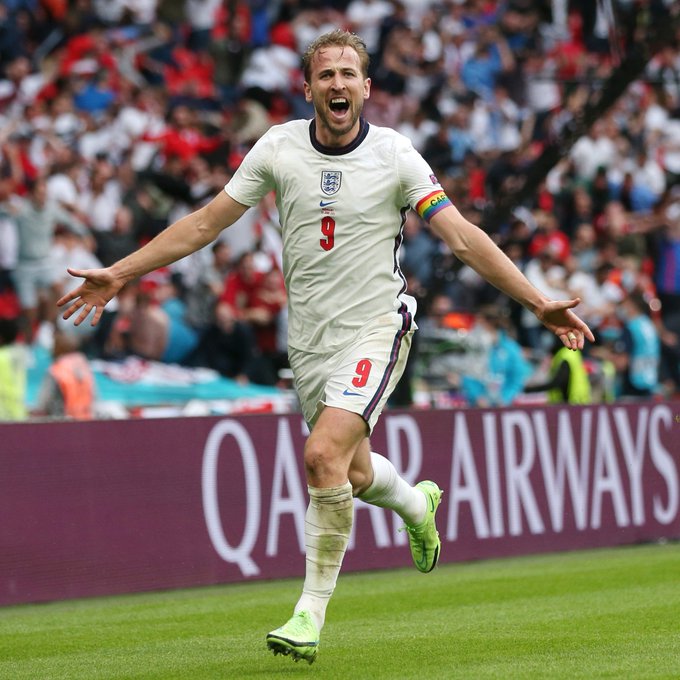 The next one, in the 27th minute, began with a great ball into the right-hand channel by Kalvin Phillips that was picked up by Trippier. The Atletico Madrid man then sent in a cross which the unmarked Harry Maguire headed high and wide.

Germany came back with an even better chance in the 32nd minute. Havertz slipped in a through-ball beyond the English defence for his Chelsea teammate Werner to run onto, but Pickford came rushing out to save the shot bravely at the striker’s feet.

There was one more chance for England in stoppage time. Sterling intercepted a dreadful pass by Muller and burst into the area, but was tackled. The ball fell kindly for captain Kane in a great position in front of goal, but his first touch was too heavy, allowing Mats Hummels to steal the ball away. The whistle blew soon after, bringing an end to a tense, absorbing first half.

Germany straight away tried to make things happen in the second half. In the 49th minute, a clearance fell to Havertz, just outside the box. He allowed the ball to bounce and struck a terrific rising drive at goal. Pickford showed great reflexes to palm the ball, one-handed, over the bar.

As the game devolved into more tense build-up play, both managers knew they had to make a change to affect the match. With the crowd singing for Jack Grealish from the start of the second half, Southgate obliged them and brought on Grealish for Saka, who had faded after a great start. For Germany, Werner was replaced by Gnabry. But it was Grealish’s confidence and X-factor that soon came to the fore. 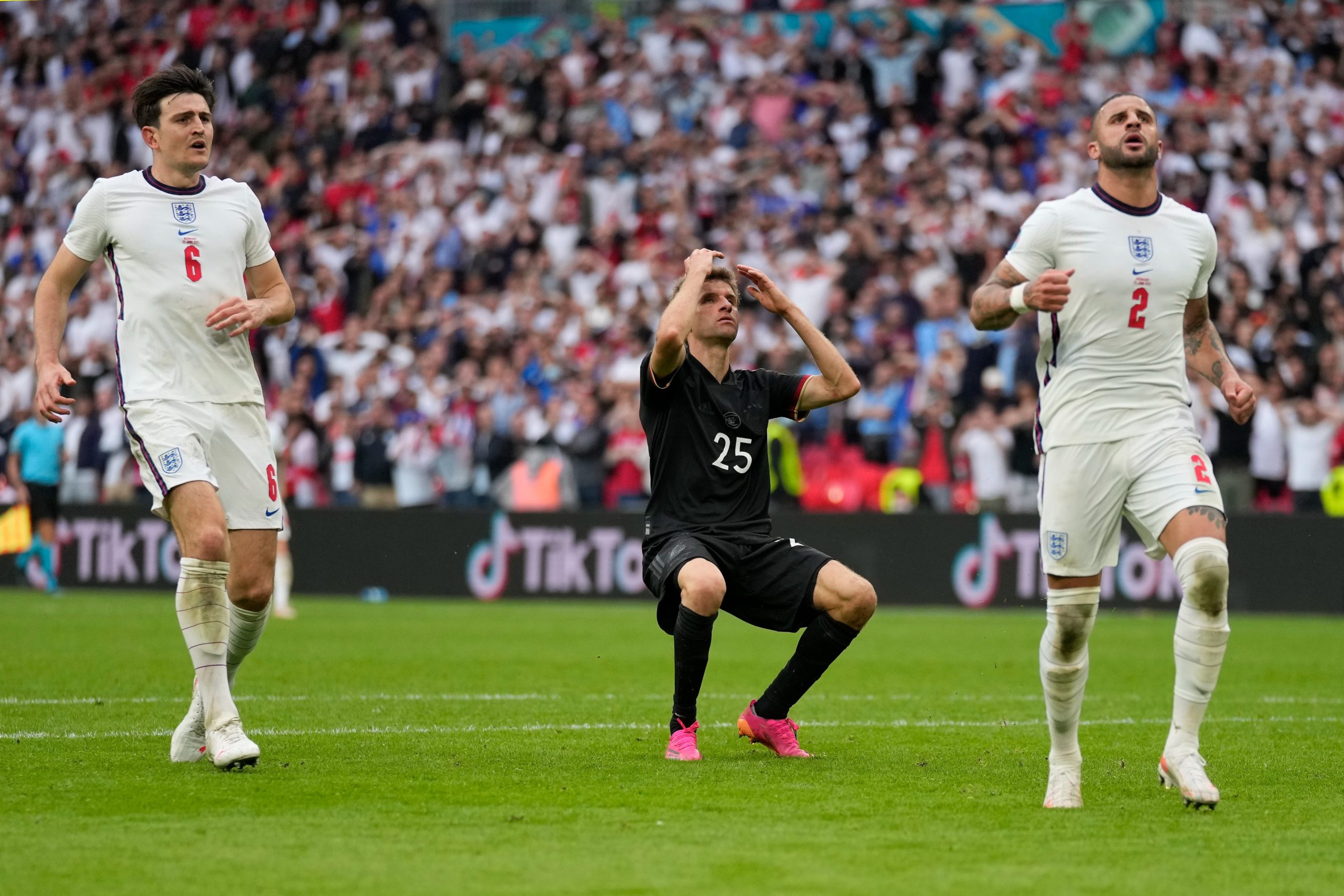 The breakthrough arrived with 15 minutes left on the clock. Throughout the match, Sterling had cut a familiarly frustrating figure, at times popping up in good positions and running at the defence, at other times failing to find a forward pass and slowing the play. But he had scored both of England’s goals so far in the tournament, and he provided the breakthrough again.

The Manchester City forward ignited the move, carrying the ball forward and passing to the feet of Kane who, with his back to goal, laid off to the left for Grealish. Grealish then shifted the ball further left to the overlapping Luke Shaw, who fired in a low cross. Sterling had kept running and was on hand to side-foot the ball in from close range, past a stranded Neuer.

The goal sent the Wembley crowd wild with ecstasy. Germany then had a golden chance to silence them. In the 81st minute, Muller was sent straight through on goal but, with Pickford rushing out to narrow the angle, the usually reliable Bayern Munich player sent his shot just wide. Sterling, whose weak back pass had given Muller the chance and who had put his hands on his head as Muller advanced, was mightily relieved.

In the 86th minute, it was Kane’s turn to spark bedlam in the stands. The influential Shaw charged forward with the ball before playing it out to Grealish, who sent in a lovely cross from the left. Kane converted with a stooping header and ran off in jubilation. Like in the group stage, England’s captain had barely received any service and was largely anonymous throughout the match. But he showed that his predatory instinct was still intact, and England fans will be hoping that this goal gives him the boost of confidence he needs for the next game.

As the game clock ran down, Germany were reduced to flinging long balls into the England box, more in hope than in expectation. They knew the jig was up. The English backline held firm and the final whistle brought another wave of exhilarating noise.

It also brought the curtain down on a great German era. Joachim Low, who had been in charge of Germany for 15 years, had announced that he would vacate the position after Germany’s involvement in Euro 2020 had ended. He will be fondly remembered for bringing the 2014 World Cup to Germany, but leaves behind outdated tactics and a declining team. It will be up to the new manager, Hansi Flick, to rebuild and renew, with a number of talented young players at his disposal. 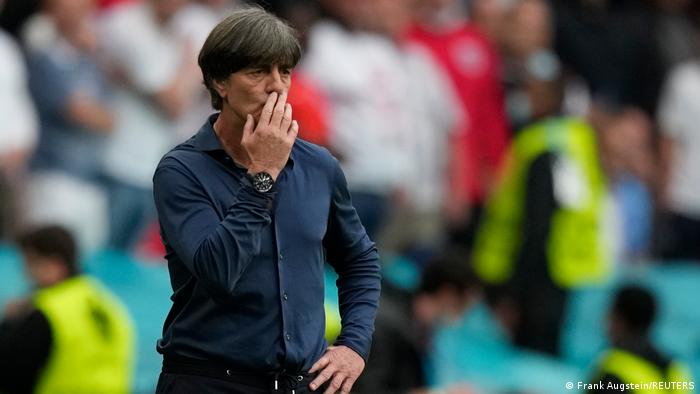 Southgate, on the other hand, has just achieved the greatest result of his managerial career. It will help to exorcise the ghosts of his penalty miss at Euro 96 against the very same opponents. His young England team have put even more ghosts to bed. With a favourable draw on their side, they will go into their quarter-final against Sweden or Ukraine with confidence and a burgeoning expectation of reaching the final.

Could football be really coming home this time? Maybe, but this team will not want to get ahead of themselves just yet.

Copa America: Messi at the double as Argentina beat Bolivia 4-1