Uruguay defeated Ghana 2-0, but both teams were eliminated from the World Cup as South Korea defeated Portugal in the final seconds.

Giorgian de Arrascaeta’s first-half brace was enough for Uruguay to win, but they are eliminated from the competition since they scored less goals than South Korea in the group stage.

The outcome also ended Ghana’s World Cup run, as Andre Ayew’s penalty kick was stopped by Sergio Rochet with the score tied at 0-0.

The African team was unable to revenge Uruguay’s elimination from the 2010 World Cup quarterfinals through penalty kicks. 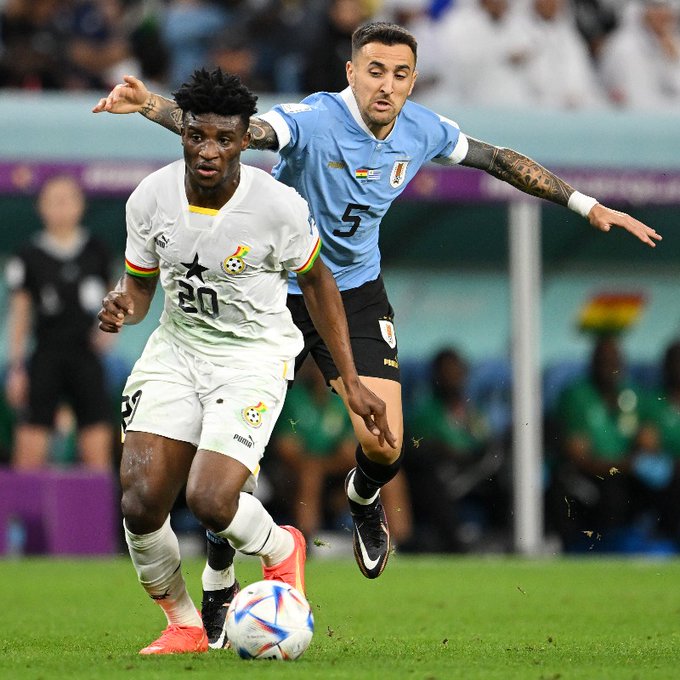 Both teams got off to a quick start, and after 18 minutes, Ghana was granted a penalty following a VAR review. Mohammed Kudus was deemed to have been fouled by Uruguay goalie Rochet inside the penalty area.

Three minutes after the penalty was awarded, Ayew stepped up and Rochet easily saved his weak penalty.

It brought back thoughts of Asamoah Gyan’s missed penalty kick for Ghana with the final kick of the 2010 World Cup quarterfinal between the two countries. 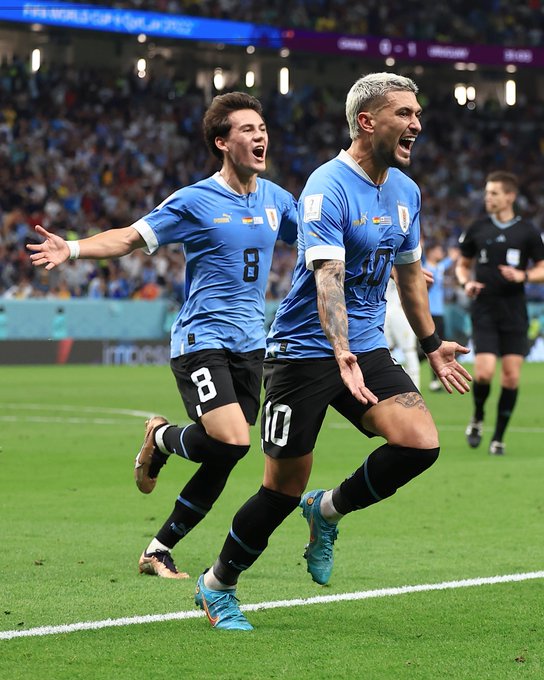 De Arrascaeta put the ball into an empty net after Ghana goalkeeper Lawrence Ati Zigi parried Luis Suarez’s shot after 26 minutes to give Uruguay the lead.

The South American team was confident after scoring twice in quick succession and wanted a penalty of their own before the hour mark.

Daniel Amartey made a terrible challenge on Nunez within the penalty area, but the referee did not award a penalty after another lengthy VAR review. 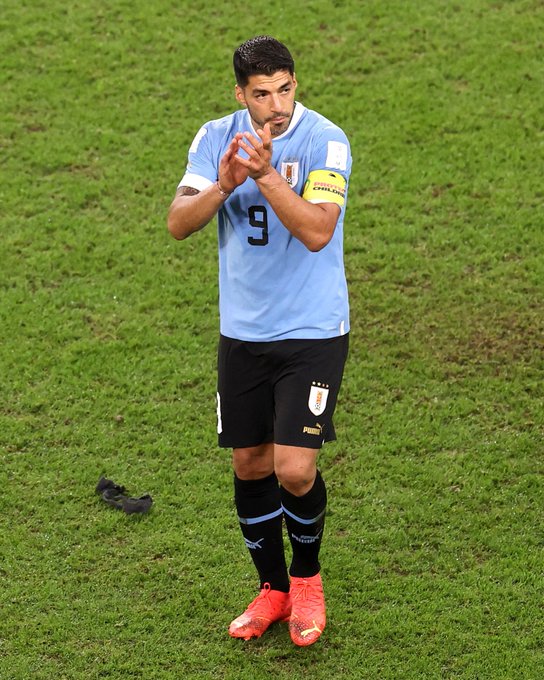 Ghana had late opportunities, but substitute Antoine Semenyo’s close-range attempt went wide and Kudus was stopped by a brilliant save from Rochet.

As news of South Korea’s outcome spread, Uruguay attempted to score one more goal, but were denied and ousted from the competition.