A late goal by captain Vincent Aboubakar ended Cameroon’s 20-year drought for a World Cup victory, as the Indomitable Lions defeated a much-changed Brazil 1-0 on Friday at the Lusail Stadium.

The last time Cameroon won at the World Cup was in 2002 against Saudi Arabia. Cameroon were on the back foot for the majority of the match but rallied late. Aboubakar beat Ederson with a powerful header before being sent off after receiving a second yellow card for removing his shirt in celebration.

The victory was Cameroon’s first against Brazil in the World Cup and Brazil’s first loss to an African team at the tournament. 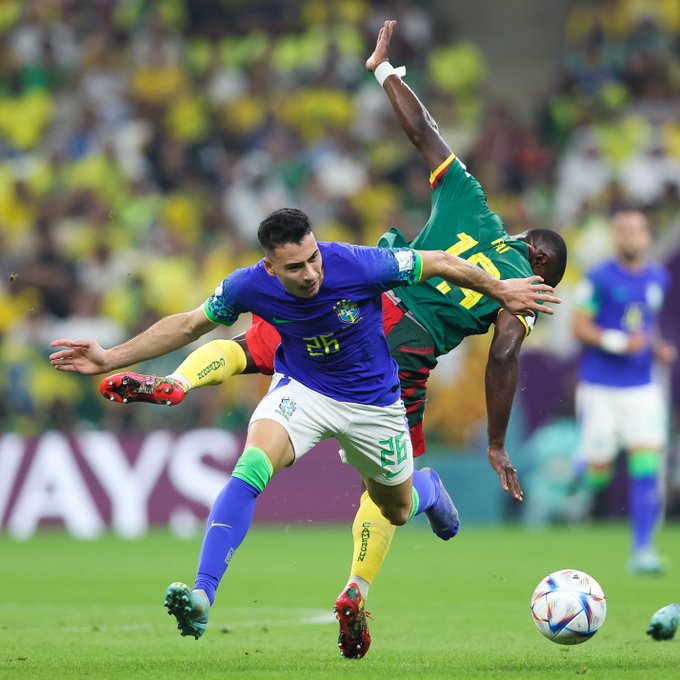 Brazil dominated possession and created much more scoring opportunities than their opponents, but Cameroon earned the one statistic that matters.

The encounter was played in the tournament’s largest venue, the vast Lusail Stadium, in a relatively quiet environment, with Brazil’s reserves anxious to impress but Tite’s team lacking its typical flare.

Gabriel Martinelli was Brazil’s liveliest player and nearly put the five-time world winners ahead in the 14th minute when he was picked out by Fred’s ball over the top, but Devis Epassy made a fantastic reaction save to deny the Arsenal forward’s header.

Cameroon had almost no offensive threat until first-half stoppage time, when Bryan Mbeumo met Nicolas Moumi Ngamaleu’s cross with a powerful downward header that Ederson repelled with one hand at full extension. 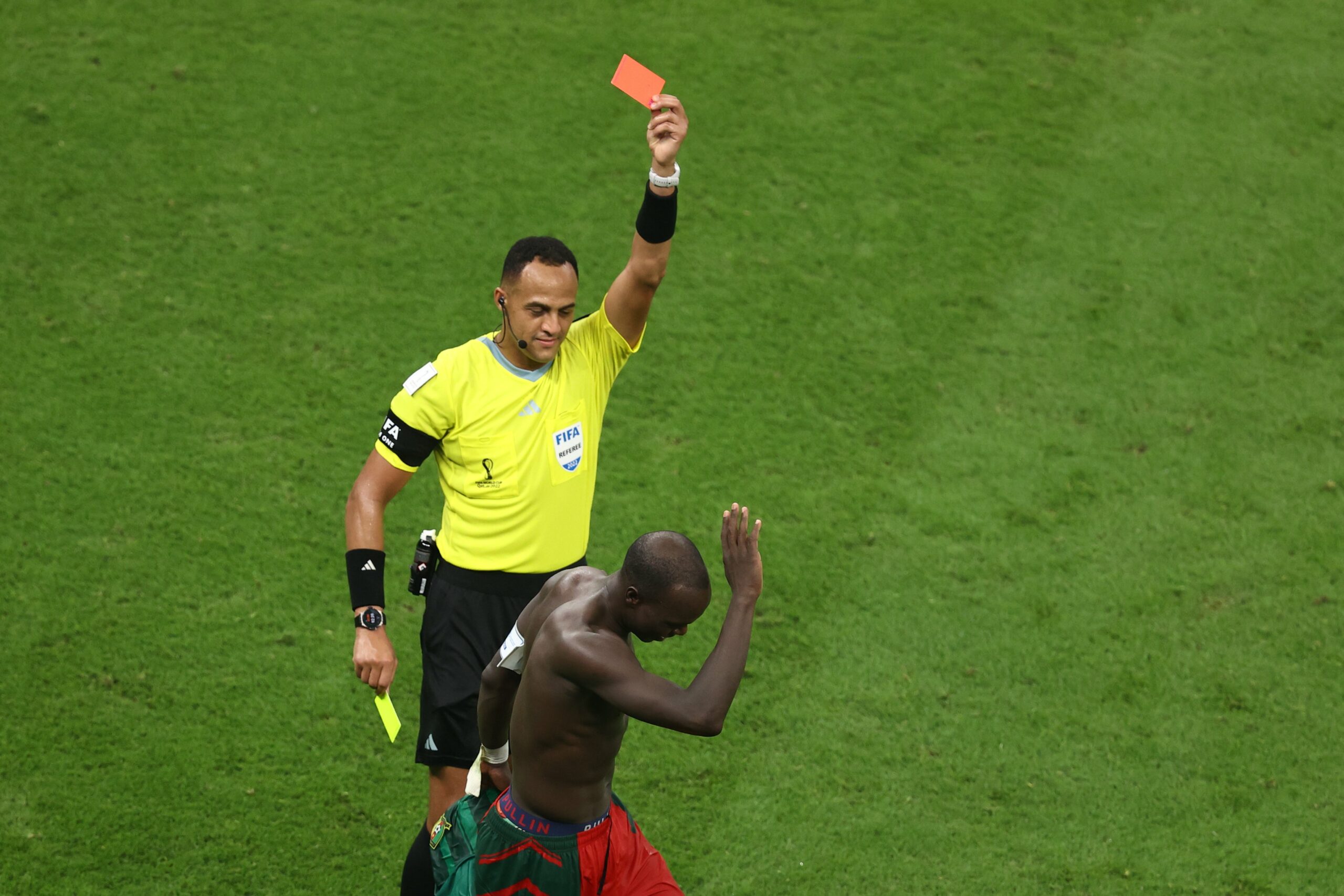 Tite made a triple substitution shortly after the halftime break, substituting Marquinho for the injured Alex Telles and Everton Ribeiro and Fred for Rodrygo and Fred.

The substitutes sparked a quick flurry of opportunities for Brazil, forcing Epassy to make three saves in as many minutes.

In the 56th minute, Martinelli struck the Cameroon goalkeeper with a snap shot.

Next, Eder Militao tried his luck from the next corner, which caused the Cameroon goalkeeper to fumble, but he recovered to scramble the ball to safety. Then, Antony got in on the action, causing Epassy to make a diving save to block his curling shot.

Tite substituted Pedro and Rafinha in the 64th and 79th minutes, respectively, as Brazil attempted to preserve their spotless record in the group, but Cameroon held on until Aboubakar arrived in the right place at the right time to capitalise.