Switzerland advanced to the World Cup knockout round for the third consecutive tournament after defeating Serbia 3-2 on Friday to finish second in Group G and set up a matchup with Portugal in the round of 16.

Xherdan Shaqiri put Switzerland ahead in the first half of a frantic match at Stadium 974, but Aleksandar Mitrovic and Dusan Vlahovic scored twice within 10 minutes to turn the game on its head for Serbia.

Remo Freuler scored three minutes into the second half to restore Switzerland’s one-goal advantage after Breel Embolo equalised for Switzerland shortly before halftime.

Switzerland fired warning shots with less than 30 seconds remaining, as Granit Xhaka’s shot was blocked by the Serbian defence before goalkeeper Vanja Milinkovic-Savic denied both Embolo and Xhaka on one-on-one opportunities.

After that initial scare, Serbia exerted pressure, with Nikola Milenkovic headed wide from a Dusan Tadic corner and Andrija Zivkovic striking the left post with a thunderous effort from outside the penalty area. 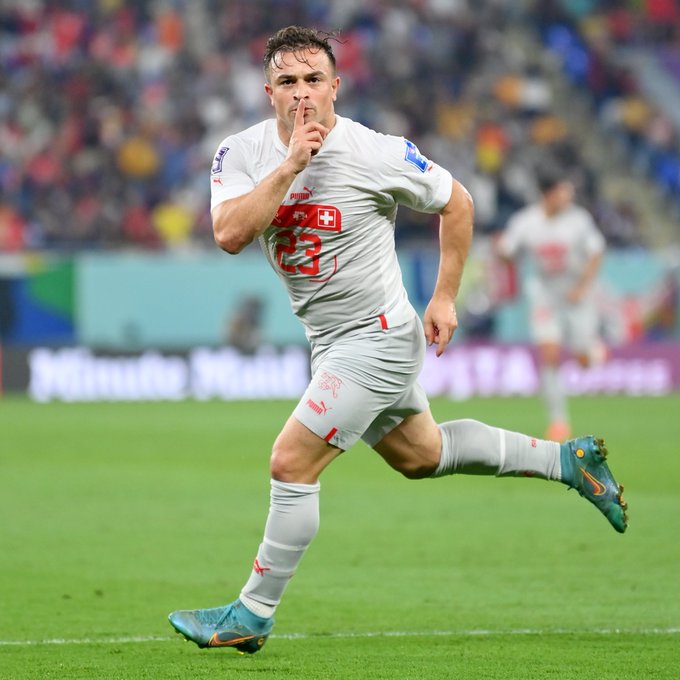 The clearance of Ricardo Rodriguez’s cross in the 20th minute allowed Djibril Sow to find Shaqiri on the right. The midfielder’s goal-bound shot received a tiny deflection off of Strahinja Pavlovic before into the net.
Shaqiri, who was born in Kosovo, created the Albanian nationalist symbol of a double-headed eagle with his hands after scoring in Switzerland’s 2-1 World Cup group stage victory against Serbia.

This time, though, there were no outrageous celebrations, as Shaqiri pointed to the back of his jersey while putting his finger to his lips in front of the jeering Serbian fans. 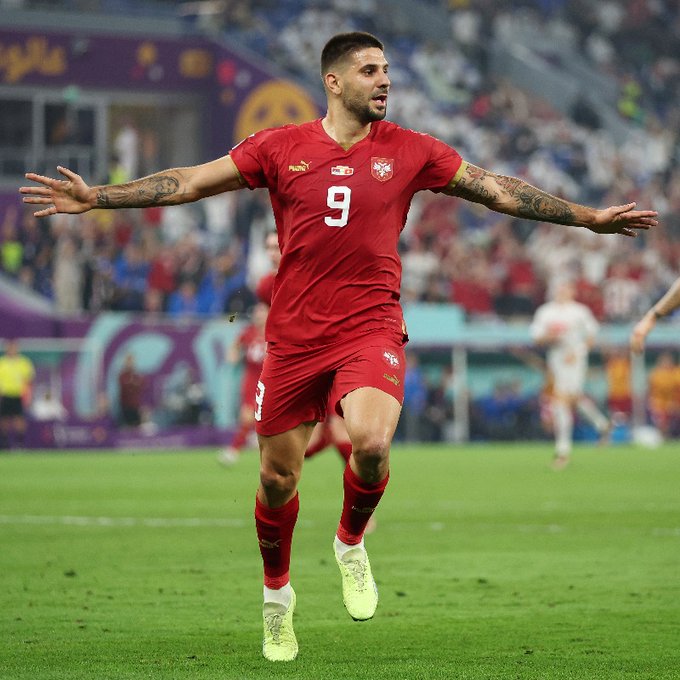 Embolo tapped in Silvan Widmer’s low cross in the 44th minute, and Freuler kept the momentum going by hammering in the evening’s fifth goal, as two beautifully executed Swiss offensive plays proved to be Serbia’s undoing.

Mitrovic went down too easily after a challenge from Fabian Schaer midway through the second half, but his claims for a penalty were denied, and the Serbian dugout spilled onto the field to protest the referee’s decision.

Substitute Nemanja Radonjic nearly scored an equaliser for Serbia in the waning seconds of stoppage time, but Switzerland hung on to set up a quarterfinal matchup with Portugal on Tuesday.

Since 2014, Switzerland has reached the round of 16 in every World Cup and European Championship. They finished second in Group G on goal differential with six points, tied for first place with the champions Brazil, whose second team was defeated 1-0 by Cameroon.

Serbia, which needed a victory to have a shot at advancing, ended last in the group with a single point. Since the dissolution of Yugoslavia, they have never advanced beyond the group stage at the World Cup.