In the first dead rubber of Euro 2020, favourites Netherlands secured a comfortable 3-0 victory over their unheralded opponents. North Macedonia were already eliminated and the Oranje had secured qualification, but this confidence-boosting win will do no harm to their chances in the knockout stages.

Memphis Depay scored midway through the first half before two second-half goals from Georginio Wijnaldum, both set up by Depay, wrapped up the game. North Macedonia fought hard and were unlucky to have two goals chalked off for offside. Aleksandar Trajkovski also smashed a shot from distance onto the post for the minnows. 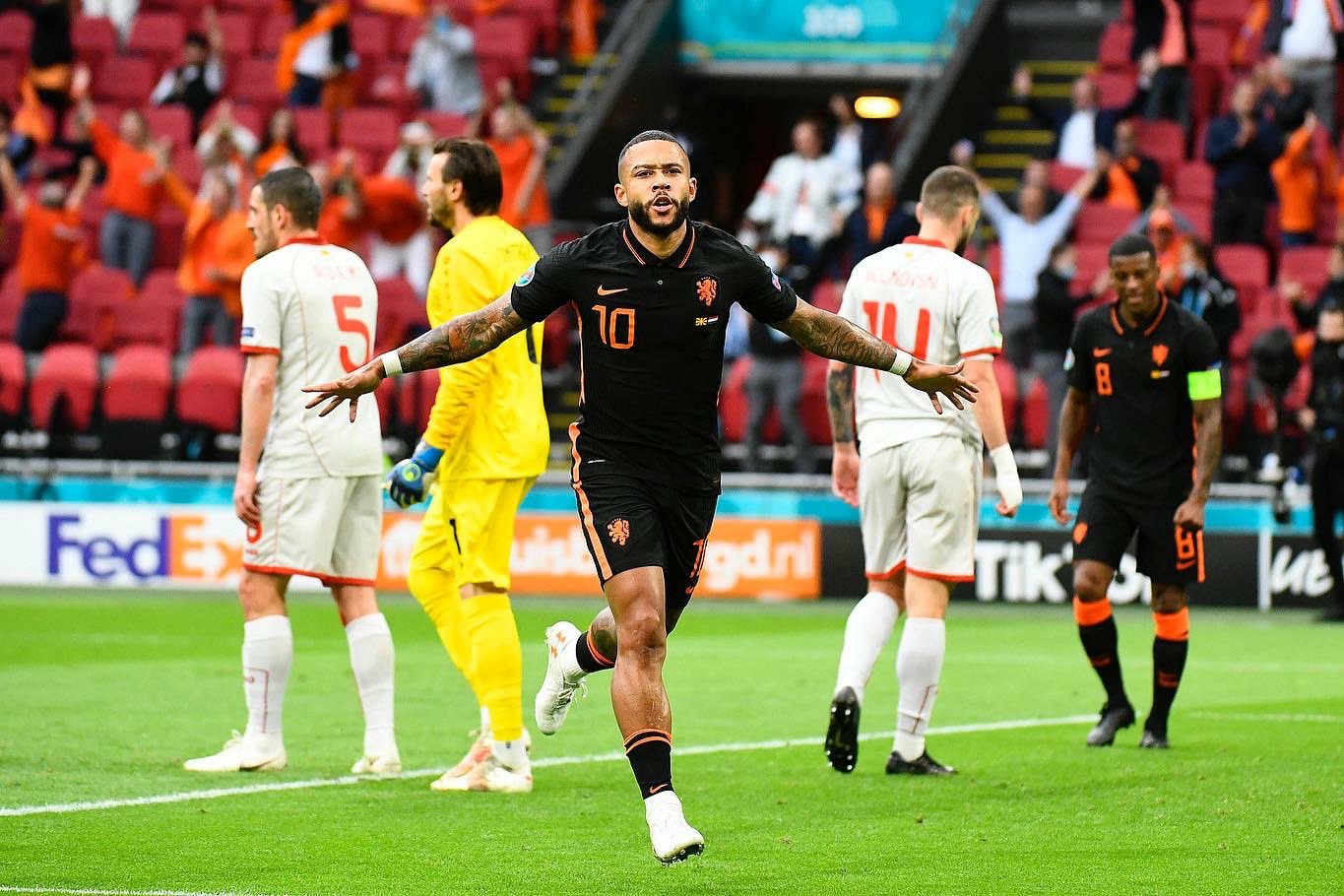 With the game having no real bearing on the final group standings, most people expected wholesale changes to be made. But there were only two each, with Macedonian coach Igor Angelevski bringing in Trajkowski and Ivan Trickowski and Ronald de Boer swapping out Wout Weghorst and Marten de Roon for Donyell Malen and 19-year-old Ryan Gravenberch.

There was a light, feelgood vibe in the Johan Cruyff Arena in Amsterdam, mainly because of the fine form of the Dutch, but also because this was to be Goran Pandev’s international swansong. Pandev had announced earlier that his 122nd cap would also be his last, and the 37-year-old striker leaves as North Macedonia’s greatest ever player.

His teammates’s plans to send him off with a fitting farewell on the pitch never really materialised, as Netherlands dominated the early running. The first chance of the game fell to Gravenberch who unleashed a shot from distance that flew well wide. The Dutch kept probing skilfully and hemmed the Macedonians into their own half.

But the minnows weren’t ready to back down just yet, and they nearly grabbed a shock opener from a counter-attack 10 minutes in, with Trickovski running onto a Pandev through ball and slotting past Marten Stekelenburg in goal, but he was adjudged to be just offside. Then in the 21st minute, Pandev laid off for Trajkowski to fire from distance but, with Stekelenburg beaten, the ball cannoned into the right post.

The Oranje brushed off these early scares to sucker-punch their opponents in the 24th minute. Malen and Depay played a couple of one-twos while moving forward, before the newly-signed Barcelona man stroked home with his left foot. The marauding right-back Denzel Dumfries then missed two good opportunities to add to his two goals so far at the tournament.

Netherlands came on even stronger after the half-time break, with Matthijs de Ligt’s header cleared off the line by Trickovski. Soon after, in the 51st minute, came the second goal. Depay threaded a pass through the heart of the Macedonian defence for an alert Wijnaldum to fire past goalkeeper Stole Dimitrievski.

Seven minutes later, Wijnaldum took his tournament tally to 3 goals – and became joint-top scorer – after neat interplay from Frenkie de Jong and Depay led to the latter’s shot on goal being parried by Dimitrievski straight into the path of the Dutch captain. PSG’s new signing tapped in gleefully.

22 minutes from time, there was thunderous applause as Pandev walked off the pitch for the last time, and his countrymen suffered further heartbreak when Darko Churlinov’s goal was ruled out by the linesman. There was time for another good save by Dimitrievski from a De Ligt shot before the final whistle blew.

The whistle also signalled the end of the tournament for North Macedonia, with the minnows failing to pick up a single point in the group stage. But they had acquitted themselves well against vastly superior teams, offering spirited performances in each game, and they left with their heads held high.

1⃣2⃣2⃣👕 The Netherlands pay tribute to Goran Pandev before his 122nd and final international appearance.#EURO2020 pic.twitter.com/b0RYySRklo

The Dutch became the second team after Italy to qualify with a 100% record. They will face a third-place team from Group D, E or F in their last-16 tie in Budapest. They look like a settled side with flexible tactics and young, hungry players. It will take something special to stop the Oranje juggernaut.