There is no country on Earth with as nuanced an understanding of space and time as Japan. Ma, for instance, is a Japanese word which conveys such complexity – “space between two structural parts”, “consciousness of space”, “simultaneous awareness of form and non-form” – that one can’t help but marvel at its bi-syllabic simplicity. Ma can also exist in the imagination of the person who experiences these elements.

This advanced sensibility resonates finely with the great footballing minds that Japan has welcomed to its shores – Zico, Michael Laudrup, Pierre Littbarski, Arsene Wenger. And now, the nation welcomes a new Master of the Ma – Andres Iniesta. The great man and his departure from Barcelona has been almost exclusively seen through a Blaugrana tinted mournful, melancholic lens. Maybe, it is time to cut the sadness, celebrate his genius and just say “Youkoso, Andres!”

This after all, is the man who’s so loved and venerated that he rose above the Clasico divide,  rose above the politics that’s intrinsic to the Spanish game and rose above the Paparazzi – Andres Iniesta was, is and will always be pure football. A man whose game was once admiringly described by Pep Guardiola – torchbearer of passing triangles, pressing hexagons and one-touch Euclidean geometry – as “Swissssssh, swissshhhh, swisshhhhh”. He doesn’t dribble, he glides. He doesn’t turn, he swivels. 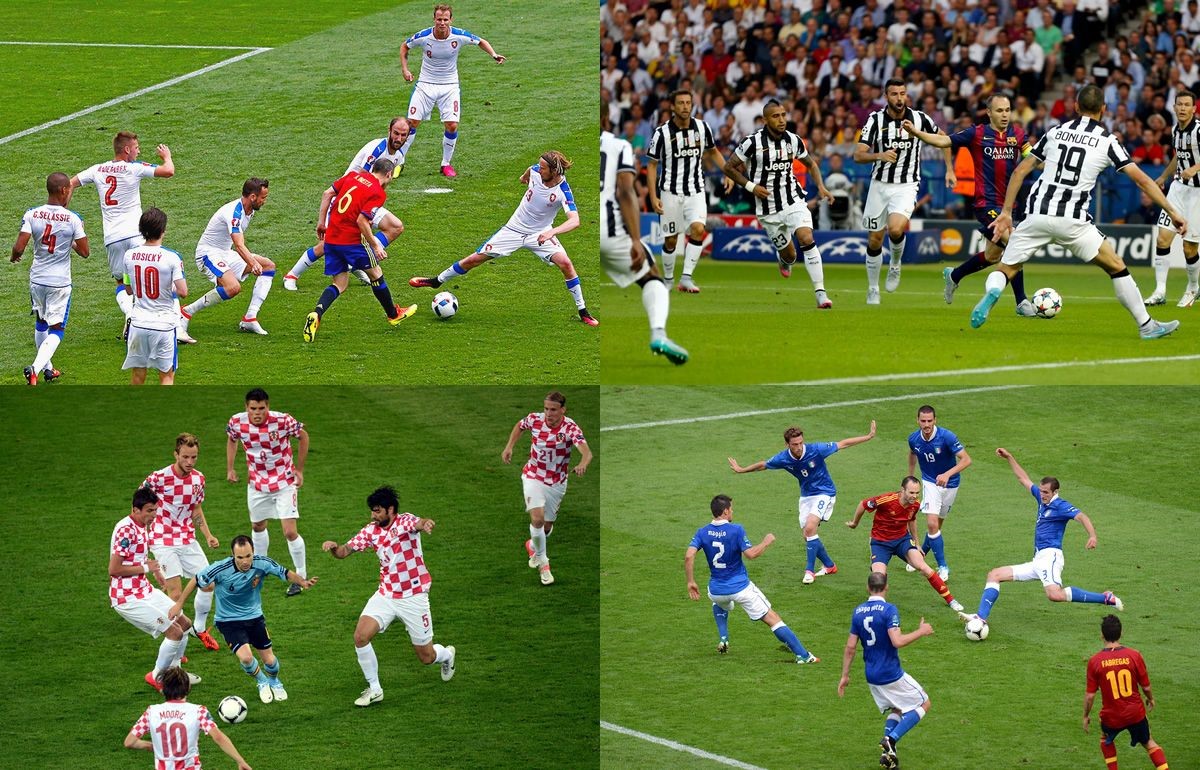 The mere presence of this unassuming, slightly built man on the ball drives seven – SEVEN!! – grown men (who are also global football superstars by the way) into unmatched frenzy, each trying to barge into him as unsuccessfully as the last.

The mere presence of this unassuming, slightly built man on the pitch drives fans – even those wearing  Real Madrid white – into unmatched frenzy, each applauding him more fervently than the last.

The mere presence of this unassuming, slightly built man in the right place at the right time in 2010, drove a nation into unmatched frenzy, each savouring that night at Soccer City more proudly than the last.

Enough with the praise then; greater people have said greater things about the great man. What is different and heartening about Iniesta’s move to Vissel Kobe is that it isn’t one of those moves which make sense only from a marketing angle. Iniesta still bosses games at the highest level, he continues to astonish us with his effortless ease and grace. The Copa Del Rey final is a case in point. Even greats like Xavi Hernandez and David Villa left Spain having become bit-part players. Iniesta leaves while in the midst of leading the Spanish charge in the 2018 World Cup. 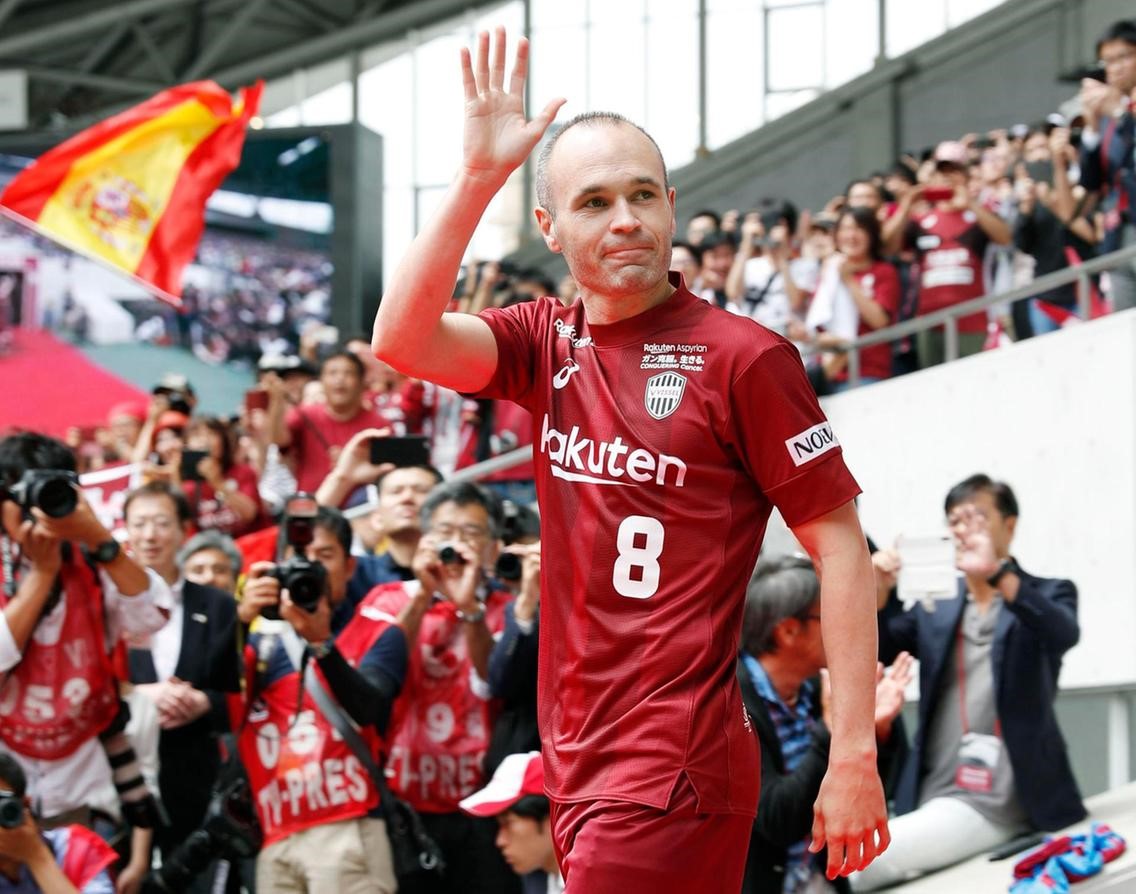 Moving to a Rakuten-bankrolled club nicknamed Ushi  (The Cows) might seem like a staggering level drop for the fans of the maestro. But Iniesta, like the great Zinedine Zidane showed when leaving Madrid on a high, knows the importance of leaving when people ask ‘why?’ and not ‘why not?’. He wants to leave on a high, rather than becoming an emblem of the club’s past who’s stuck on the bench, safe in the comfort of a lifetime contract.

“I’m leaving because my body’s asking me to. If not, I would have continued. When my body told me I couldn’t give more, I knew. I understood: I have to get out. It takes longer to recover physically and mentally it’s exhausting – so many years, the last three as captain. I’ve squeezed out every drop, there’s nothing left. This is the honest thing to do. It would have been easy to carry on, not worry if I was playing or performing, but I couldn’t do that. It could have been next year but it’s this. Now was the time.” (Andres Iniesta, speaking to The Guardian)

Also, Iniesta to Japan seems as good a stylistic fit as any when it comes to veteran marquee transfers out of Europe (as opposed to thoroughly underwhelming moves such as Steven Gerrard to LA Galaxy and Rafa Marquez to the NY Red Bulls). A nation with a strong conveyor belt of high-class creative midfielders such as Yasuhito Endo, Keisuke Honda and Shinji Kagawa will revel in Iniesta’s wizardry. One can almost imagine a dainty Iniesta flick-n-pass being rifled into the top corner by Lukas Podolski’s Thor hammer of a left foot.

But before we let our imagination run wild, there’s the small matter of a World Cup to play. Iniesta and that ageing Golden Generation of Spanish greats have one last chance to relive those memories of 8 years ago, memories that have since etched Iniesta into the annals of Spanish football folklore. The goal, the history it made, the memorable yet poignant celebrations, with Iniesta remembering the late Dani Jarque… simply magical.

And here we are with Iniesta, the elder statesman leading the next generation of La Furia Roja to another World Cup. And while the Spanish team is not exactly as good as the 2010 vintage – the absence of a striker fully in harmony with the rest of the team might come back to hurt them – we’ll still get to see some scintillating football, with Andres Iniesta leading the orchestra. Let’s just sit back and enjoy the magic one last time.

The Lion leaves the den: the Legacy of Gianluigi Buffon