Arsenal resumed their Champions League qualification push with a 5-0 win away at Norwich City on Sunday, with Bukayo Saka scoring a brace.

Saka scored early on before the Gunners’ lead was increased just before half-time by defender Kierney. Saka added a third soon after the hour mark, and Norwich’s hopes were dashed in the closing 10 minutes when Alexandre Lacazette scored a penalty. Emile Smith Rowe scored Arsenal’s fifth goal soon before full-time to help transform the game into a thrashing. 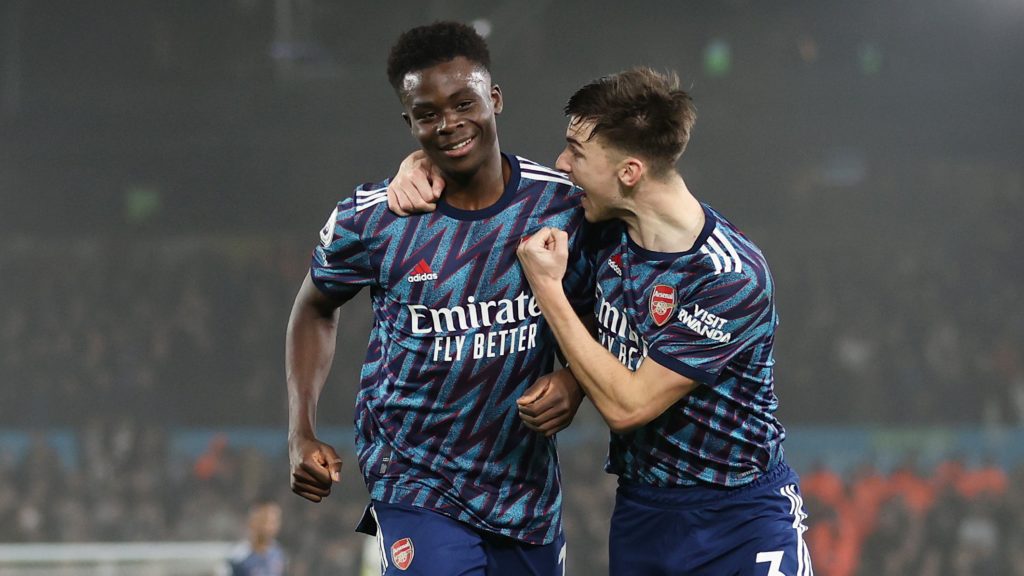 Arsenal now have 35 points after 19 games, with manager Mikel Arteta’s side winning their fourth straight league game, boosting their chances of qualifying for the Champions League for the first time since 2017.

“It’s a very satisfying result because in this festive period, we have to keep performances to a high level,” Arteta said. “We looked really sharp and committed.

“It’s a big win for us. The amount of chances we create is pleasing. We go to every ground to try and impose our game. Today was a really good example.”

Saka scored a well-worked team goal to put his team ahead early. Following a beautiful play by the visitors, the 20-year-old collected the ball on the right-hand side before cutting inside and blasting beyond Norwich goalkeeper Angus Gunn.

On the stroke of half-time, Arsenal extended their lead when midfielder Martin Odegaard found Tierney with a through pass, who tapped home.

Saka took advantage of Arteta’s side’s dominance in the second half, adding a third with a powerful strike from the edge of the 18-yard box on 67 minutes.

When Lacazette was taken down by Norwich defender Ozan Kabak on 83 minutes, he was awarded a penalty, which he dutifully put away. Smith Rowe concluded a good Sunday for Arsenal by scoring from close range after coming off the bench.