Barcelona came from behind to beat Galatasaray 2-1 and reach the quarterfinal of the Europa League on Thursday.

Pierre-Emerick Aubameyang continued his fine form as the former Arsenal captain scored his seventh goal in as many games to help his side advance to the last 8.

The Gabon international hit the winner in 49th minute after Pedri cancelled Marcao’s opener in the first half.

The opening 30 minutes of the first half in Istanbul was so tedious for Barça as they were outclassed by the well organized hosts who were supported by a vociferous gallery.

After a period of continuous pressing, Marcao put the homeside in front with a diving header from a corner in the 28th minute and sent the crowd into a frenzied celebration. 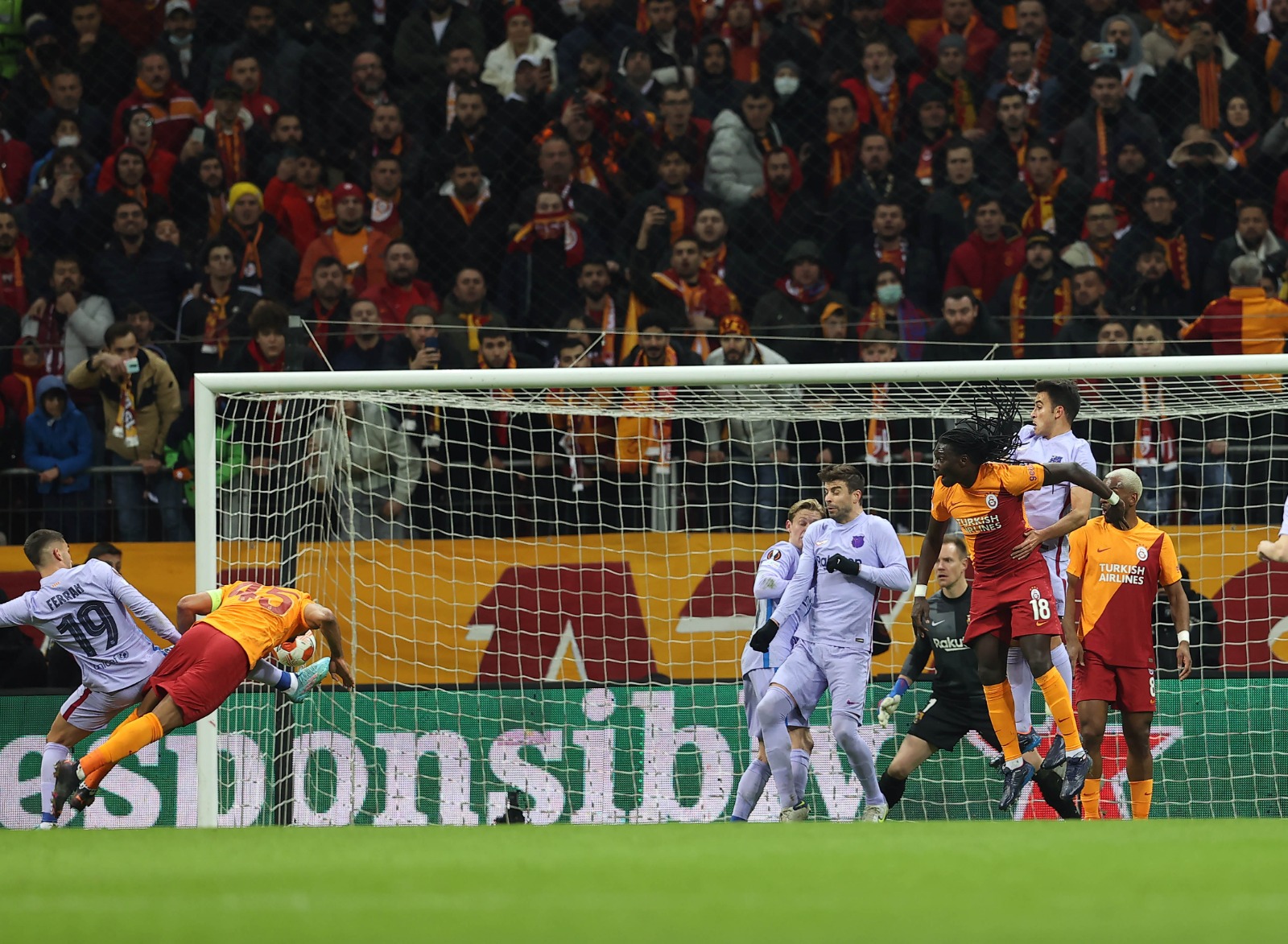 The joy of the goal didn’t last much as Ferran Torres made a great assist to Pedri who made a brilliant footwork and great composure before sending the ball to the top corner in the 37th minute.

In the second half Barça started with further enthusiasm and spirit. They were more creative, more intense and they could keep their possession.

The visitors thus took a deserving lead inside 10 minutes to the half through in-form Aubameyang after a goalmouth scramble. Auba took a header pass from Frank de Jong and slotted home without any mistake.

In a bid to take the game to extra time, the Turkish side rallied into the Barca half while Barca created chances in the other end.

The impatient home crowd became frustrated with Barca’s possession game and they threw objects and bottles to the pitch for which the referee had the stop the game for a few minutes while Galatasaray players tried to calm down the situation. 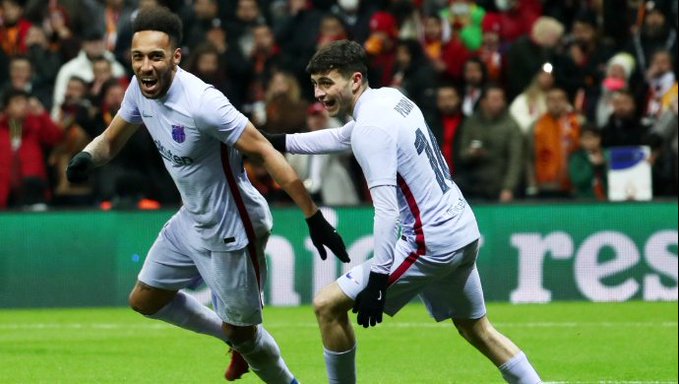 Xavi’s men held on in the injury time as they survived the scare in the final minutes.

“We played a match of huge personality. It was a great performance to fight back in a ground like this against a very good team. They knew how to defend against us but we were patient. I’m very happy for my players.” Barca boss told in the post-match reaction.

The result is remarkably disappointing for Gala as they are stuttering in the Turkish Super Lig on 11th place and are on the verge of missing out European football next season.

Elsewhere in the Europa League West Ham edged Sevilla 2-0 and advanced to the quarters with a 2-1 aggregate score while Rangers, Atalanta, Sporting Braga, Lyon and Frankfurt also reached the last eight of the Europe’s second most elite tournament.