Tottenham Hotspur have earned another supporter for the Champions League final against Liverpool, as David Beckham has revealed his support for the Lilywhites.

Mauricio Pochettino’s side lock horns with their fellow Premier League side in Madrid’s Wanda Metropolitano Stadium, as they seek to end their season on a high after what has been a remarkable campaign on the continent.

Liverpool, chasing a sixth European crown, stand in their way and have the added incentive of securing redemption after falling to defeat at the same stage 12 months ago against Real Madrid – one of Beckham’s former clubs.

Ex-England captain Beckham made his name playing with Manchester United, one of Liverpool’s arch-rivals, but in a post on Instragram he revealed that was not the reason behind his support for the north London side.

Instead, Beckham shared a story about his Grandad, a Spurs fan, who he said would have been ‘so proud’ to see Tottenham in the Champions League final. 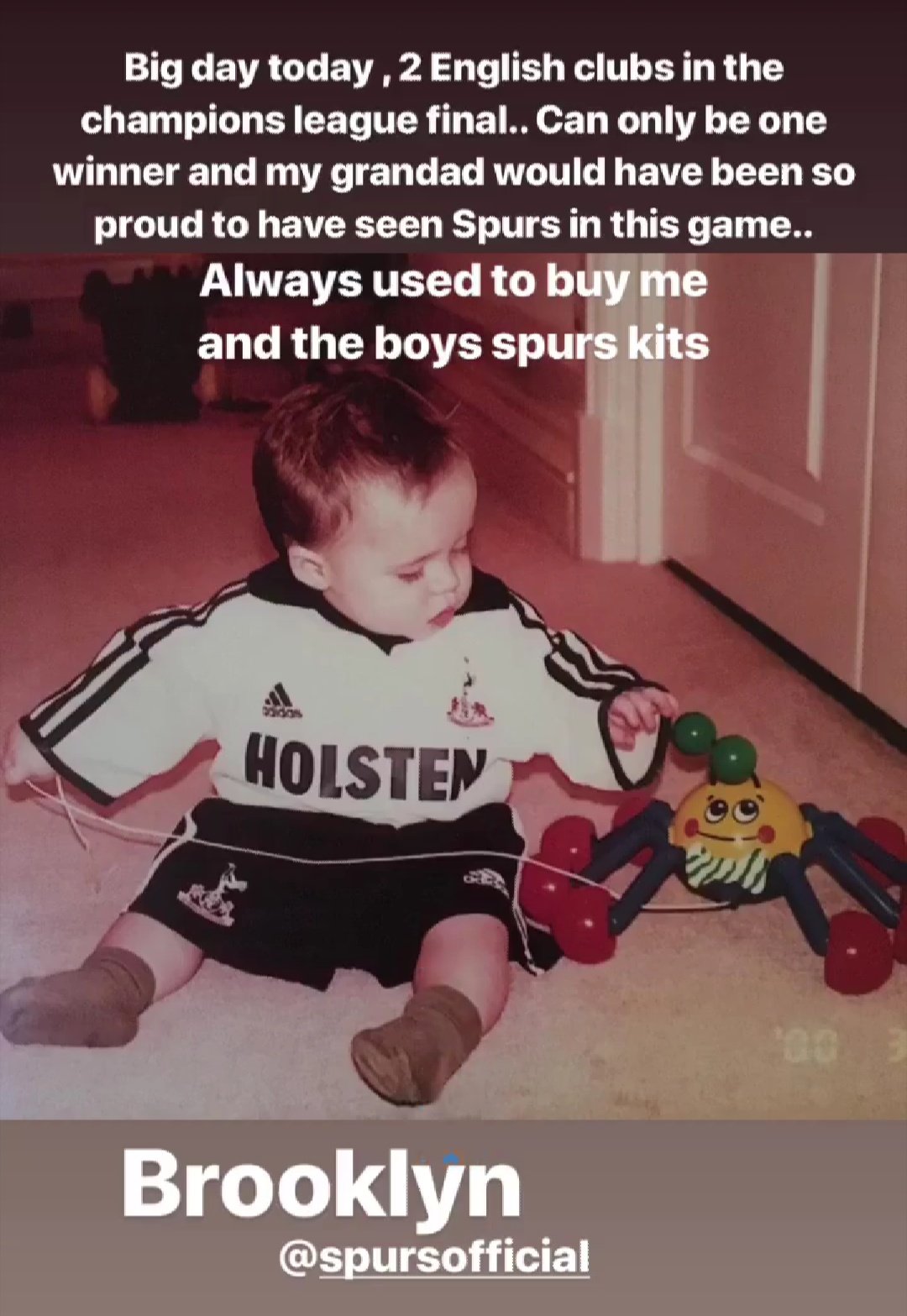 “Big day today, 2 English clubs in the Champions League final. Can only be one winner and my Grandad would have been so proud to have seen Spurs in this game,” he posted.

“Always used to buy me and the boys Spurs kits.”

Alongside the message, Beckham also posted a picture of his son Brooklyn in a vintage Tottenham jersey and tagged the club’s official account.