When will it come home?

55 years, A span lasting about half a century, may not be a long time when you consider events like evolution, civilizational changes, and all those stuff.

Though many bookies rank England among the favourites to win the EURO’s, according to the Opta based Stats Perform’s AI model, which takes into account a whole lot of factors, England is down the pecking order with even Denmark having marginally better chances to lay hands on the Henri Delaunay Trophy.

So even though winning the Euro’s are kind of a slim chance compared to the likes of other heavyweights, a lot of focus will be sprayed on the “change in approach” Southgate’s men should adopt against the tougher opposition, and hopefully rosier days would lie ahead for the Three Lions.

In the midst of high expectations and the above-mentioned reality, are a group of a young, vibrant, talented pool of players with key experienced wise heads among them and above all, a man at the helm, Gareth Southgate, waiting to prove a point or two.

The European Qualifiers have always been easy hunting grounds for the Three Lions as they find no trouble in breezing past the minnows. England has one of the best records in the qualifiers and unsurprisingly this term they registered 7 wins out of 8, amassed 37 goals, and let in just 6 goals; with a solitary defeat against the Czechs the only setback. In the UEFA Nations League A Group, England finished 3rd behind toppers Belgium, and Denmark(level on points). However, it was largely down to the home game against Denmark, which witnessed a Maguire red card changing the course of the game. England had won all the games since then and they come into the tournament with a rich vein of form.

The major talking points during this time span were the emergence of a brilliant crop of youngsters and the change in formations that Southgate adopted.

History in the Euros 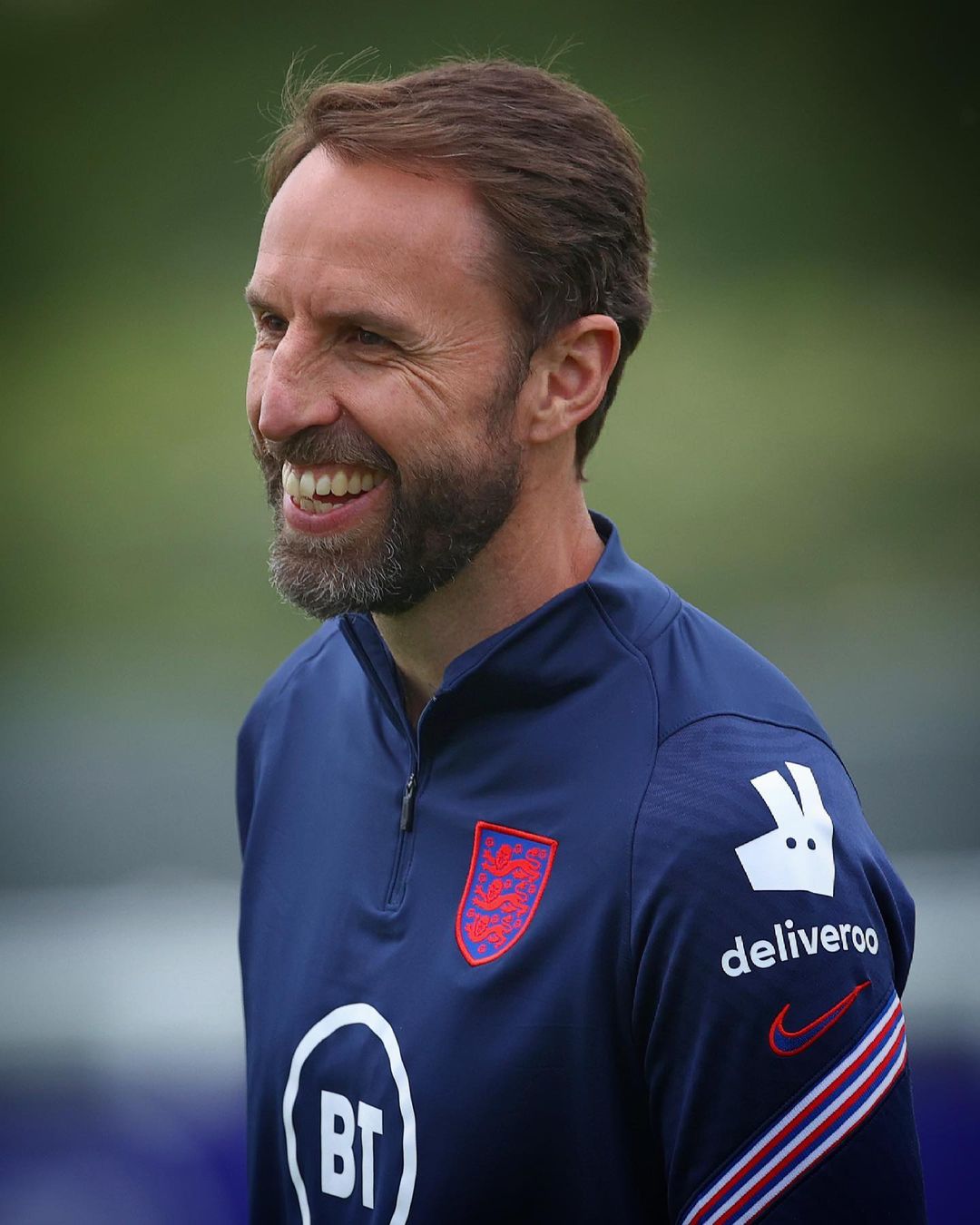 Disappointment and disaster have ravaged many a  fabled England side over the years. Apart from a World cup victory in 1966, England hasn’t had a foothold in any of the major tournaments it has played since.

In the modern footballing era, finding a suitable manager and creating the perfect atmosphere behind the scenes is critical for a team to succeed at any level of the game. In Sven Goran Eriksson’s tenure, it was largely described as an ‘over relaxed’ atmosphere in the camp, and in Fabio Capello’s tenure, it was a stark contrast ‘Regimental’ approach adopted in the squad going into major tournaments. None of it worked out well and this is where Gareth Southgate has made his presence count.

Since taking over the baton to guide the team, Gareth Southgate has done a wonderful job in motivating his players and maintaining a positive atmosphere at the camp. His experience of working with the England U-21’s had helped him a lot in integrating young talents into the squad. Southgate has also worked with the emotional and mental aspects of players, bringing in Sports Psychologists and having open communications to help out his players. It has boded well in the World Cups and will definitely help the players attain the right state of mind going into the tournament.

Another area where Southgate has improvised is in finding a good balance to the squad. Players like Kalvin Phillips, coming from a promoted side, have become an important part of the manager’s system. This goes on to show that the manager, unlike the previous ones, prefers more balance to the team rather than quality alone. The stern and steady progress in the squad is visible in the timeline since he took charge. However, questions still remain as to whether Southgate can take this team to the elite level.

Coming into the tournament, Southgate has the perfect opportunity to prove his doubters wrong and also put behind the haunted memories of his semi-final penalty miss vs Germany at the EURO ’96.

Now, let’s dive into the squad. 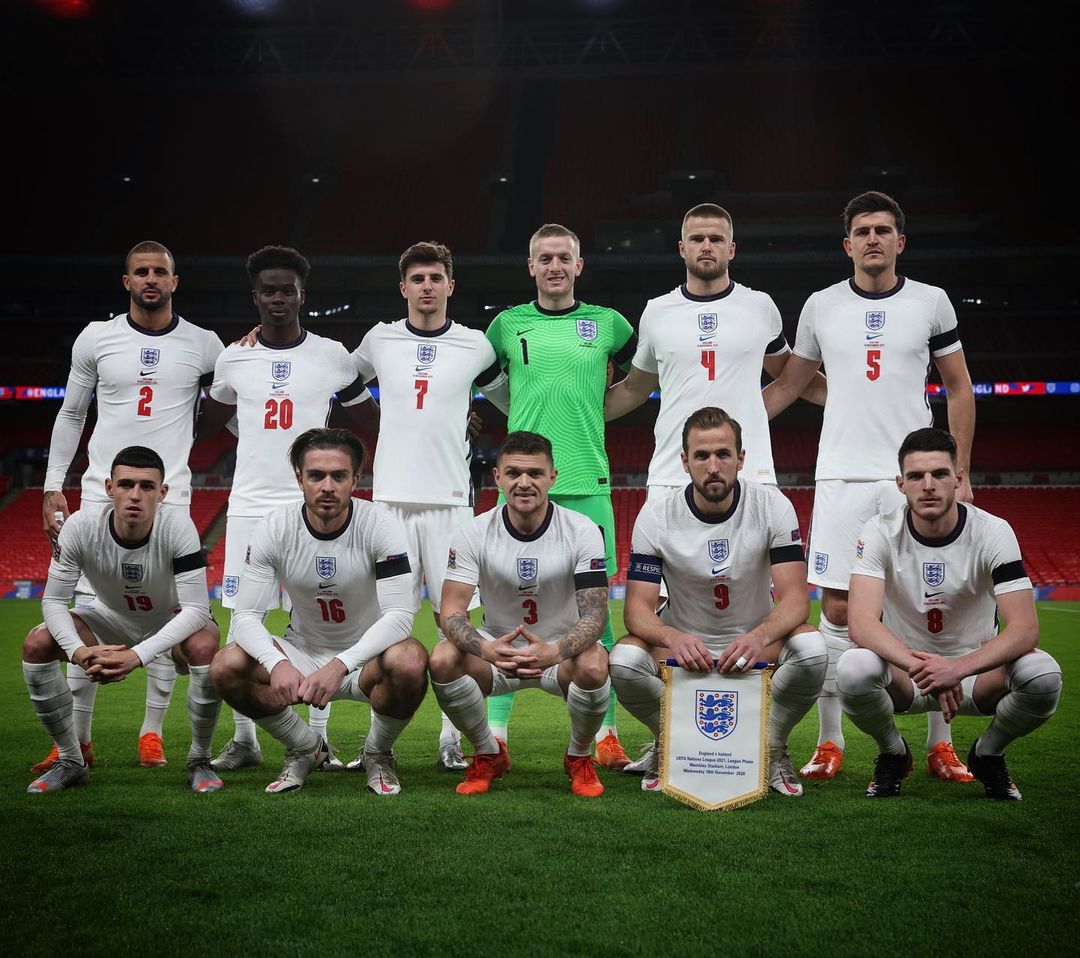 The final 26 man squad announcement caused a frenzy in the social media after the selection of 4 top-quality right-backs in the squad was soon followed by a flurry of memes highlighting the ‘Right’ sided bizarre formations. But jokes aside, looking deeper into the context, Southgate has picked the best available options and more importantly a strong and better-balanced midfield.

The tactics Southgate prefers will be hugely instrumental to the way the team sets up in the tournament. Though he has preferred a ‘3 at the back’ pragmatic approach in the 2018 World Cup and in big games, the final round of friendlies and the attacking talent on offer should tempt him to go with the 4-3-3 formation.

The fitness of the Manchester United captain Harry Maguire will be of utmost concern to the manager as it can influence the approach Southgate adopts. He has also made things complicated with his selections in the last 2 friendlies, giving a total of zero minutes to the players who were involved in the UCL finals.

Nevertheless, there seems to be clarity in the way the Three Lions will step out on the 13th of June against bitter rivals Croatia. Pickford will naturally be the man between the sticks. Luke Shaw, Harry Maguire, and John Stones are assured starters in the defence, but the RB role is up for grabs. Declan Rice is the player that brings defensive stability to the team with the likes of either Jordan Henderson or Kalvin Phillips to compliment him. Grealish and Mount will be asked to provide the attacking spark from the midfield.

With the likes of Marcus Rashford, Raheem Sterling, Jadon Sancho, Phil Foden, and Bukayo Saka upfront; the most influential player in the squad and one of the best All-round Centre Forwards in the modern game, Superstar Harry Kane will lead the line wearing the Captain’s armband. Dominic Calvert Lewin’s aerial prowess might be of help during crunch games in the latter stages of the tournament.

At 17 years of age, Jude Bellingham is an eye-catching addition to the squad. The teenager has notched up strong performances to deservedly earn his place in the squad and is expected to get valuable minutes in the tournament. Some EURO records are in the sights for the youngster, who has a bright future ahead of him.

There is some serious attacking talent in this squad and it will be really interesting to see how things pan out. Jack Grealish has been absolutely top-notch coming into the EURO. The game sense he has acquired lately coupled with the ability he possesses makes him simply unplayable when he is on song. Mason Mount has been brilliant in attack and has developed into the kind of player every manager dreams to have in their squad.

Phil Foden has been a revelation this season and his calmness and control with the ball at the feet is just world-class. Breaking into the star-studded Manchester City line-up, the youngster has been rewarded with The Premier League Young Player of the Season Award.

Jadon Sancho has achieved absurd creative stats in Bundesliga at such a young age. Marcus Rashford has had his best season for his club up the sleeves coming into the tournament. Bukayo Saka is a versatile attacker with great composure at such a young age. The pacy winger Raheem Sterling had a blip with his club, but he always turns up for the Three Lions. To top it all, with the destructive force Harry Kane up front, this England attack is something everyone will keep tags on.

It’s Wembley all along

With the competition supposedly celebrating its 60th Anniversary, and the event is organized in multiple cities across Europe, England has been clearly benefited to play all their group games at Wembley, and the possible scenario of topping the group and progressing deep could well see them play the entire tournament (except Quarterfinals) in their Fortress! To add more perspective, Southgate’s men have lost just two of 23 Wembley home games under Southgate – against Spain and Denmark.

Questions have always been raised regarding whether Southgate has been able to get the best out of his attacking talent. His defensive approach in big games has clearly dented the attacking might of the squad previously, and the question will again take center stage if the dire approach continues or if the performance doesn’t meet the expectations.

The English squad, being the most used one coming into the competition (EPL voting for only 3 subs being the major reason), suffers from fitness issues to key players. Southgate will have to manage the squad well going deep into the tournament.

With the average age of the squad marginally above 25 years, The Three Lions have the 2nd youngest squad in the tournament, behind Turkey. They are also short in international experience, with the team being one of the least capped squads. Will it matter, notably in crunch games? Let’s see it as the tournament unrolls. 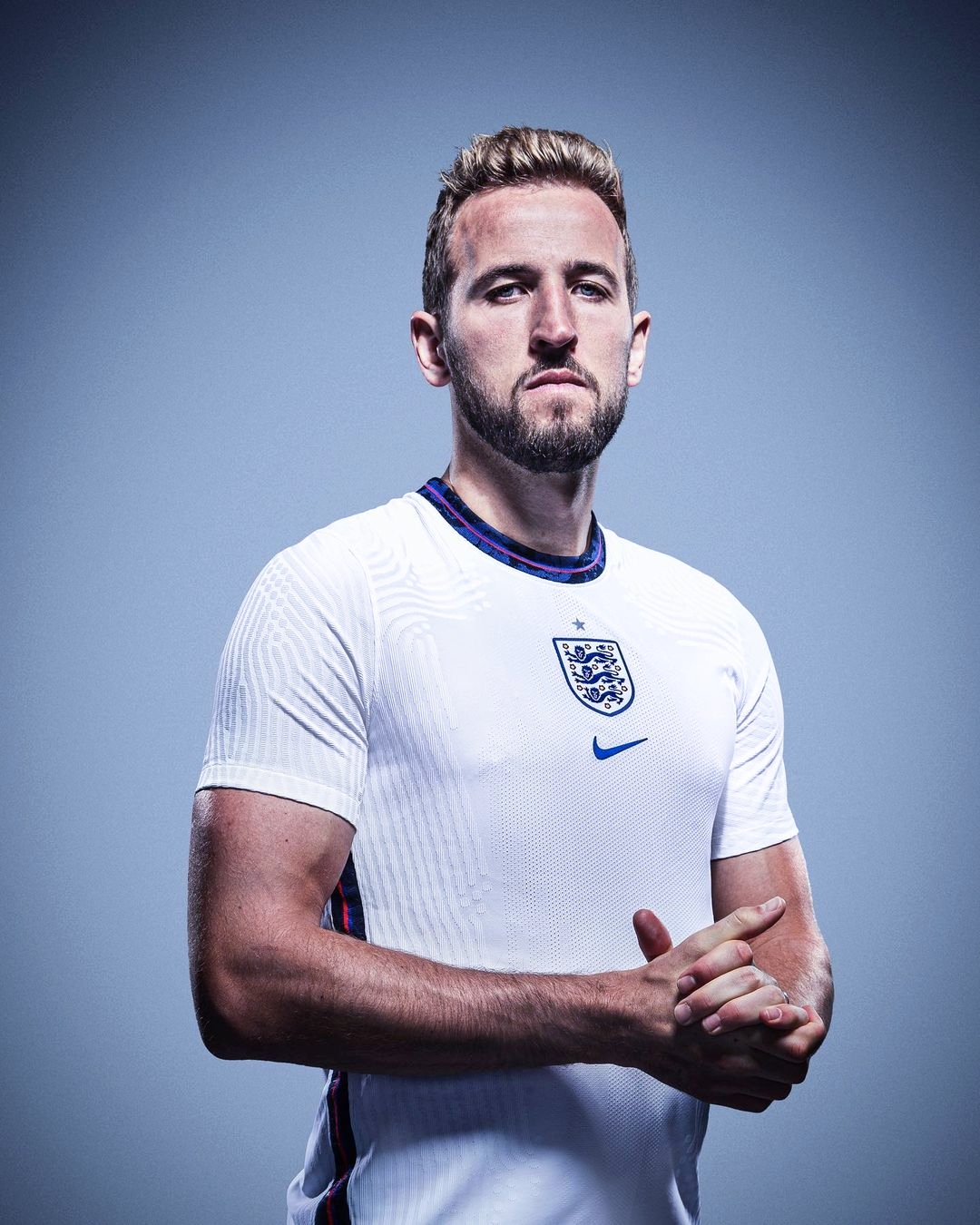 The Starman for his club and country will no doubt be the center of attraction in the mega event. The already prolific goalscorer, who scored 34 goals for his country, had recently added the creative dimension to his game, notching up a mind-boggling 33 goals and 17 assists in all competitions for an underwhelming Spurs side this season. The Walthamstow-born Centre Forward has been Gareth Southgate’s most trusted personality in the squad, rightly giving him the captain’s honors. He is a well-respected figure among the group and a player who everyone looks up to. With his Tottenham future under scrutiny, after he publicly expressed his desire to explore his career, all eyes will be on the talisman who leads the Three Lion’s attack and carry the heavy load of a nation’s expectations on his shoulders. 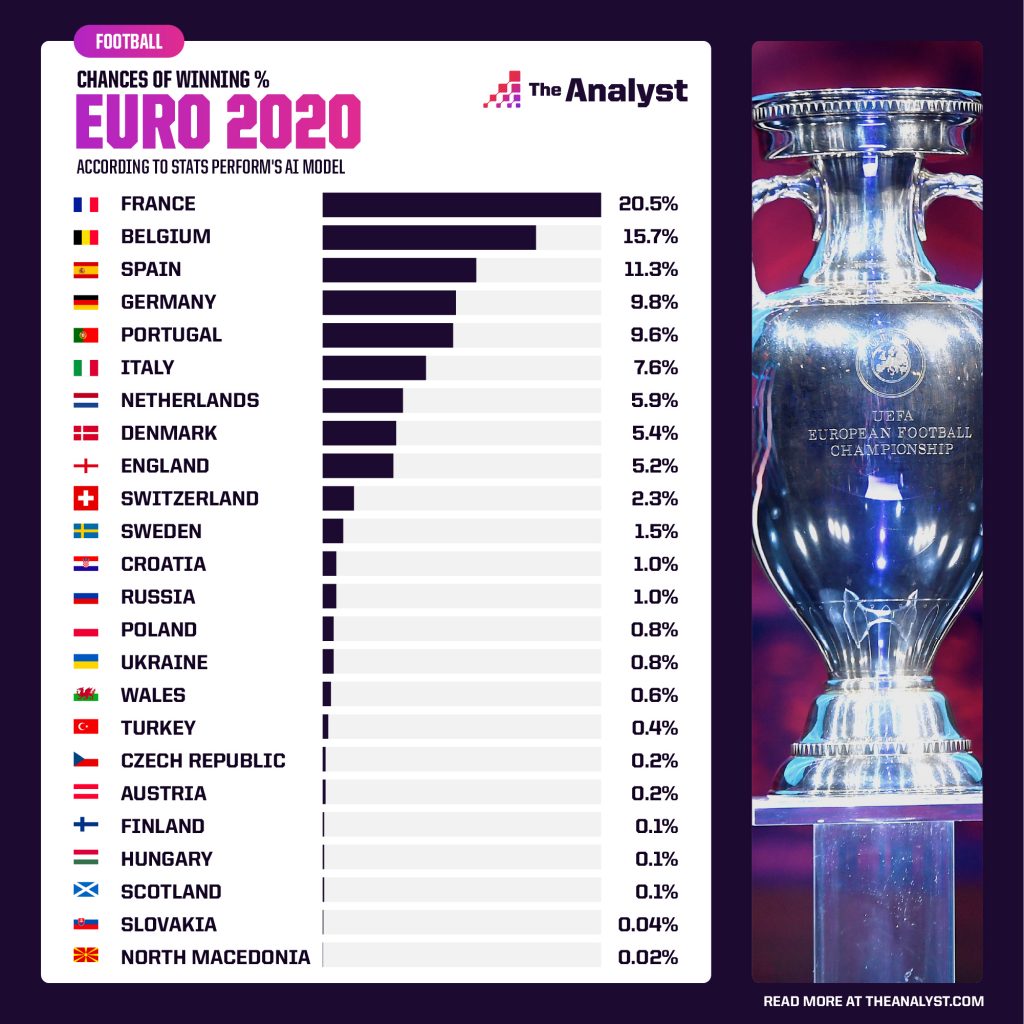 Rooney, Lampard, Scholes, Beckham, Terry, Ferdinand, Gerrard, Neville, Owen, Cole. There used to be a time when all these stars used to line up together and won absolutely nothing because they didn’t have the right formula on the pitch. Players like Carrick and Hargreaves were not at all used to their potential in the international stages. The times have changed and the current crop neither has the star pull nor the experience as in the past. But there certainly is more cohesion and unity among the players and staff, which should act as a catalyst towards success.

With the team expected to top a crucial group that contains many interesting fixtures, the knockout paths are set to be packed with heavyweights. So, will this be the ‘moment to cherish for the long-suffering England supporters? Only time will tell.