After a long speculation and dramatic turn arounds, 10 South American sides will contest the delayed 47th edition of the Copa America in Brazil.

The competition was originally scheduled to take place in 2020, but was postponed because of the coronavirus outbreak.

Largely mirroring the Euros, the Copa America kicks off on 13 June when Brazil take on Venezuela in the opening game. The final takes place on 10 July – although the time difference means that in Europe, it will be seen in the early hours of 11 July, the same day as the Euro 2020 final.

Argentina and Colombia were originally set to co-host the tournament, before it was moved to Brazil on 31 May.

Why was the tournament moved?

South America’s historic competition was set to be hosted by more than one country for the first time since 1983, but will now be hosted by Brazil for the second time in a row.

Colombia’s games were taken off them in May amid ongoing civil unrest, with a series of protests held against the country’s government after it tried to implement a controversial tax plan.

Argentina had offered to host all matches, but was stripped of the tournament on 30 May, just two weeks before the opening game.

CONMEBOL confirms that Colombia will no longer host the Copa America tournament as political unrest continues in the country pic.twitter.com/ccdrrMZzGp

Governing body Conmebol said Argentina was removed as host because of the “present circumstances”, with the country experiencing a surge in Covid-19 cases.

Brazil – itself hit hard by the coronavirus pandemic – stepped in to host the event, although no fans will be able to attend matches.

Jair Bolsonaro, the country’s president, said the decision to host the tournament was not up for discussion, despite receiving widespread criticism.

Brazil has registered more than 460,000 Covid-19 deaths – the second-highest toll in the world, after the United States. It also has the third-highest number of recorded coronavirus cases, at more than 16 million.

Bolsonaro said: “From the beginning I have said about the pandemic: I regret the deaths, but we have to live.”

Which teams are involved?

The Copa America usually features 12 teams, with two guest nations from North America or Asia invited to play alongside the 10 members of South America’s football confederation.

As the two previous winners of the Asian Cup, Australia and Qatar were set to take part this year, but both countries later withdrew because of a clash of fixtures with rearranged 2022 World Cup qualifiers.

The 10 teams have been split into two groups of five, with the top four teams from each group advancing to the quarter-finals.

Matches will be played across the cities of Brasilia, Goiania, Cuiaba and Rio de Janeiro, with the iconic Maracana stadium hosting the final.

Who are the favourites?

Despite no longer playing on home soil, Argentina are among the favourites, with Lionel Messi looking to deliver silverware.

Messi, 33, has won 10 La Liga titles and the Champions League four times with Barcelona, but is yet to lift a major trophy with his country.

The forward has been on the losing side in three Copa America finals, most recently missing a penalty in the 2016 shootout against Chile.

Victory for Argentina would put them level with 15-time winners Uruguay as the competition’s most successful nation.

Though they haven’t lifted the trophy since 2011, Uruguay will still be a team to watch, especially given the impressive seasons that strikers Luis Suarez and Edinson Cavani have enjoyed.

Current holders Brazil are also among the contenders as they seek to clinch a 10th title, with Neymar hoping to make amends for missing out on their 2019 triumph with a ruptured ankle ligament. 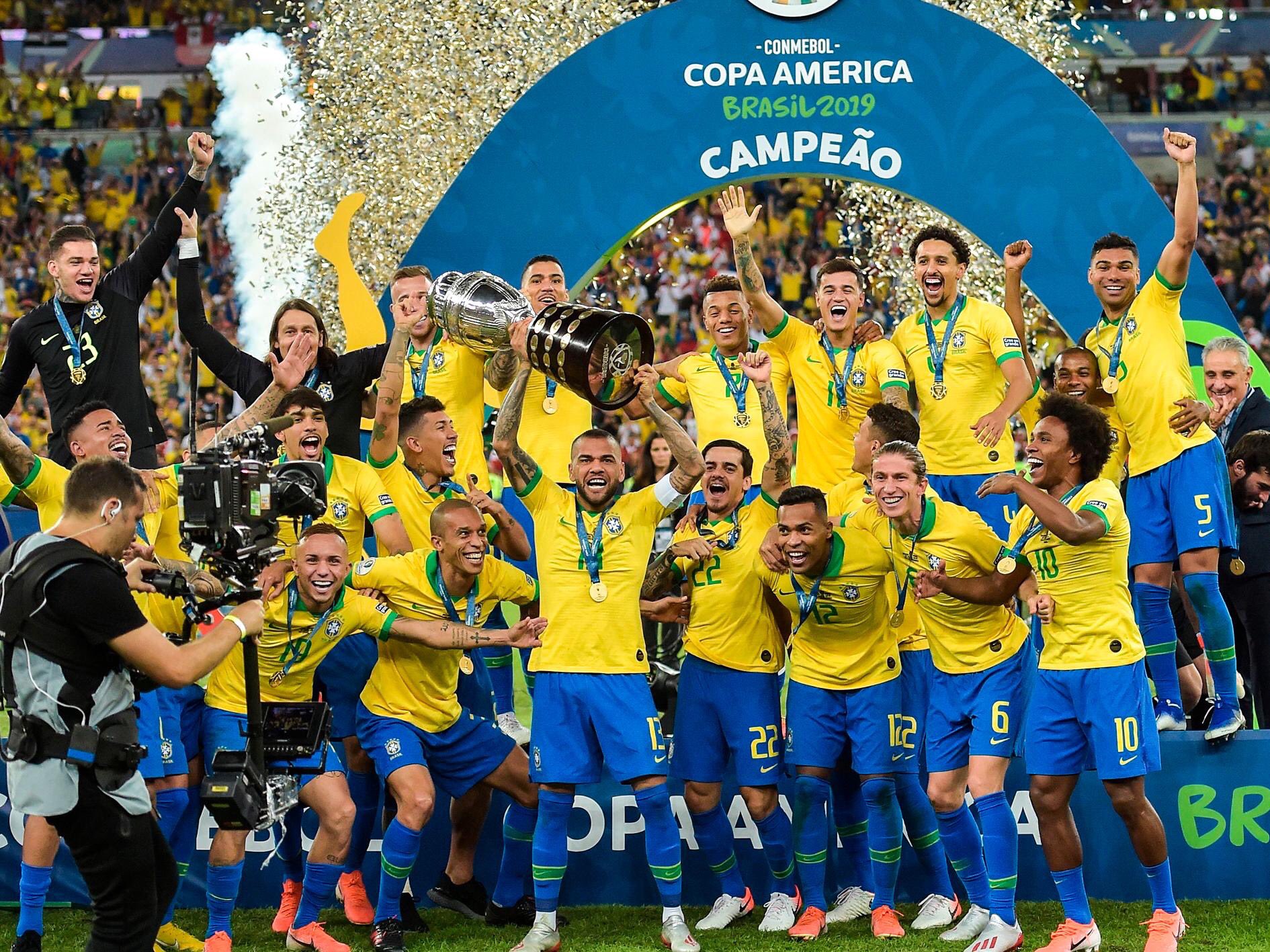 Who are the star names to watch out for?

And there are plenty. Inter Milan striker Lautaro Martinez was arguably Argentina’s breakout star at the 2019 Copa America. The 23-year-old has had another impressive season for Inter, with 18 goals in all competitions and has established himself as a regular starter alongside Messi for La Albiceleste. 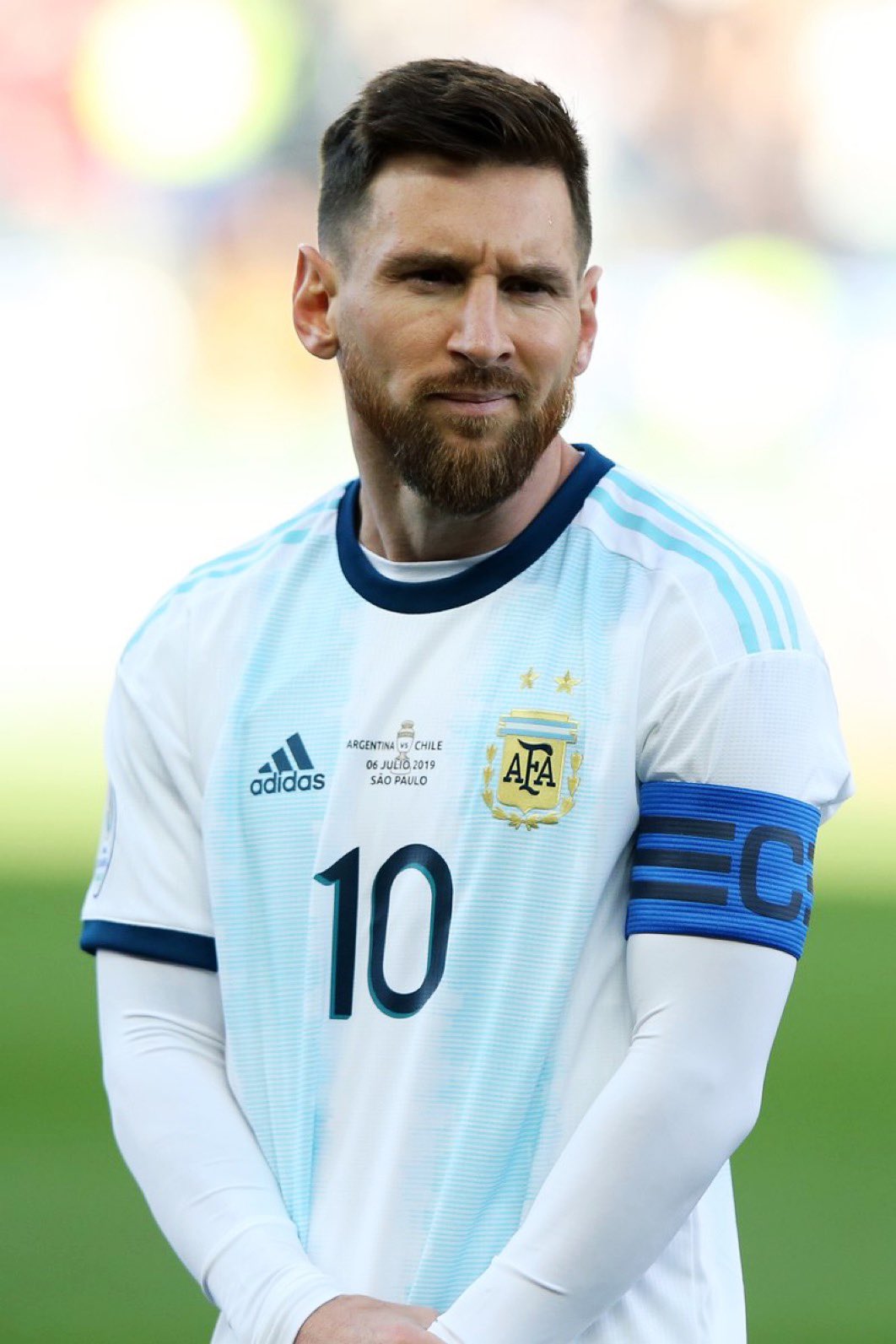 His Inter team-mate Arturo Vidal, 34, is heading into his fourth Copa America with Chile, and is in good form, having scored four goals in Chile’s first five 2022 World Cup qualifiers.

Colombia’s Luis Muriel is another Serie A star to watch. The 30-year-old Atalanta forward has been outscored only by Cristiano Ronaldo and Romelu Lukaku in Italy this season, with 22 goals in all competitions.

Roberto Firmino will be keen to show what he’s capable of on the continent’s biggest stage. Despite a disappointing season for Liverpool, scoring just nine goals in 48 outings, he has struck more consistently for Brazil.

Fans will be excited to see Cavani and Suarez leading the charge for Uruguay. The pair of 34-year-olds have had strong seasons for Manchester United and Atletico Madrid, with 38 goals between them in all competitions.