So finally, international football returns to our TV screen—a well-deserved break from the woes of club football. Seasons ended in tears for the Manchester powerhouses, but now we get to see the best battle it out with different badges on their chests. From Pogba- Kante pivots to centre back to widths of Rashford and Sancho, there is so much to look forward to. With the competition, fast approaching here is a short read to catch yourself up.

Public opinion seems to favour the holders of the last two international trophies, Portugal and France. So let’s swiftly dissect the two sides.

The reigning World Champions are leading the race in terms of international opinion. With the recall of 6-year absentee Karim Benzema after the season he had, they looked unbeatable, but after his injury, the camp has suffered a little set back at least for now. But generational youngster Kylian Mbappe is still alive though fresh over his prolific season in Ligue 1. He will definitely carry the team just like in their World cup winning campaign, and they look set to take the trophy back to Paris. With a midfield pivot of Paul Pogba and possible Ballon D’or contender Ng’olo Kante, who wouldn’t consider them favourites? With defenders like Jules Kounde and Presnel Kimpembe at their disposal, it’s impossible to make a case against them. The only side in the tournament that has a world-class spine and a ruthless manager at the helm, France look like taking victims this June. 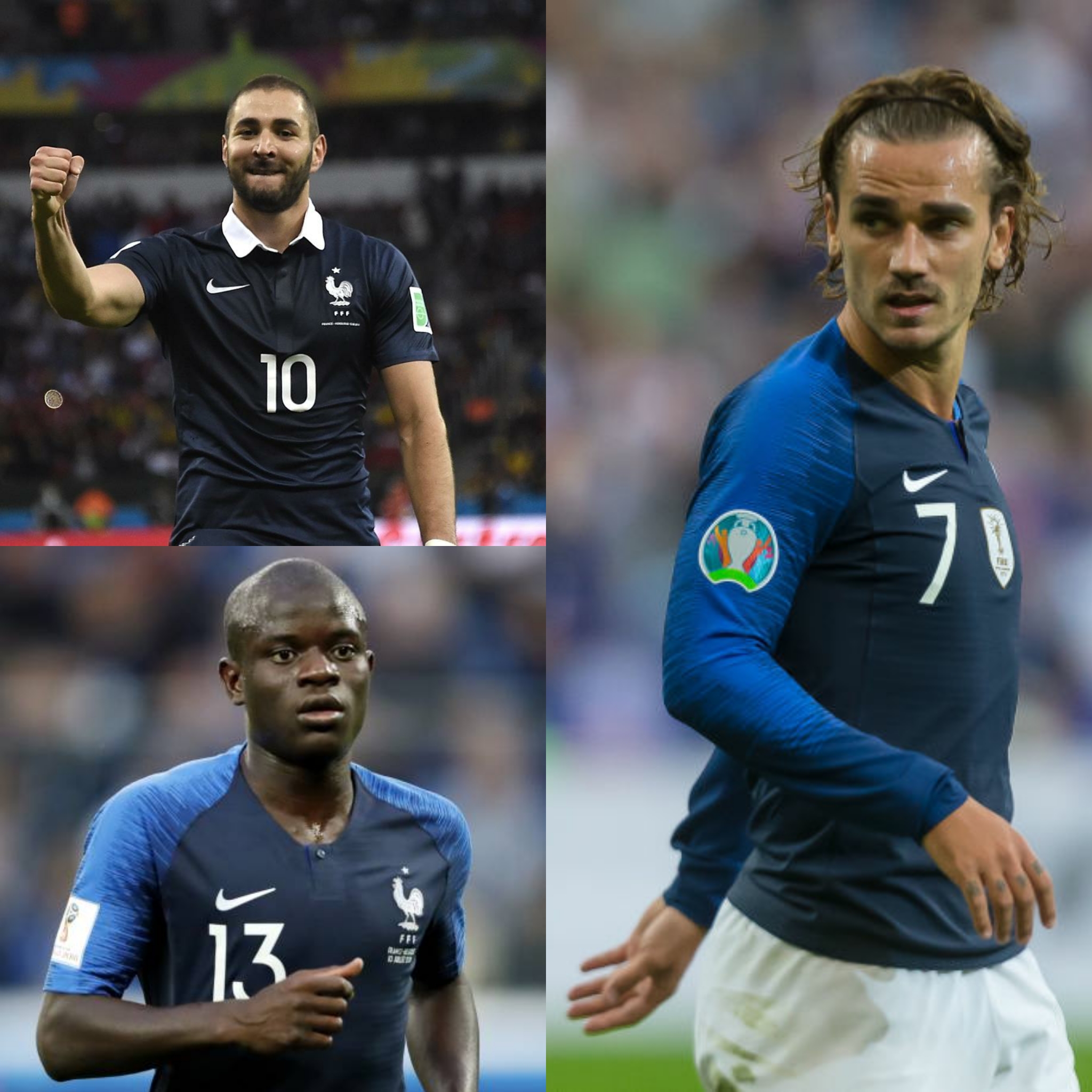 Arguably second favourites and holders of the esteemed trophy, the Portuguese look like causing an upset. With it likely being the last appearance of their talisman, Cristiano Ronaldo, he would be looking to bow out with a bang in the competition. With an array of talent behind him, including Bernado Silva, Joao Felix, and Bruno Fernandes, he would run riot. Not forgetting Portugal’s defence that doesn’t seem to age with Pepe and Fonte. Also, City duo Dias and Cancelo would be looking to build on an impressive season. It’s clear that though winners, Fernando Manuel’s boys aren’t going anywhere.

This category holds the best of the rest, potential first, second, third and fourth runners up. Let’s take a look.

They’re always the ones you don’t see coming. But, after back to back underwhelming international campaigns, the Germans are looking to make this one count. With world-class players like Thomas Muller, Toni Kroos and Manuel Neuer, Germany are not just there to participate. It will be interesting to see how Joachim Lowe tinkers with his youngsters, Kai Havertz, Serge Gnabry and Leroy Sane. It will also give Timo Werner a chance to put his abysmal offside goal rate to bed, as well as for Manuel Neuer to prove once again why he’s the best in the world. 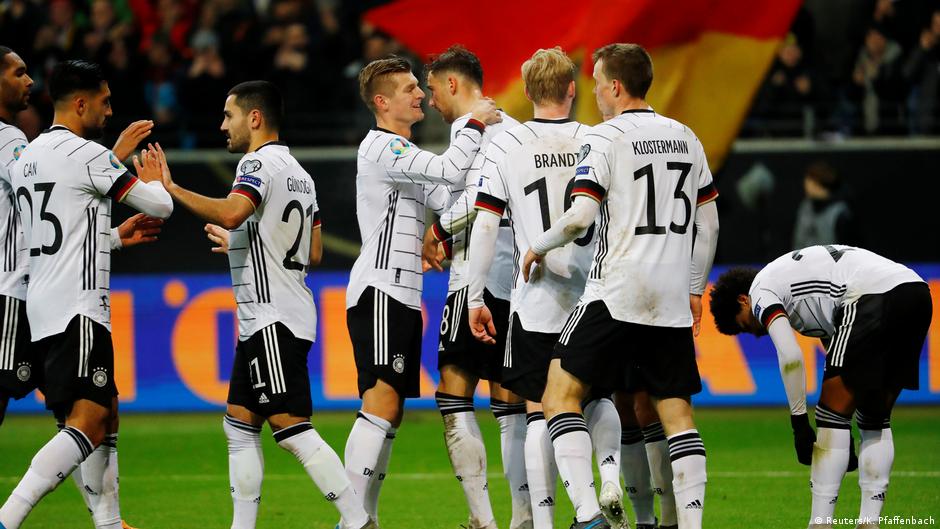 Drawn in the arguably easiest group in the competition among the big boys, Belgium are also posing a real threat to the big giants. The current leaders in the FIFA ranking have their fair share of stars like PFA Premier league players’ player of the year, Kevin De Bryne, Eden Hazard, La Liga winner Yannick Carrasco and Golden boot favourite, Romelu Lukaku. With the famous solid centre back partnership of Jan Vertonghen and Toby Alerweireld with Jason Denayer available, together with World-class keeper Thibaut Courtois, they look more defensively sound than others. With other lowkey ballers like Axel Witsel, Thorgan Hazard and Youri Tielemans in their squad, ignoring them would be a big risk. Their disadvantage is that their star men are still injured, at least for now. Despite having an array of talent at their disposal, Belgium have never actually done it on the big stages when it mattered most. Can they get over the line this time round? 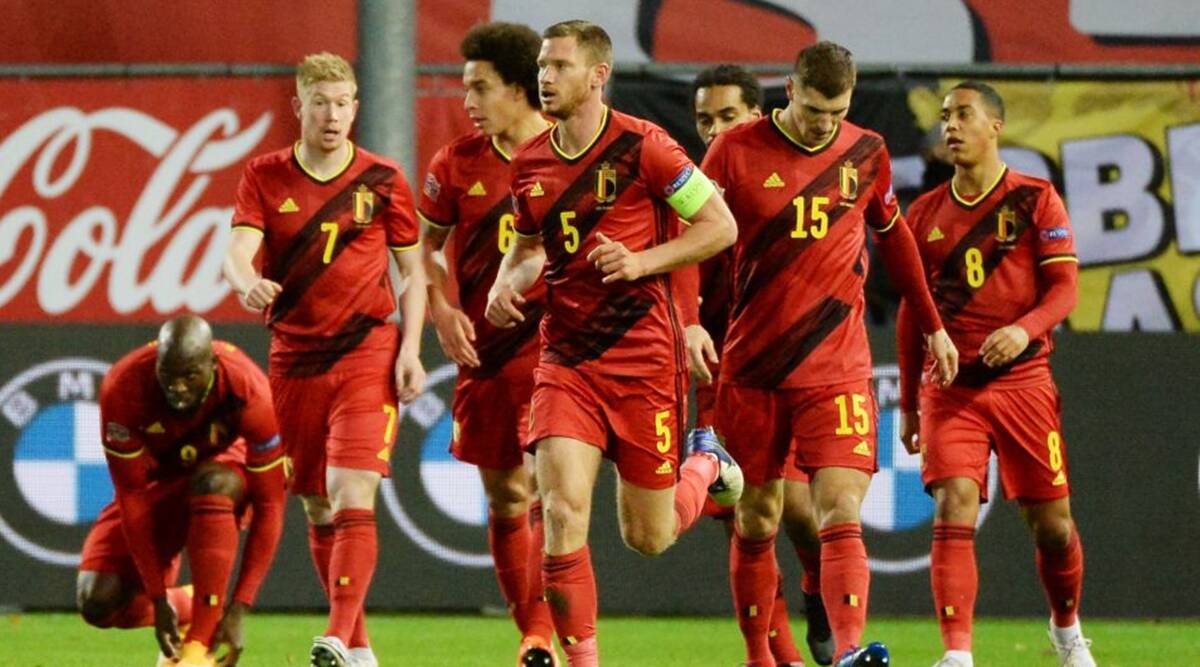 I don’t know if it’s still appropriate to place them in this category, considering the covid crisis they are undergoing as two of their important players tested positive for the menacing virus. Nevertheless, they will play eventually, and I believe them to be one of the rest. Barring fatigue and long term sickness, Spain do have quite a fit squad. The only position that it still in contention, for now, is the Goalkeeper position which will most likely be occupied by David De Gea, who had an abysmal end to the season with Manchester United. He had an embarrassing outing vs Portugal on the big international stage last time out. However, less well-known talents like Dani Olmo of Leipzig and Ferran Torres of Manchester City have mad potential and could make names for themselves this time. Together with famous stars like Thiago and Sergio Busquets, Spain are looking to re-create 2010. One thing they do seem to be lacking is a serial goal scorer; with Morata at the number 9 spot, it must just come back to bite them but with the likes of Gerard Moreno also available, they may be able to put away chances. With the absence of Sergio Ramos, the likes of Pau Torres will be forced to step up, but he has shown quality over the last couple of seasons attracting interest from the biggest clubs in the world. 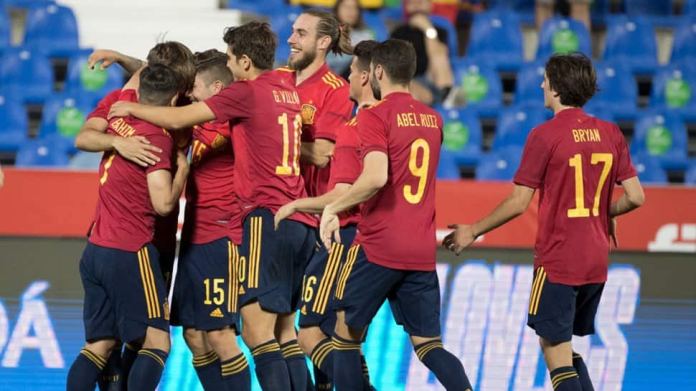 I really did contemplate whether Italy belonged in this section, but I duly remembered wise words, ‘’Defense is the best form of attack.’’ Italy are undoubtedly the best defensive team of our time. With massive defenders like Leanardo Bonucci and Giorgio Chiellini, what do you expect? Yes, they are old, but they always put their bodies on the line, and that is more than can be said about the new crop of centre backs coming up today. With Lorenzi and Spinazzola on either side of the pair, Italy look like a solid back four. Jorginho, Veratti, Barella and Locatelli, in the midfield, make Italy a new fan favourite. They also host a deadly attack in Ciro Immobile, Lorenzo Insigne and Federico Chiesa, to mention a few. Mancini is also somewhat competent compared To his counterparts in the competition and is likely to balance his team to restore the lost glory. After missing out on the last international competition, they will be hungry. They open the long-awaited competition for us and hope to extend their clean sheet record to 9 games. 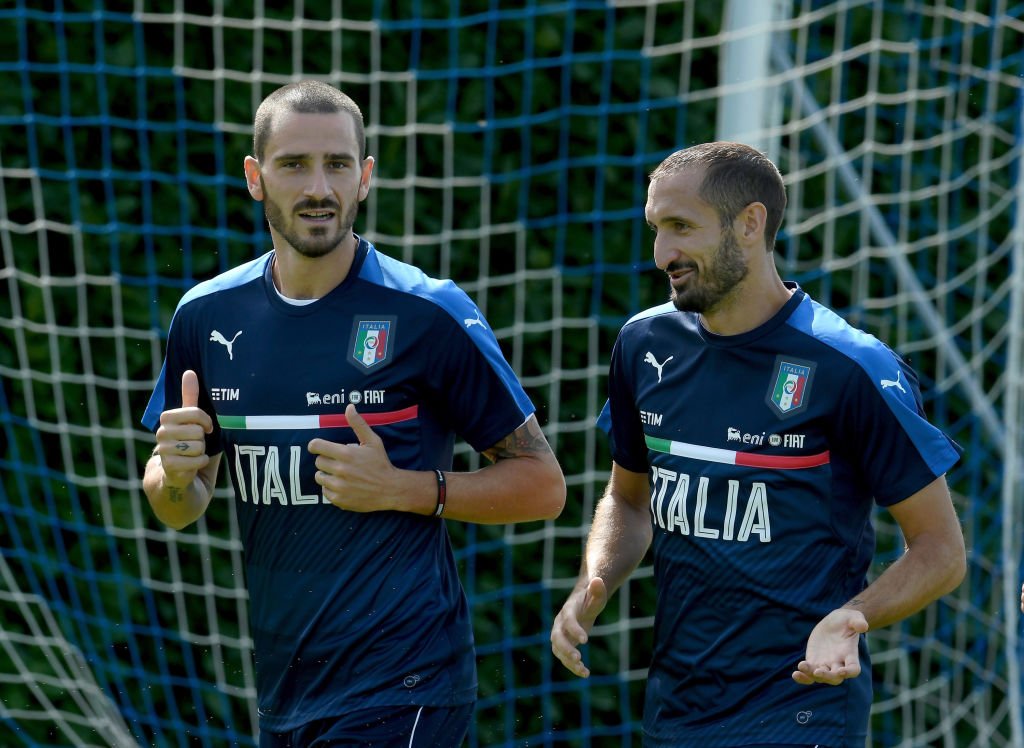 It comes as no surprise to anyone. Even the Englishmen themselves have given up before a ball has even been kicked. First and foremost, England have a simpleton at the helm in the form of Gareth Southgate well known for making questionable tactical decisions and playing in a way that doesn’t suit the players of the England team. It would be easy for England to crash out as early as the Group Stages with a not so easy group with a top-heavy team. The youngest group in the competition will struggle against low blocks and sturdy defences as they have in the past. But, not all is lost. They do have undeniable talent in Jadon Sancho, Marcus Rashford, Mason Mount, Jude Bellingham, Jack Grealish, to mention a few. Not to mention their talisman who has tapped into the creative side of his game as well, Harry Kane. And they do have competent defenders like Harry Maguire, John Stones and Luke Shaw fresh off good domestic seasons as well. England will have to join Manchester United fans praying for Harry Maguire to recover and be fit enough to lead his team to a trophy. 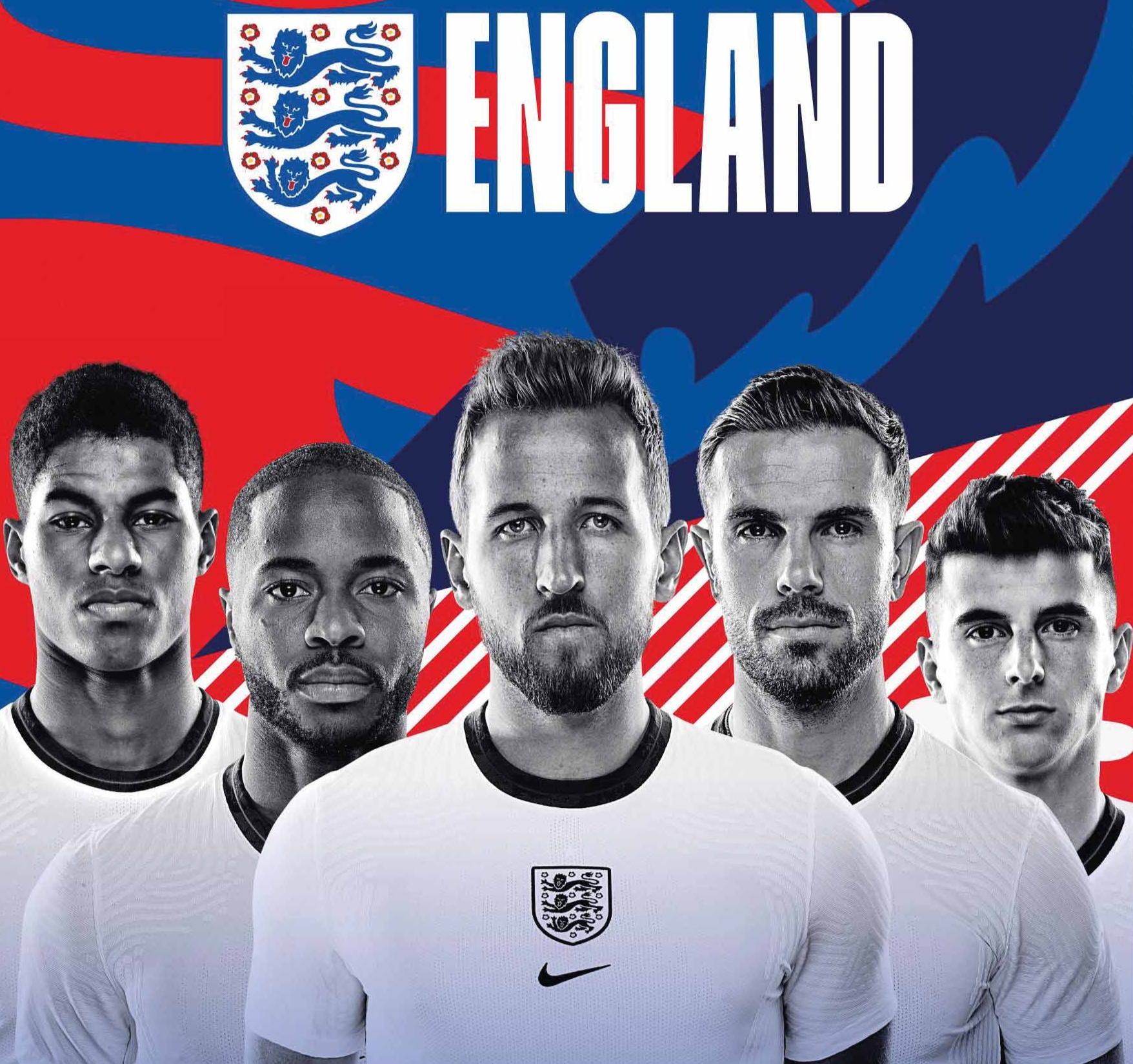 Like the English case, most of the Holland faithful do not believe Frank de Boer has what it takes to lead his team to this famous trophy. Whether it be his tactics or selection, the Dutchman has received much criticism. The Oranges are without their best defender, Liverpool centre back Virgil Van Dijk and Manchester United midfielder Donny van de Beek. They do not look solid in defence compared to other Hollish sides of the past, but they do have some stars that have some things to prove. De Ligt, for example, will be looking to step up in the absence of his usual partner. Also, Owen Wjindal has done well for the team in the past as an attacking fullback and will be looking to give support to the, frankly, starving Frontline. If we’re honest, Memphis Depay is the only one who sparks fear among the dutch forward men. However, with stars in their team, such as Frenkie De Yong, Georginio Wjinaldum and Quincy Promes, we never really know what they have to offer. One thing is for sure; I’m bringing Memphis Depay into my Euro Fantasy team. 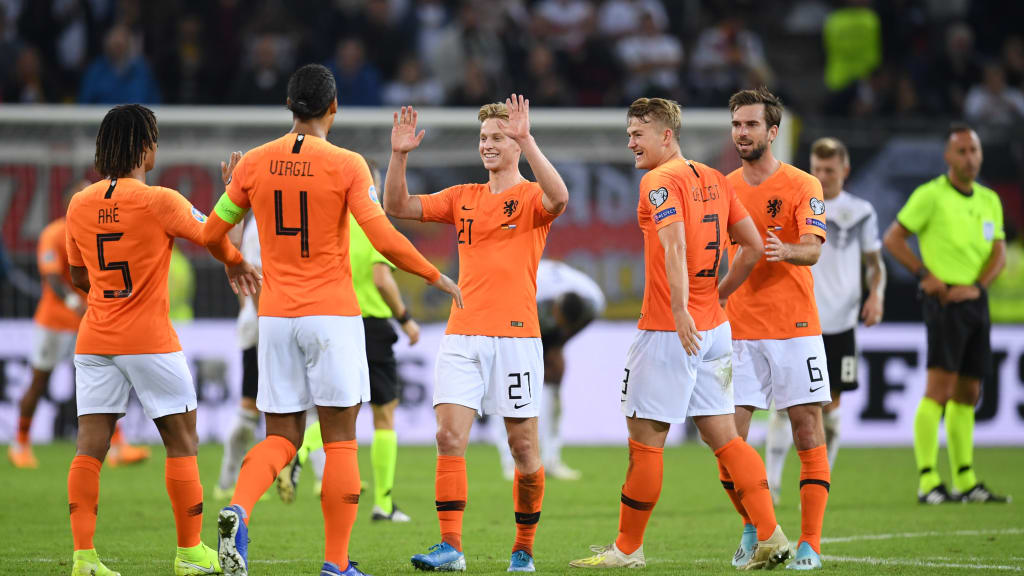 This was hard because I had to choose one despite the upcoming teams with very talented squads. Last Euro’s it was Iceland. Who will be that this time? Without a doubt, the likes of Turkey and Scotland look good, but I have a sneaky feeling about Wales. With established players in almost all positions, I can’t seem to look past them. They got the pace and precision in attack with the likes of Daniel James and Gareth Bale. Players like Harry Wilson, Aron Ramsey, Bale and Conor Moore can offer the odd threat through set-pieces. With VAR used in this competition, I think it would be easy for them to win many set pieces, including penalties which could be crucial in a knockout tournament. 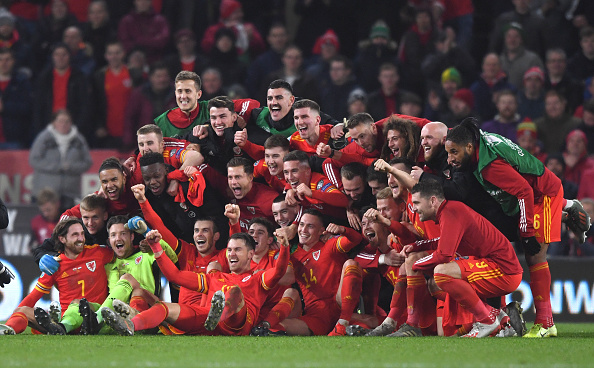 The Euros is so exciting because it has the best the world offers on the show, so it would be really hard to set these individuals apart. So I will be very brief;

All we can hope for is a competitive and enthralling competition starting with the Italians against the Turkish.