The draw for the 2022 World Cup took place today in Doha, Qatar, as the 32-nation group stage was announced. Only 29 of the 32 teams involved have been confirmed, since two intercontinental play-off matches will take place in June, and one of Wales, Scotland, or Ukraine will also seal their spot in the tournament in Europe.

The World Cup will be held in Qatar from November 21 to December 18, with the hosts taking against Ecuador in the first game. 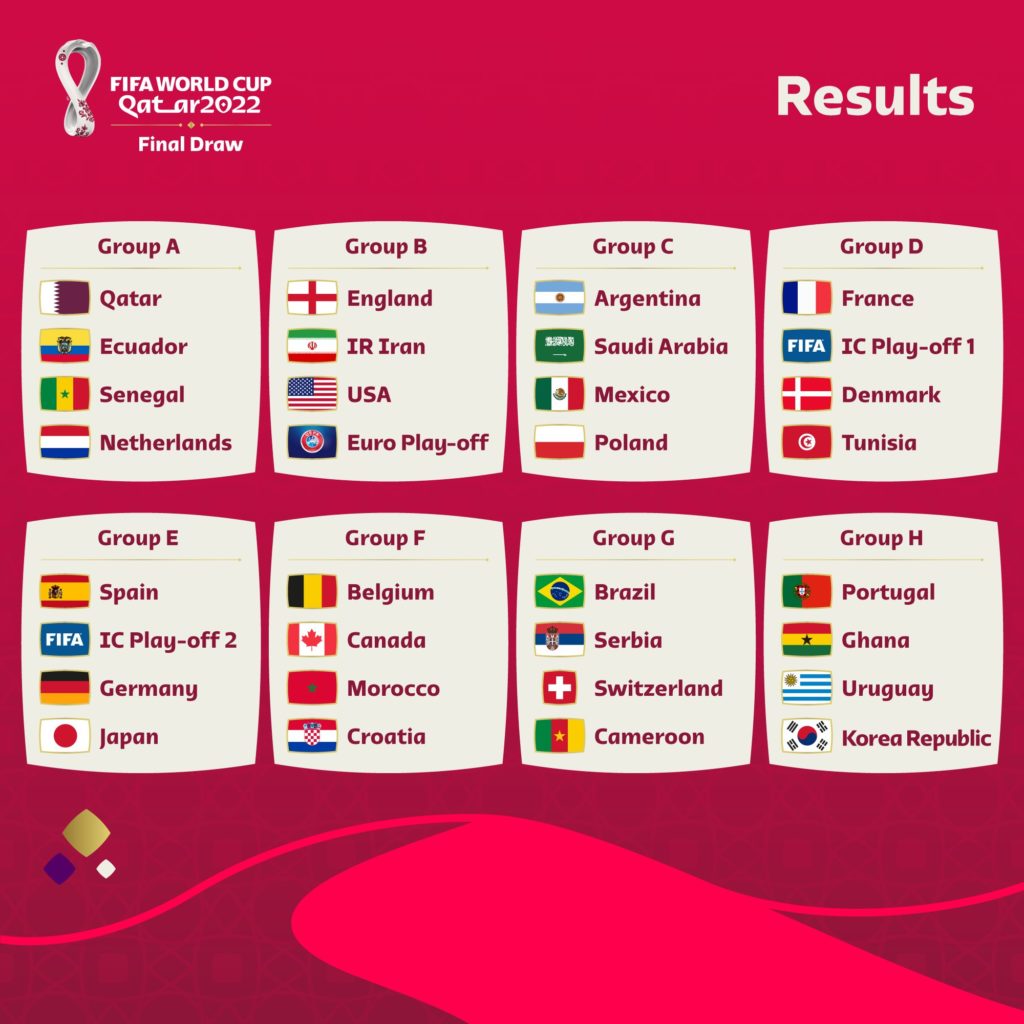 England’s opening match, again on the same day, pits them against Iran.

France, the reigning champions, are in Group D, while Brazil, which reclaimed first place in the Fifa world rankings on March 31, is in Group G.

Wales will need to beat the winners of Scotland and Ukraine in the play-off final in June to qualify for their first World Cup since 1958.

However, the semi-final, which was supposed to take place on March 24 at Hampden, was postponed due to Russia’s invasion of Ukraine.