Heartbreak for Belgium as invincible Italy set up Spain semifinal

Roberto Manicini's Italy continued their unbeaten run as they dumped out World No. 1 Belgium in the quarter-final in Munich. Italy will face Spain in the semi-final at Wembley.

Italy continued their impressive run in Euro 2020 as they knocked out World No. 1 Belgium in the quarter-final in Munich on Friday to set up a semifinal clash against Spain. Goals from Lorenzo Insigne and Nicolo Barella gave Italy 2-0 lead while Romelu Lukaku’s goal from the sport was not enough to take the tie away from the Azurris.

It was heartbreak for Belgium’s golden generation as they failed to progress from the knockout phases of a major tournament once again. After going out in the Euro 2016 quarter-finals, Belgium were ousted in the semi-final at the FIFA World Cup in 2018.

Belgium started without injured captain Eden Hazard, but put up a valiant display with the likes of Kevin de Bruyne, Jeremy Doku and Romelu Lukaku threatening to trouble Italy but the Giorgio Chiellini-led Italian defence was up to the mark on the big night.

Leonardo Bonucci had an early finish ruled out for offside for Italy, but Belgium initially looked the sharper side, despite the absence of the injured Eden Hazard. Kevin De Bruyne and Romelu Lukaku both tested Gianluigi Donnarumma before Nicolò Barella made the breakthrough on 31 minutes, wriggling through two challenges to fire a shot past Thibaut Courtois. 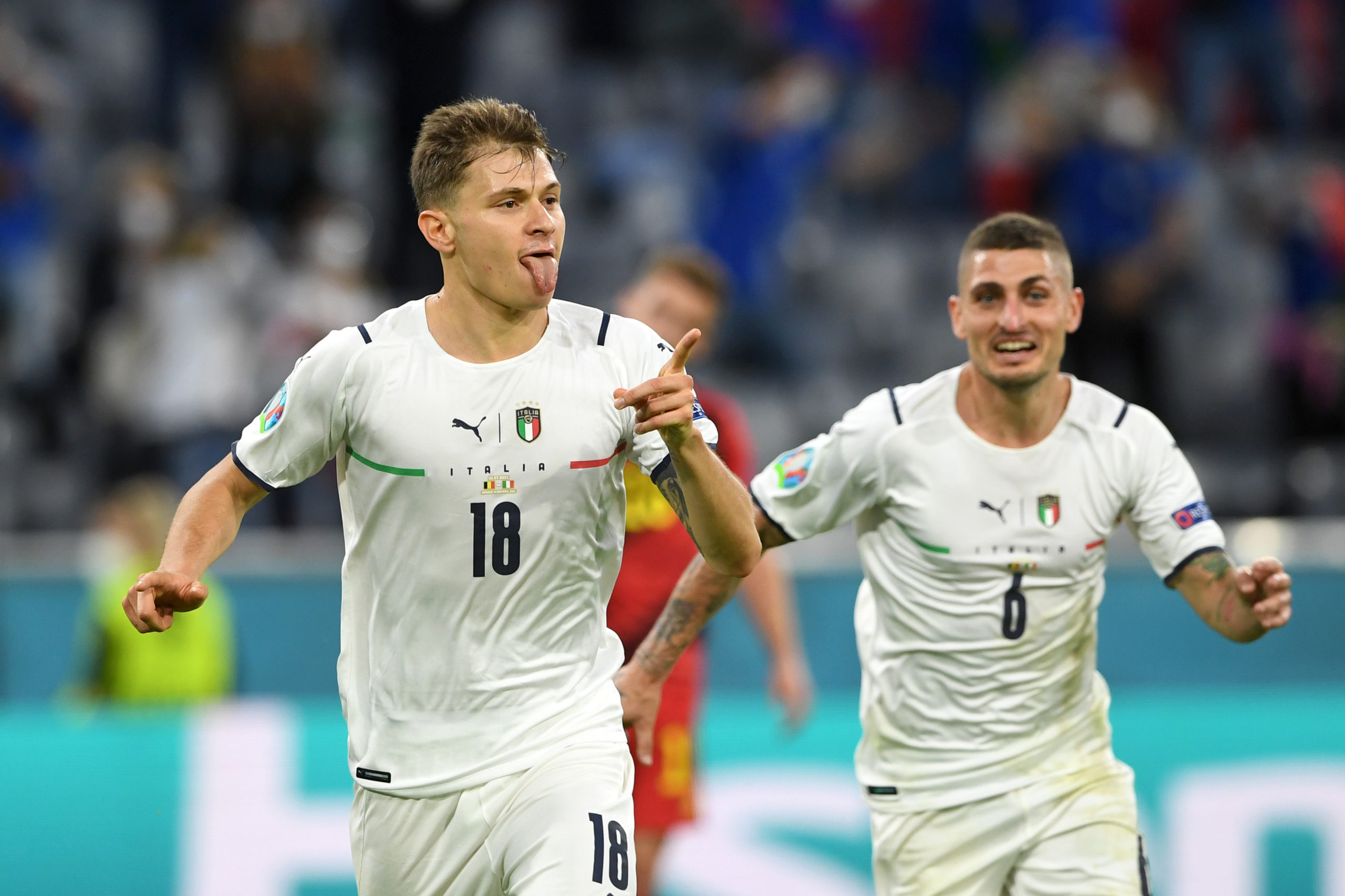 Italy’s movement overwhelmed Belgium at times, and they were set to take a 2-0 lead into the break when Lorenzo Insigne bent a glorious shot past Courtois from the edge of the box. However, Giovanni Di Lorenzo’s foul on Jeremy Doku gave the Red Devils a chance from the penalty spot, and Lukaku took it, sending a firm, low finish, straight down the middle.

That De Bruyne-Lukaku axis carried much of Belgium’s threat, the big striker denied by some heroic defending from the hare-footed Leonardo Spinazzola on the hour. Even so, Italy’s mighty energy levels meant they offered a threat from all over the park, pouring men forward in search of a killer third and buzzing around Belgium every time they threatened.

Chances kept coming in the second half, the best of them for Belgium. Thorgan Hazard could not quite turn a close-range tap-in on target, and Doku had a swashbuckling effort from distance, but the Red Devils were continually put off their final touch as Roberto Mancini’s side harried them. Their final throw of the dice was to send goalkeeper Thibaut Courtois up for a last-gasp corner – to no avail.

With the thrilling victory, Roberto Mancin’s side established themseleves as firm favourites to win this edition of Euro.

Roberto Mancini, Italy coach: “I don’t think we suffered too much at any moment of the game. To beat a team like Belgium, you need a great performance from everybody and that is exactly what happened today.”

Lorenzo Insigne, Italy forward: “I think every single player in the team played an incredible game tonight. I always try that shot, in games and in training. I’m happy it went in. It was a great goal but I repeat, we all won together tonight.”

Kevin De Bruyne, Belgium midfielder: “I think we tried everything to win this match. They scored a fantastic goal, but the first one may have been a mistake on our part. They had more possession and the ball didn’t go in for us, which is a shame. Getting eliminated is always a disappointment.”

Thibaut Courtois, Belgium goalkeeper: “This hits hard, but we knew it was going to be a tough game. We had two opportunities, but their keeper made a good save and I think we gave the first goal away a bit too easily. It really could have gone either way, but Italy deserved to win here.”