Lautaro Martinez scored a hat-trick as Inter Milan defeated rock-bottom Salernitana 5-0 on Friday to take control of Serie A.
The win puts Inter a point ahead of Napoli and AC Milan in a three-way title fight after all three teams had played 27 games.
Inter had been winless in their previous five games, but Friday’s victory provides a boost ahead of their Wednesday return-leg Champions League last-16 showdown with Liverpool, who lead 2-0 from their win in Milan last month.

The Argentine Martinez, slammed the ground in frustration after volleying off the crossbar on 20 minutes.
After beating the off-side trap and putting the opener into the far corner, he was pounding the air in delight two minutes later. 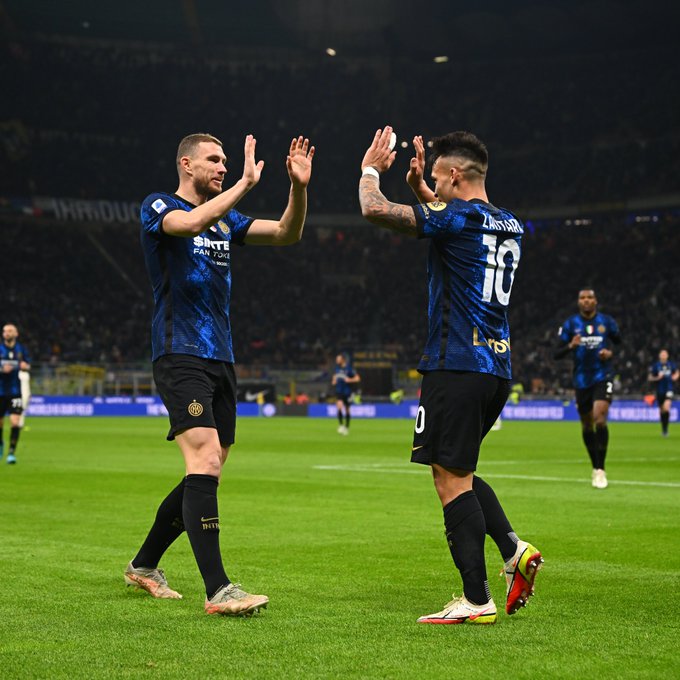 He found the back of the net twice more, with powerful goals shortly before halftime and 10 minutes into the second half.
He did, however, leave the pitch after 90 minutes, cautiously clutching his left thigh.
To round up the scoring, Edin Dzeko added a brace from two poaching opportunities within the six-yard box on 64 and 69 minutes.
Napoli and AC Milan meet in Naples on Sunday night in the latest round of an intriguing championship chase.A sold-out stadium named after their idol, Diego Maradona, will host two clubs tied on 57 points, with Napoli ahead of Milan on goal difference.