From getting compared to Kylian Mbappe to being bullied out of a weak Manchester United side by Anthony Elanga, it’s been quite a fall. But can we put this all down to the man himself? I’d say it’s a mix of coaching ineptitude and a lack of personal ability but the decline is truly sad.

The main reason I’d say is the absolute neglect of Manchester United. To make it worse this is one of their own. Marcus Rashford has never been the best decision-maker or the most technical player on the field. But one thing he always offered was a pacy outlet on the counter with the occasional skill. So tell me why you would play him through back and shoulder injuries when those are some of the most important parts of the body for a mobility player. It’s really sad to hear the stories of former coach Ole Gunnar Solksjaer playing Rashford in all competitions because he was the only one in form despite carrying multiple injuries. 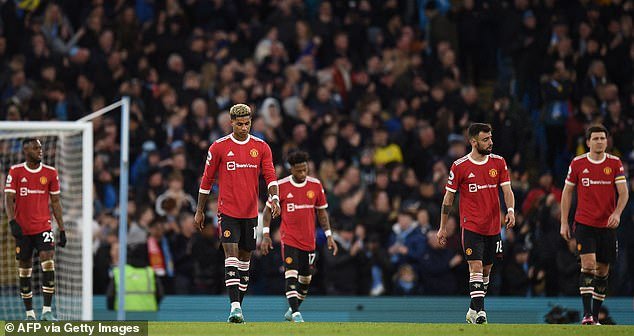 It’s not a surprise that he all but broke his back after carrying Manchester United through their roughest patches of form. It was so infuriating that it took him losing the ability to walk during an FA cup tie against Wolves for the Norwegian boss to exclude him from the squad. And let’s not even get started on the mental effects of such treatment. It isn’t a surprise that this poor spell has been preceded by delayed shoulder surgery.

I can’t believe a player who relies on his pace for any creative output has to move at speeds of 30km/h with a bad back and shoulder. But as much as this has played a great part in his fall from grace we can’t ignore his shortcomings which were evident before his injuries came to light. His decision-making has always been a big weakness in his game. At times he would have a bad touch but would be fast enough to catch up with it so it would go under the radar. His analysis when bearing down on goal is also lacking. You would never trust Marcus Rashford with a one on one. But just like any other player, he had weaknesses which he made up for with his strengths. But by eliminating his mobility, his weaknesses shine so much and paint the wrong picture.

Being the biggest (yes the biggest!) Rashford fan in the whole world, I just can’t bring myself to conclude that he is finished. We also have to recognize that he hasn’t had the best luck as far as managers come and the next season has hope for a new era hopefully with an abundance of attacking football. Plus mobility is not impossible to get back and the pace doesn’t age, Vardy proved that to us. So he is not yet finished however bleak it may look. Maybe his counterpart Sancho can teach him decision making and he can also benefit from a summer break and proper recovery. We’ll conclude on his future in a year when he is in a well-oiled team with a coach that knows what he is doing.

Notice how I didn’t say that his extra-football activities such as his efforts to help feed less fortunate kids had a part to play in his form? If you think so then you are very weird because even if it did affect his ability then it does not matter. Never forget that football is the most important of the least important things. Be better.