Sergio Ramos has been left out along with his compatriots in Real Madrid as Luis Enrique announced his 24 man squad for Euro 2020.

The influential talisman is believed to be left out because of an injury ridden last half of the Spanish LaLiga season.

The former Barcelona coach may induct two Real Madrid players later on as the teams have provision to include 26 players considering the strenuous club season in the wake of Covid-19 pandemic.

This is the first time in history that Spain is going to a major tournament with no representation from real Madrid. 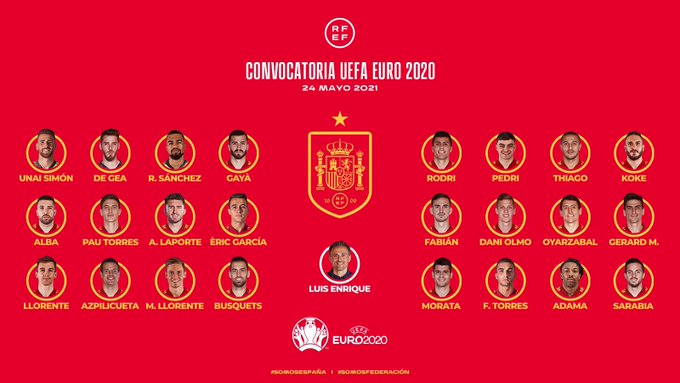