Messi, Messi, Messi… What a man… He always conquers the hearts of everyone. What a player. Argentina marched to the finals of the Fifa world cup 2022 in an incredible fashion. What an astonishing moment for the Argentina. After losing their opening game to Saudi Arabia, they have shown a tremendous display and now they are near the trophy. Only one game away from the world cup.

Following the suspension of Montiel and Acuna, Tagliafico played in on the left side of the back four and Parades replaced Lisandro Martinez in order to combat Croatia’s masterful midfield. Argentina played in a 4-4-2 formation whereas Croatia played 4-3-3. One important of this match was Argentina’s captain Lionel Messi made his 25th world cup appearance equalling Germany’s Lothar Matthaus as the joint most capped player in the competition’s history. 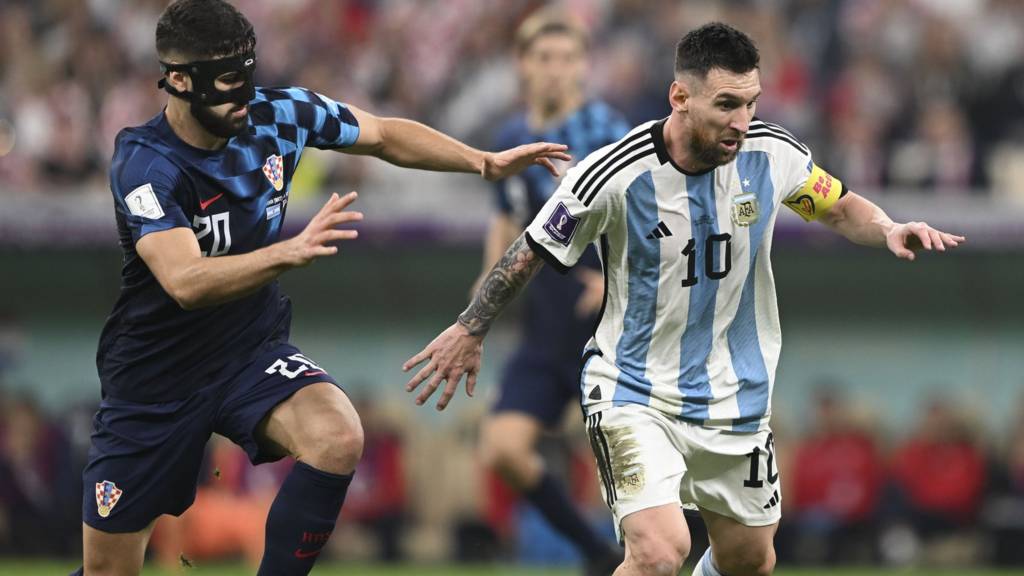 The match started and Croatia had ball possession in the initial minutes, and they were playing very confidently. In the 32nd minute, Argentina was awarded a penalty. It was an error from Croatian Goalkeeper Livakovic. He clattered Alvarez in the area, as the striker strode onto a through-ball. Messi took the penalty kick and he swept his penalty into the top-right corner. That’s a beautiful goal. It’s a 1-0 lead for Argentina.

In the 39th minute, Alvarez Scored. Argentina are 2-0 ahead, through the sheer persistence of Alvarez! Released by Messi on the halfway line, the young striker charged through the centre, leaving a trail of defenders in his wake, then benefited from a couple of fortunate deflections before poking the ball home from close range! What a goal from this young talent. The game progressed. 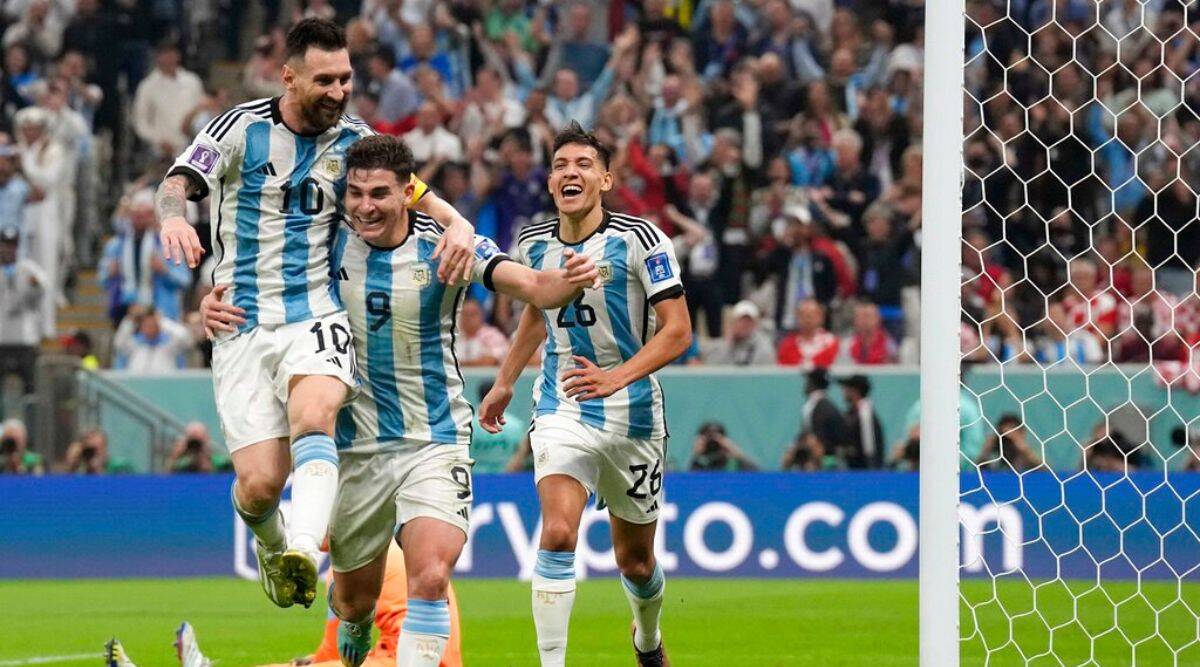 Croatia made 3 changes as Orsic, Vlasic, and Petkovic came in for Sosa, Pasalic and Brozovic respectively. Argentina also made changes as Lisandro Martinez came in for Paredes. In the 69th minute, Alvarez Scored Again. Messi dazzled Gvardiol on the right, hanging determinedly onto the ball before weaving his way to the byline. The fleet-footed maestro defeated his man again for good measure, before slotting the ball into the path of Alvarez, who merely slotted home from close range! It’s 3-0. That’s a fantabulous assist from Messi and a clinical finish from Alvarez. Croatia again made some changes as Livaja came in for Kramaric and Majer came in for Luka Modric. Argentina also made changes as Palacios, Dybala, Correa, and Foyth came in for De paul, Alvarez, Mac Allister, and Molina respectively. Croatia couldn’t score even a single goal. The albiceleste marched to the finals.

Argentina reached the World Cup final for the sixth time, doing so in two of the last three editions of the competition (also in 2014) – only Germany (8) has reached more finals in the competition than Argentina (6 – level with Italy and Brazil).

Series Of Flabbergast Continues In Qatar; Can Portugal And England Make It To The…