African football never fails to disappoint when it comes to funny escapades and passionate displays. From players having their birth certificates dated days after their mother’s death date to the most outlandish tackles on the pitch, the game is consumed in its full vigour in the continent. The latest instalment of World Cup Qualifiers involving African nations had its fair share of controversies and bizarre moments but was nothing short of exciting either way. With four available spots for the African playoffs for the World cup, this round of international fixtures was a do or die for many continental football powers. Neck to neck fights in Group A, B, C, D ensured that the campaign would excite the fanbase.

Group A: Both Algeria and Burkina Faso were level on points heading into this round of fixtures. Algeria stormed into a two-point lead after thrashing Djibouti 4-0 as familiar faces Said Benrahma and Sofiane Feghouli bagged first-half goals. With Burkina Faso only getting a home draw against Niger, it became imperative that they take all three points in their next game. This set up for a stunning encounter when Algeria invited Burkina Faso for a decider in Bilda. Riyad Mahrez opened the scoring in the 21st minute before it was quickly cancelled out 16 minutes later by a fantastic volley by Zakaria Sanogo. Algeria regained their lead when Feghouli scored his second goal of this round, and Algeria looked like winning it until Dayo scored a penalty to set up a nervy finish to the game. The North African giants managed to hold on and secure their place in the playoffs finishing two points clear of their West African counterparts. Elsewhere in Group A, Djibouti was again mauled by Niger 7-2, which will raise many flags for the East African side. It, however, provided a stage for Niger to showcase its attacking prowess, with Zakari Adje scoring a hattrick and Ibrahim Issa adding a late brace concluding Niger’s qualifier journey in style. 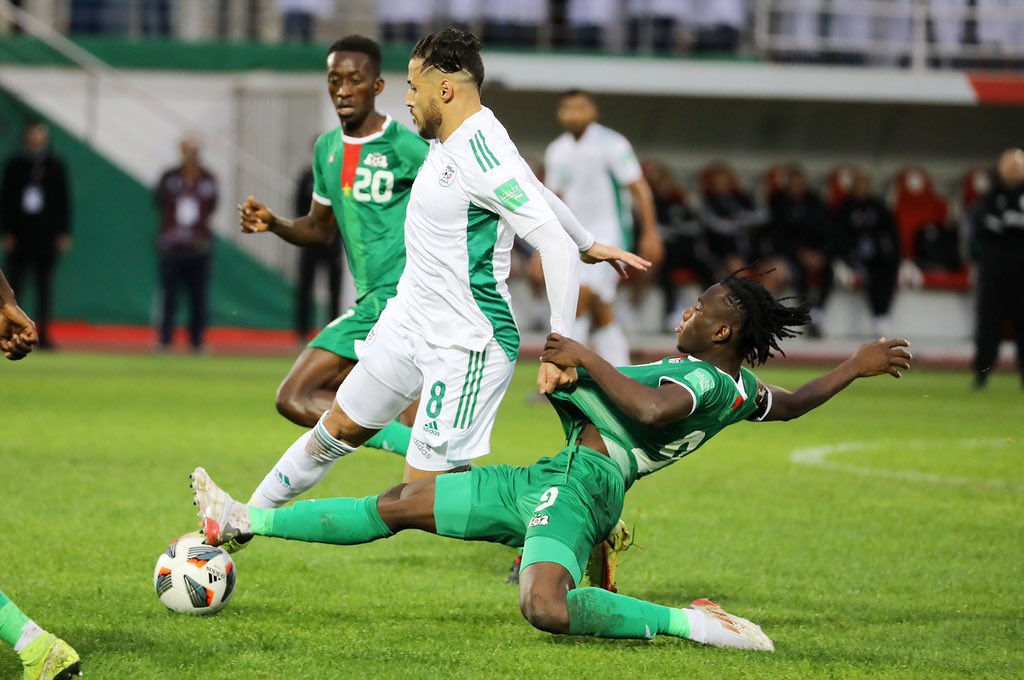 Group B: Like Group A, this one looked like a two-horse race going into the final fixtures before playoffs, with Tunisia having a healthy three point lead over Equatorial Guinea. This slim lead was quickly erased when Pablo Ganet scored a late winner at home against Tunisia to send Equatorial Guinea level on points before the last round of fixtures. Equatorial Guinea could not build on this significant result as they were held to a 1-1 draw in Mauritania who sat at the bottom. In contrast, Tunisia stormed into a 3-0 first-half lead against Zambia and saw it through to qualify for the playoffs. Zambia, after a great opening 4-0 win, was able to clinch a third-place spot.

Group C: Coming into this round of fixtures, Nigeria held a two-point lead over their rivals Cape Verde, and they looked to be going neck to neck to the final minute. In the first round of games, Cape Verde took on the Central African Republic, and after an 11th-minute scare from CAR’s Isaac Ngoma, they recovered in the second half to clinch a crucial 3 points. The story was much different in Liberia as Nigeria secured a comfortable three points after two penalties from Victor Osimhen and Ahmed Musa. This set up an enthralling final where Nigeria only needed a point to qualify. But if we’re honest, it was pretty disappointing since both goals came within the first 10 minutes, with Osimhen in the first and Stopira in the sixth. It was, however, enough to send the African giants to the playoffs. 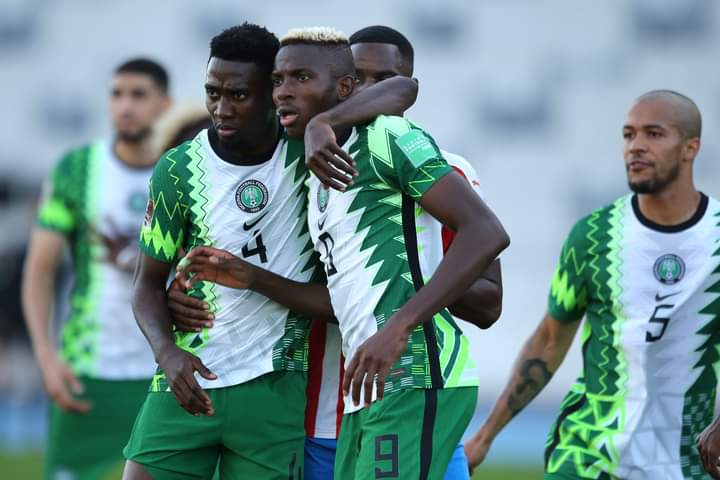 Group D: Cote d’Ivoire, familiar world cup participants, led this group by a mere point coming into this round. But any competent football fan would tell you that such a lead is not secure enough to count on, and the results of these fixtures confirmed that. Cameroon and Cote d’Ivoire won their first games quite comfortably, managing impressive 4-0 and 3-0 wins, respectively. This showcased their strengths on both sides of the pitch and ensured a competitive final fixture. The game was tight, with chances few and far between. However, when Karl Toko Ekambi was given an inch of space in the 21st minute, he gave the home fans something to cheer about and his team something to hold on to. Though not threatened heavily by their visitors, Cameroon held on and had their recently returned goalkeeper Andre Onana to thank after a few fantastic saves.

So, now that the dust has settled, these are the ten teams that will be competing for five spots in the 2022 Qatar World come January; 1. Mali 2. Egypt 3. Ghana 4. Senegal 5. Morocco 6. Congo 7. Nigeria 8. Algeria 9. Tunisia 10. Cameroon. We are so excited to be sending the best of our continent to compete at the highest stage and cannot wait for the World Cup. We’ll be sure to keep our antics to a minimum 🙂