Thomas Müller, the unconventional German footballer, continues to outthink his opponents and outplay the odds.

Speaking to the media after his Bayern Munich side demolished FC Barcelona 8-2, Thomas Müller cracked a joke that would have induced cringes in the most prolific of dad-joke makers. Referring to his Polish teammate Robert Lewandowski, Müller said: “We at Bayern have Robert LewanGOALski,” and received confused silence in return. And to pile on it, he repeated the pun, only to be greeted by a muted response.

Müller’s career as a footballer can be seen as an extension of this one failed media interactionㅡhis capabilities on the football ground have been as misunderstood and under-appreciated as his ‘Lewangoalski’ joke. This failed attempt at humour is another indicator of how distinct he is from other modern-day footballers, who toe the line of media decorum, almost sounding like robots.

Nothing about Thomas Müller screams world-class footballer. He is lanky and runs like Bambi on ice. His dribbling is often painful to watch and his shooting at times looks as miscued as his jokes. Despite all of these, Müller is arguably one of the most successful players of this generation. He has the most goals in the men’s football World Cup among active players. He is the greatest ever assist-provider in the history of the German League. He was a vital cog in the 2014 World Cup-winning German squad and has also won two Champions League titles with his boyhood club Bayern Munich. The only explanation for this, given by both him and experts, is the one tool Müller is probably best equipped with in the world – his brain. 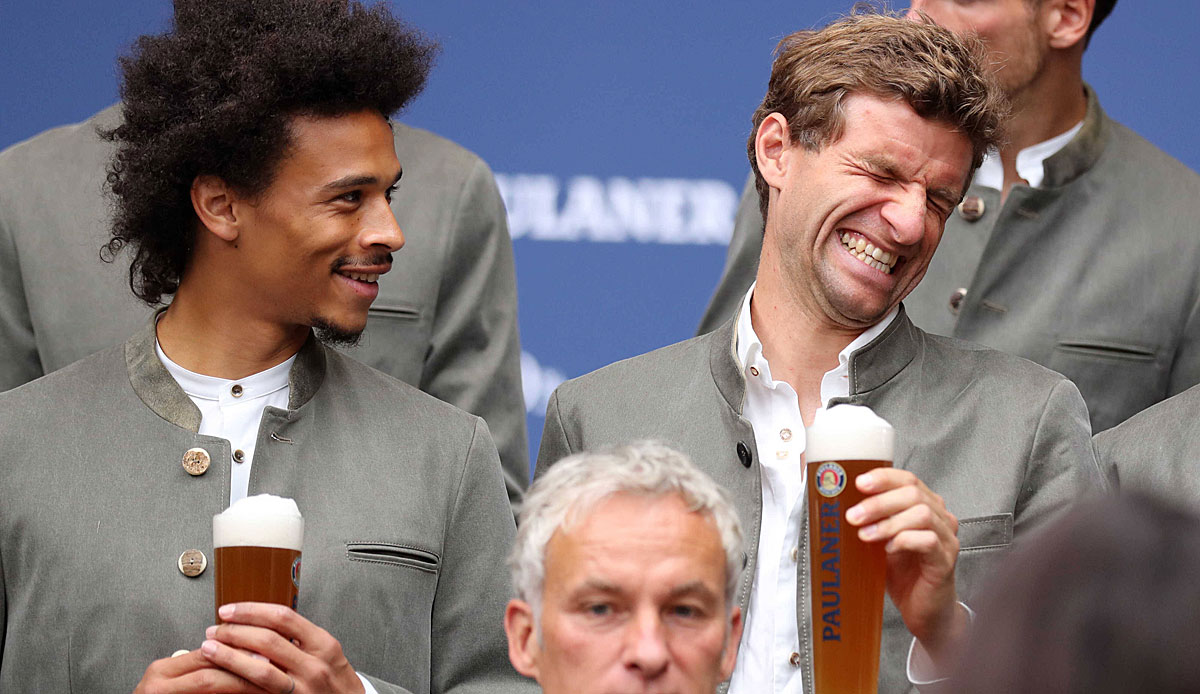 In football, players are often pigeon-holed into positions – forwards, midfielders, defenders, except if you are Thomas Müller. This nomenclature confusion ultimately required the intervention of Müller himself, who in an interview labelled himself Raumdeuter, which roughly means ‘space interpreter’. In the nicest of ways, he is an in-betweener, a player who is not exactly a forward but isn’t a midfielder. But what he does brilliantly, and probably better than anyone in the world, is to exploit even the tiniest of spaces left behind by the opposition defense to create goals.

Müller joined the youth academy of Bayern Munich in 2000. Working his way steadily up through the system, his star would rise dramatically by the end of the decade. He made his senior debut in 2008 and established himself as a central figure of a star-studded Munich side, courtesy of the endless backing he received from the Dutch manager Louis van Gaal. “When we talk about my biggest influence, I have to say, Van Gaal,” Muller told Goal in 2016. His rise would reach its crescendo in 2010 when he secured the Golden Boot in the 2010 football World Cup after his scintillating performance as part of a young, vibrant German side. And then came the mighty triumph of 2014.

Right from his stint in the Bavarian youth teams, Müller stood out for his strong leadership on the pitch (off the pitch, Müller is a madcap, engaging in mimicry, antics and pranks). His ability to direct the game’s flow became public after football games began to be held behind closed doors due to the pandemic. No other player’s voice rings out on a football pitch as much as Müller’s, to the point that ex-Bayern assistant coach Hermann Gerland, who scouted Müller, named him ‘Radio Müller’. His elite winning mentality, which is probably what drives his constant chatter, has helped him and his teams be on the winning side more often than not. With 30 trophies to his credit, he is already the most decorated German football player of all time.

Thomas Müller has practically won everything he could have won as a football player. His loyalty to his club is an added layer of polish to his ever-bulging trophy cabinet. Nevertheless, he was forced to prove people wrong throughout his career, who judged him for what he was not. Multiple managers, including some of the best, like Pep Guardiola, Carlo Ancelotti and Jupp Heynckes, failed to utilise him appropriately initially, only to realise that he is the glue by which the rest of the team should be bound. “Müller is the most extraordinary player in German football history, along with the great Gerd Müller,” Heynckes told DFL Magazine in 2020.

Today, finally, Müller is acknowledged as a player whose name should be said in the same breath as the best of our generation. His greatness, unlike others, lies in his ordinariness.

Ronaldo, Sancho on target as Manchester United cruise into Last 16