An injury-time goal by Miguel Crespo gave 10-man Fenerbahçe a much needed 2-1 victory in a nail biter Istanbul derby against Galatasaray on Sunday.

In Istanbul, the eventful intercontinental derby at Nef stadium saw the hosts Galatasaray take the lead in the 16th minute through a close-range finish by Muhammed Kerem Akturkoglu before captain Mesut Özil levelled the score with a classy strike in the 30th minute.

The visitors were reduced to 10 men when defender Marcel Tisserand was shown a red card for a nasty challenge on Akturkoglu in the 82nd minute just before Galatasaray almost won the match with a Mbaye Diagne header.

The Senegal forward’s header from a freekick created wild celebrations from the players, coaching staff and the fans, but the goal was cancelled after a lengthy VAR check confirmed a foul on Fener’s Mergim Berisha that led to the goal. 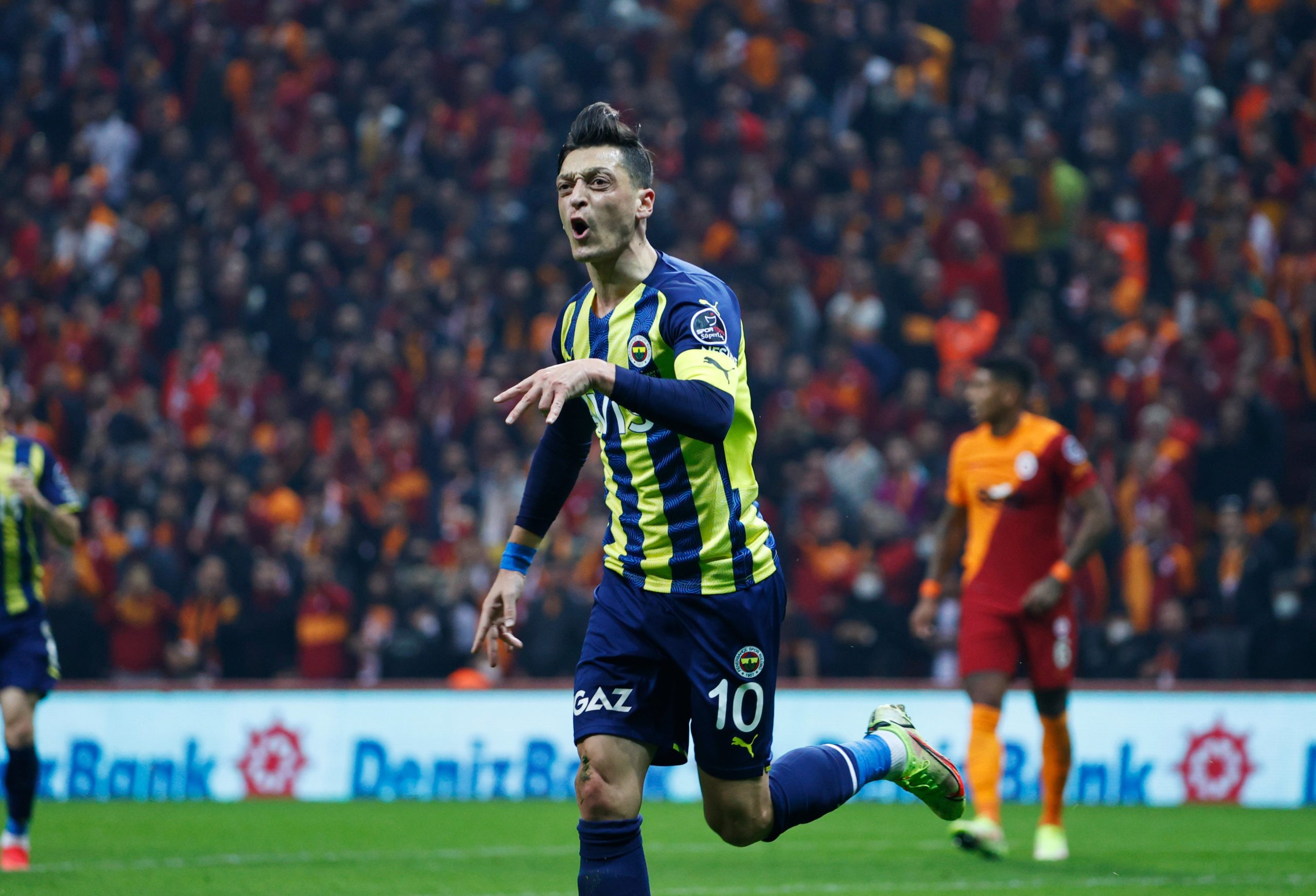 In the 94th minute, substitute Miguel Crespo received a clever pass from Diego Rossi and showed great composure to send the ball to the top corner and seal a morale-boosting victory for Vítor Pereira’s side.

The tense game with several bookings on both sides saw Galatasaray manager Fatih Terim receive a red card after arguing with the referee in the stoppage time.

The much-awaited fixture in the Turkish Super Ligue hit by the pandemic brought back glimpses of earlier derbies where passion and vigour went to the zenith.

The game was a must-win for both the Turkish giants as they struggled in the top flight dominated by newly emerged teams.

The victory takes Fenerbahçe to fifth in the table with 23 points, three points adrift of the second-placed Hatayspor, while Galatasaray sit in eighth place with 21 points.

Galatasaray will host French team Marseille in the Europa League contest in the next match on Thursday, while Fenerbahçe will travel to Olympiacos in Grece on the same date.