The Greatest to Not Win It

“Football is not about turning up and playing. It is about dealing with everything that comes with it”- Steven Gerrard

Hated, Adored, and Never Ignored. Steven George Gerrard has lived every football lover’s dream life. The local boy, who etched his name in the folklore of his hometown with some of the most audacious individual performances and led his team to several glorious nights. ‘Be a Pro’ in FIFA and ‘Become a Legend’ in PES has nothing on him. Gerrard, a Liverpool legend, the embodiment of the club’s passion, and easily the best and most complete midfielder the Premier League has ever seen, had made me a fan, despite the age-old rivalry between Manchester United and Liverpool and beyond every difference.

Manchester United and Liverpool have dominated English football at various stages in the past 70 years and their rivalry has only increased over the years. Steven Gerrard witnessed Manchester United climb the heights of success under Sir Alex Ferguson and the only thing that kept him moving was the passion that drove him to reach unfathomable heights for a side that was not much anticipated to achieve anything. The driving long rangers and set pieces and the dominating presence in the midfield harnessing the tempo and momentum of football, Steven Gerrard was more than the idea of ‘the beautiful game’.

My liking for players like Michael Ballack and Steven Gerrard are contradictory to the club I support. While Ballack had made me a fan of Germany, Gerrard made me love football. Cristiano Ronaldo’s free-kick versus Portsmouth was my earliest memory of Manchester United and the FA Cup final of 2006 was my first memory of Steven Gerrard. That driving shot at goal which secured Liverpool their win against West Ham still gives me the chills. My hatred for Liverpool has never affected my admiration for Gerrard a bit. He was a leader who always lead by example and was adored both by his club and its millions of fans across the globe. 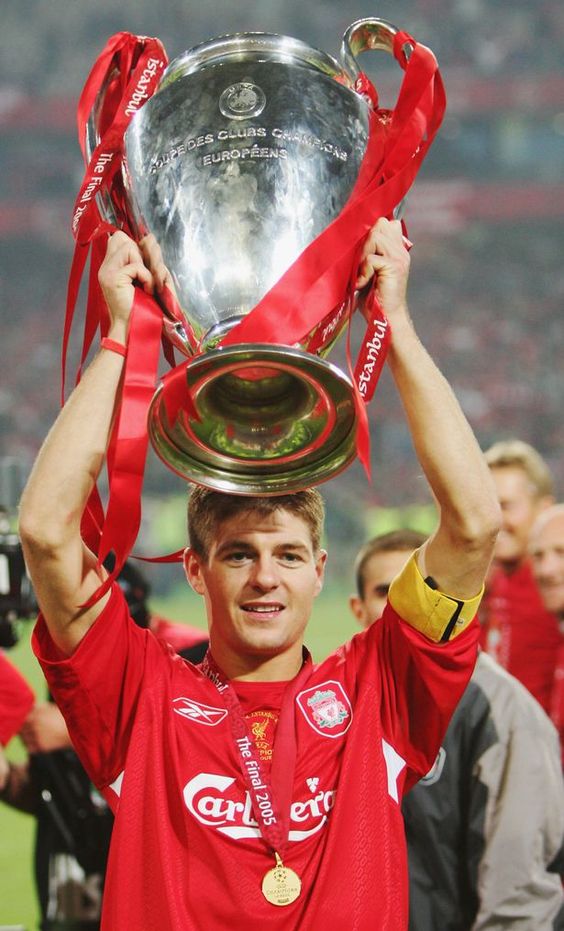 Being a fan of Manchester United, I was always asked the question – Who is better: Gerrard or Scholes? I would suggest that the debate between Scholes and Gerrard can be drawn parallel to the Messi-Ronaldo debate. Scholes is a player who dictates the play. He controls the tempo and every single pass goes through him. Gerrard is an aggressive box-to-box midfielder who turns up at the vital moment and his presence guarantees an emotional pull so strong that it carried the whole team towards the end line. If I am to quote Gerrard, “Football is not about turning up and playing. It is about dealing with everything that comes with it”. In my opinion, Scholes did not have to go through the intense pressure that Gerrard went through at Liverpool and that is one of the many reasons that I rate Gerrard over Scholes. 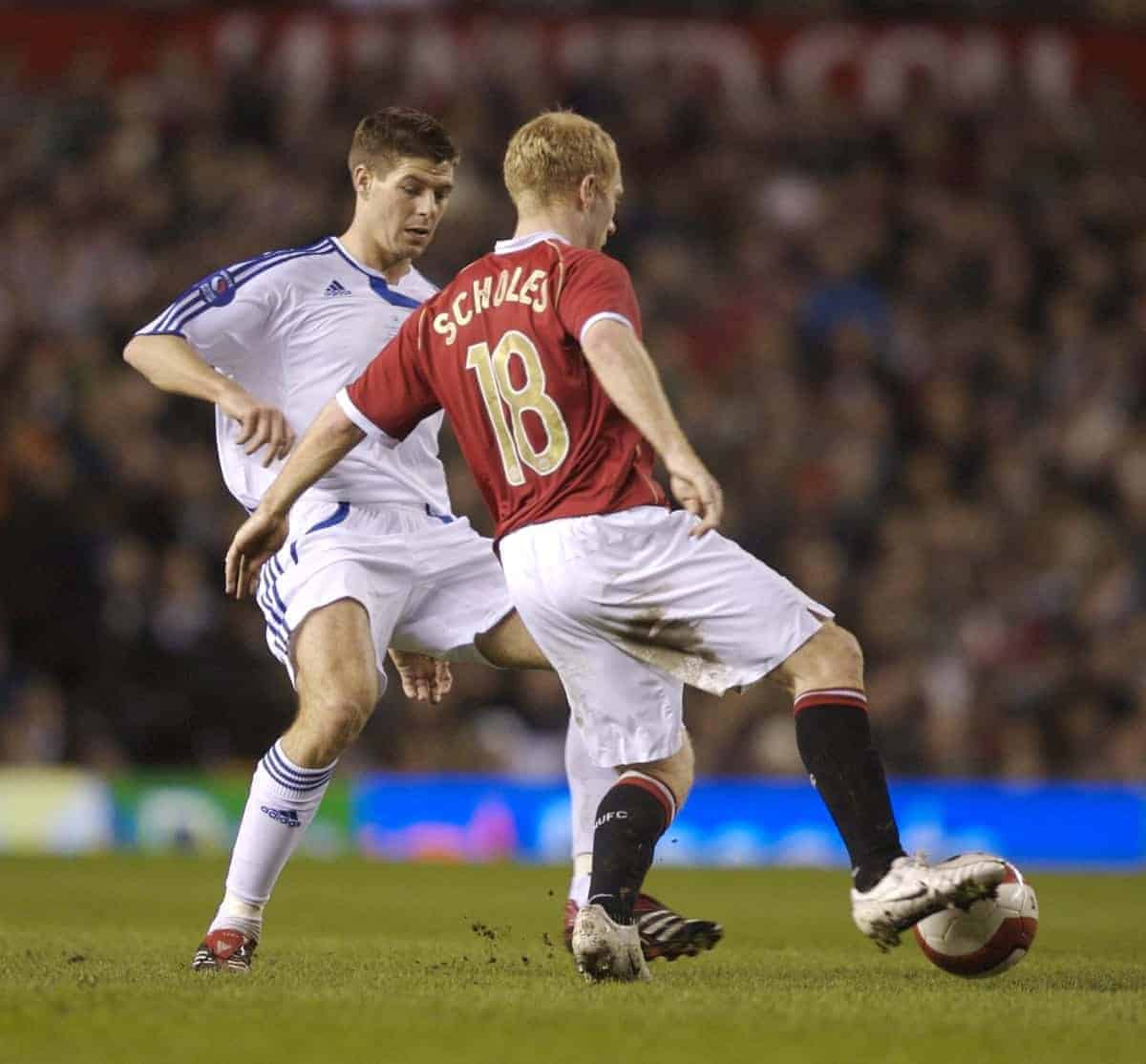 Gerrard was the best thing that happened to Liverpool. If it weren’t for this player and his 17 committed years, Liverpool wouldn’t be where they are right now. He never owed anything to the club. Playing for Liverpool is surely the greatest thing that can happen to a Liverpool kid and he would have had greater moments and would have soared even higher, had he gone to Chelsea, Inter, or Real Madrid when he was called upon by Jose Mourinho at three different occasions. ‘His Blood Spoke’ and he rejected every offer. The amount of disrespect he received, owing to the transfer rumours, from the fans were far from being forgiven, for all the things that he had done for the club. Players like him come around once in every forty or fifty years and Gerrard had established himself as one of football’s greatest. But the tribute that fans paid to him took the form of death threats and showers of abuse. Despite that, Gerrard staying at Liverpool was testimony to the term ‘loyalty’.

A gifted player with a great work ethic, talent, and attitude, Gerrard won the PFA Young Player of the Year award in 2001, followed by PFA Player of the Year 2006 and an MBE in 2007. Gerrard was everywhere on the turf if you observed a Liverpool side captained by him. This was visible in the Champions League final of 2005. ‘The Miracle of Istanbul’ as the fans call it, had Gerrard play as a midfielder, a second striker, a right-winger, and towards the end of the match he was seen playing at the full-back position. I couldn’t wrap my head around how complete his performance was in that match and how the Liverpool side managed to pull off such an unlikely comeback. Months before that fateful night in Istanbul, Liverpool was considered to have no chance of winning the league, had no realistic shot at the Champions League, and was even called the worst Liverpool team in a generation. Gerrard anchored such a mediocre side to a Champions League usurping star-studded teams like the AC Milan side to the pinnacle of European Football. Skippers tend to influence and inspire, but no other captain has worn the shirt with such pride and universal admiration as Steven Gerrard has.

My admiration and liking for Gerrard cannot surpass the love that I have for Manchester United. Gerrard was a living, breathing nightmare for me when he played against Manchester United, especially at Old Trafford. His set-piece finesse and the passion that he displayed in the derby was unmatched by any other Liverpool player at the Theatre of Dreams. The emotion called dilemma reached its crescendo within me when Gerrard pulled his wizardly strings at Old Trafford.

In 2014, Liverpool was closer to that elusive Premier League title than ever and Gerrard was caught on camera saying “This does not slip now”. However, on April 27th, 2014, those words would come back to haunt him as the Liverpool captain slipped while receiving a pass which resulted in Demba Ba going through on goal and scoring for Mourinho’s Chelsea and ultimately costing Liverpool that elusive Premier League title. Out of all people it had to be Gerrard who had to slip and the talisman of the Liverpool team had to take the blame for losing the title that was almost on its way back to Anfield. It was probably a funny moment for any non-Liverpool fan, but as a Manchester United fan, I especially enjoyed the sight of the Premier League trophy eluding the grasps of the Reds yet again. The whole season of hard work and perseverance and injury-ridden days was rendered meaningless for the Liverpool captain with a slip that was not his fault. He still regrets playing against Chelsea with an injury and he believes that they would have had the chance at the Premier League trophy had he not played that game. These events show how much football hurts and how even the slightest actions can prove their importance in the game. “It is like a drug and you want more of it”, narrates Gerrard when he talks about the incident in the 2018 documentary, Make Us Dream by Sam Blair. 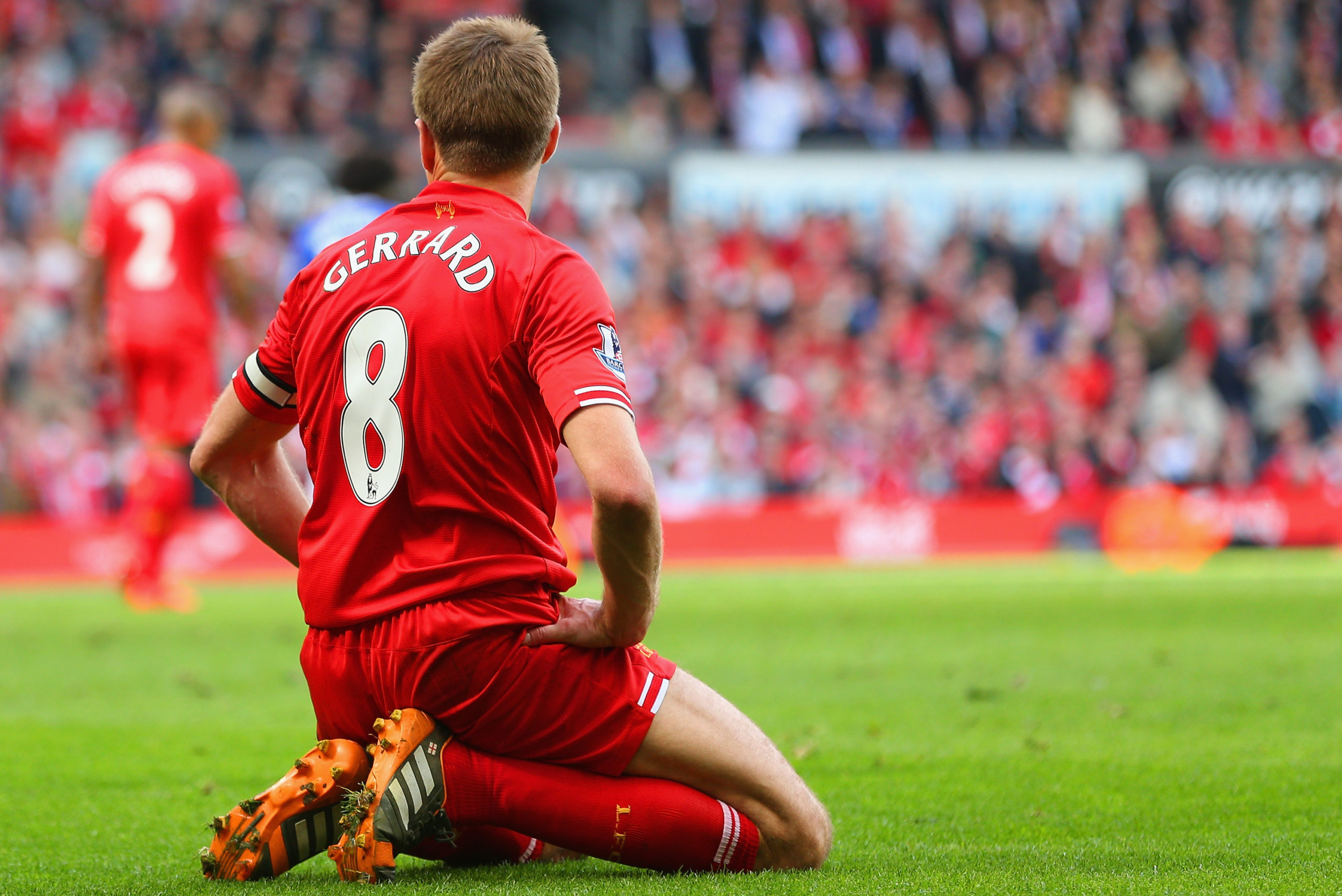 Gerrard has led both England and Liverpool and was an inevitable force in the dynamics of both teams. The Premier League trophy was the only one that eluded him throughout a glittering career. Gerrard was that Scouse neighbourhood boy who achieved legendary status at Anfield and established himself as a massive inspiration for every individual in the city to dream big. He was appointed the manager of Rangers Football Club in 2018 and now he is leading them to a historical league title and it seems that even another ‘slip’ from his side wouldn’t cost them the trophy because the Rangers are 20 points clear of the second-place Celtic FC in the Scottish Premiership.

Gerrard is the favourite to succeed Jurgen Klopp at Liverpool as he has all the makings of a future Liverpool manager according to several football pundits. Steven Gerrard is unquestionably the greatest player in Premier League to have not won the League and is undoubtedly a criminally underrated legend in English and world football.

For many years, he was the face of Liverpool and probably hated Manchester United more than any United player or fan hated him. Hating Liverpool is a part of being a fan of the Red Devils, but Gerrard through all his years at that club showed class, loyalty, and tolerance. I respect him for the player he was and the pressure he had to endure as the captain of a club going through such intense strife. Delusional is a word that gets associated with every Manchester United fan these days – “living in the past”, “reminiscing about the glory of former players and one manager” has been the usual remarks thrown against us, often by fans of the Reds. No matter how badly my feelings for Liverpool worsens, Steven Gerrard will always have a special place in my heart beyond every ‘delusion’ and will forever be my favourite midfielder to don the number 8, never failing to make my heart skip a beat with those 35-yard piledrivers and winners against United.

This article is fourth in the series ‘Love Them, Hate Them, Can’t Ignore Them- What I admire most about my rivals’ by our readers. To get your perspective published, write to us at footytimes.com@gmail.com.