The Grass Is Greener Where You Water

It is time that we gift our kids with both Barbies and balls and let them choose for themselves.

At 18, I was introduced to football (Yes, the same age Messi signed his first contract as a senior team player). My short-lived experience in football was not of great achievements or awards, but a one that made me fall in love with the game and left me wanting to spread this love among many other young women like me.

My first two years of football was during my undergraduate days. We were all amateurs and all that mattered to us was to enjoy playing the game. The university was dedicated to languages and hence populated a close-knit student community. We had equal representation in tournament organizing committees and everyone spoke for their game, women and men alike. Even in that space, getting more women to register for the tournaments was hard. Most women judged it to be not their cup of tea even before trying. Yet we managed to form four teams while men had eight. This was bad, but not the worst.

The following two years of football was on a different campus. Though the general impression I had was that the quality of football was better there, I was in for a surprise when it came to women’s football. While the men’s team had forty-plus teams registering for the bi-annual football tournament, the women’s tournament barely managed to register five or six. There were several amateur clubs with their own legacy, history, and pride. And some of them had a women’s team. Not all were successful in maintaining the team every year. As part of a team that has successfully been able to sign players and appear for every tournament since the women’s team was formed a couple of years back, I was able to get closer to this problem of getting girls to join football.

For us, the recruiting criteria was mere interest to learn football. While the men had to scout and recruit players before other teams swooped them up, we had to start from scratch- by training and teaching players right from the basics. We had to begin from the roots and build a team every year. Half the team graduated and left every year leaving behind newbies. And out of all the new players in all the women’s teams, we would be lucky to find one or two who have ever played football before. 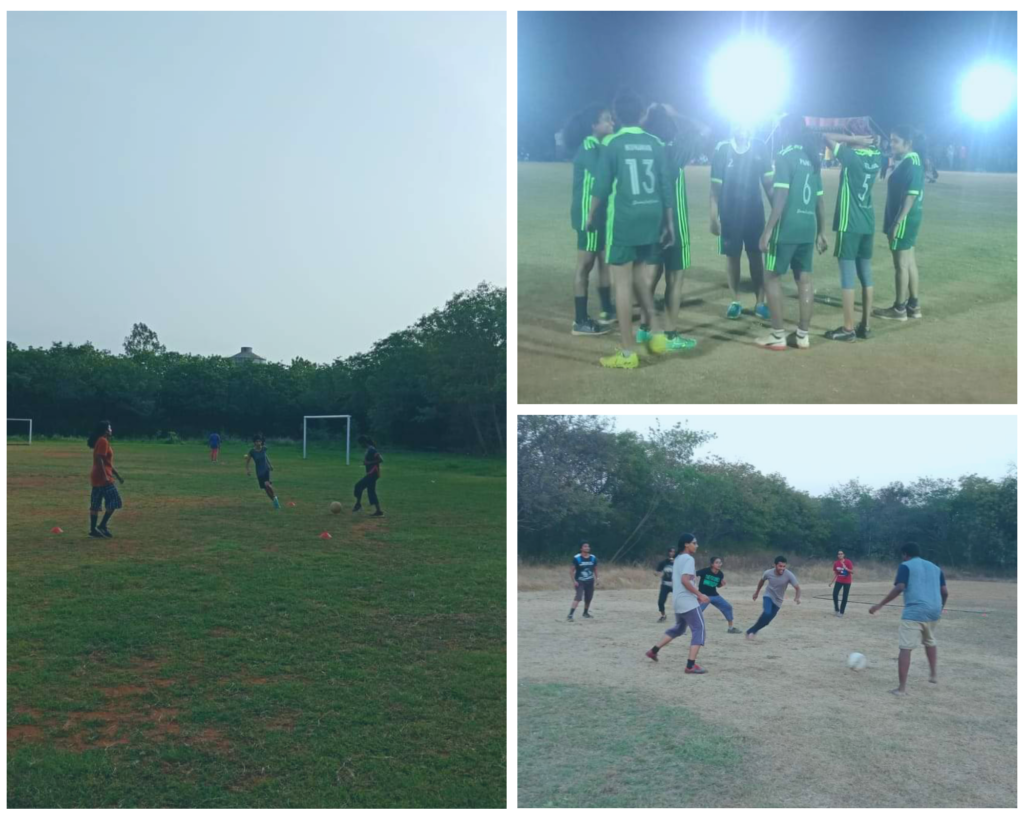 In these four years, on two different campuses, I saw that the struggle for a lot of these women was the fear of embarrassing themselves and being ridiculed by their friends. To start long after our insecurities have taken their root is a real struggle. And this is why the university shouldn’t be the first ground for most of these women.

Smirks and jests are universal to women’s sports, not just football. Both men and women in our community are brought up to be conscious of their bodies and to be embarrassed about failures. Thus, the older we are, the harder for all of us to step out of our comfort zone. Among our signings, we had people who struggled with body image, parental support, and whatnots. It was beautiful to see them fight these and prove themselves, probably not as another Messi or Alex Morgan, but as a person who is more confident in their identity than yesterday. Football liberated them.

It is time that we gift our kids with both Barbies and balls and let them choose for themselves. We need lesser women feeling that they found their love for football too late or wishing forever for a chance to play. We need to make sure the women in our lives had the same chances at this sport as the men in our lives. While grassroots academies, in number and quality, are the key to the growth of football, in women’s football it should start along with your words of support.

To all my fellow players who had to hide from their families about football practice, who was told that it’s not your place and still made it yours, who was shamed and ridiculed for missed penalties or wrong passes, I respect your courage. I’m happy to have helped at least a few women try football in my time, to find their happiness, to be more confident in themselves. Football is not merely a sport, it’s a new life and a new world. And while we hear and share inspiring stories of women athletes every day, let us make sure that we give the ones around our space and support to discover themselves. For me and many others like me, the grass got a lot more greener on the football pitch. And there are many more out there, deserving the greens.

This article is third in the series ‘Women in Football’ by Footy Times. If you are a woman in football or know a woman whose footballing story holds the power to inspire, write to us at: footytimes.com@gmail.com.

An amateur footballer who aspires to work in the field of gender and sports.

A First of its Kind: Mountain Girls Premier League