USA, Germany, France, England, Norway, Sweden, Italy and Netherlands will fight it out for a place in the semis, from tonight onwards.

If look at the final stages of the Women’s World Cup and you’ll see European nations in every direction. Of nine UEFA teams that entered the competition, seven still remain. 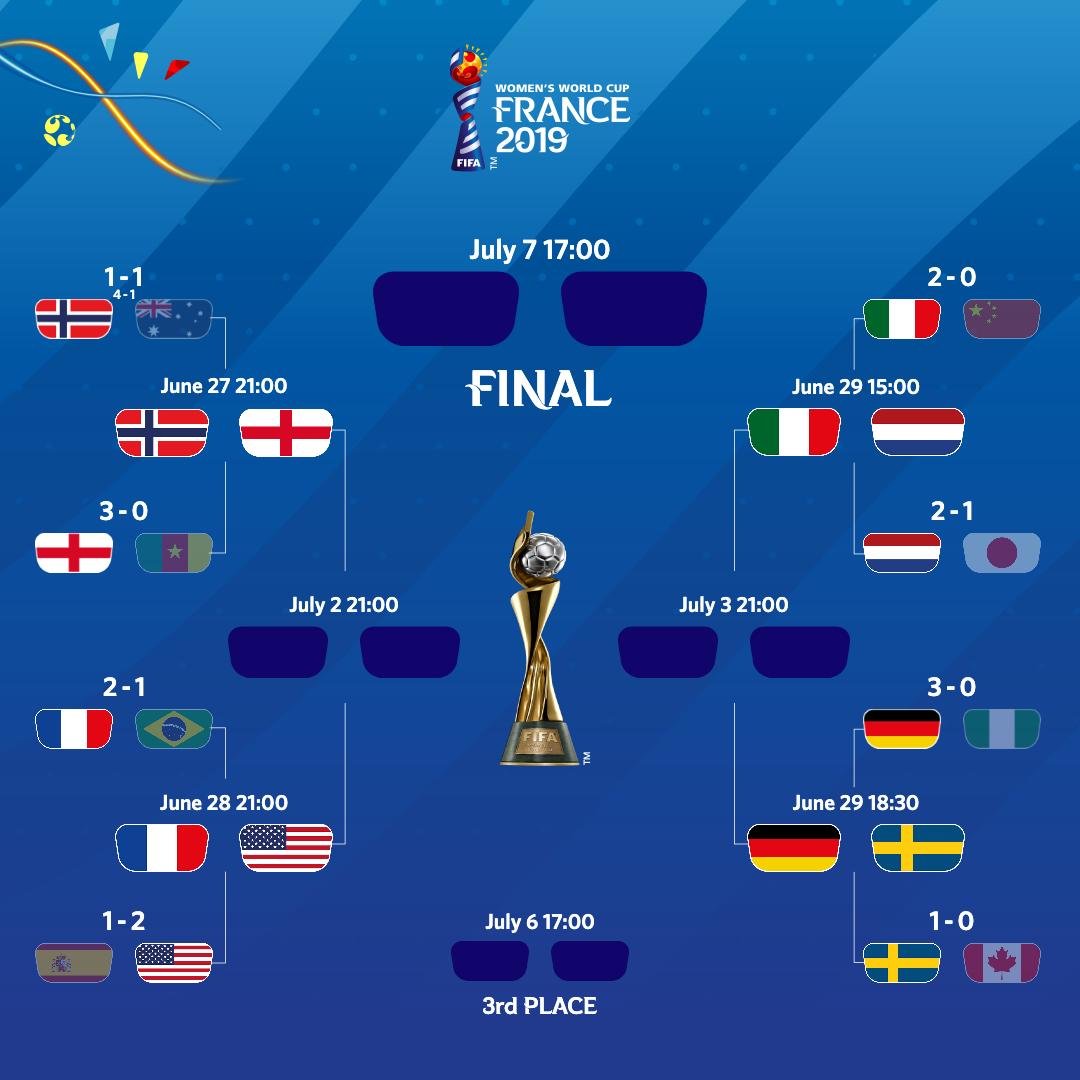 The results so far have been billed as Europe’s coming out party in the women’s game. And in truth, maybe it’s overdue. The continent has dominated men’s soccer globally for decades, winning four consecutive World Cup titles and five of the last six.

question—how did this happen?—the answer is actually pretty simple. Europe has long been a sleeping giant in the women’s game, with several high profile countries simply not turning up on for the women’s side of the game. Italy was a powerhouse in the prehistory of the 70s and 80s, but was starved of resources and faded away. The Scandinavian countries were strong in the 90s and have stuck around. Germany dominated the 2000s. But other than that, Europe has mostly stayed in the background.

What we’re seeing now is powerful actors in all of these soccer-mad countries finally start to lean into women’s soccer. It seems obvious, but it makes a huge difference when players finally get full-time training opportunities, top-level coaching, and fitness support.

“Women’s football is changing in Italy,” Gama told reporters following Italy’s 5-0 win over Jamaica in the group stages. “We get the chance to play for teams like Juventus, Milan, now Inter is coming, Roma, Sassuolo… So we’re getting better because we’re training better…A lot is yet to do, but the gap is getting closer with the other nations and I think everybody can see that.”

In the same vein, Spain has seen a spike in interest and investment, with Barcelona and Atletico famously drawing a record crowdearlier this year. Real Madrid has just bought into the top division, another sign that commitments are changing.

And then consider nations like England and France, who went through similar transitions a decade or so ago. These were once relative backwaters in the women’s game—with few girls growing up playing, and very few chances for them to develop if they did pick it up. Now, there has been real investment, and they are no longer up-and-comers. They are just here.

? We said goodbye to eight #FIFAWWC teams in the Round of 16

Or look to Scandinavia, where long-standing leagues have provided stability and structure that have allowed relatively small countries to produce a huge base of talent, and to sustain themselves through some fallow periods. Norway and Sweden both feature players who don’t play for ‘top’ teams in big leagues, but have still made a significant mark in the tournament. Simply having a stable league system is important.

To be clear, the levels of investment in these countries is still very small in absolute terms. Lyon, the colossus standing above the rest of the world, is still paying mere pennies on the dollar for their women’s team compared to their men. The Italian league is widely described as having ‘professionalized’ but it’s still not technically a professional league. Real Madrid has simply bought into the league, scrapping their supposed plan to build from the ground up.

But even these minor steps are still a big deal. Regular training, access to quality facilities, and consistent competition provide a massive advantage over national teams that simply disappear into the ether between tournaments.