Kylian Mbappe scored within eight seconds on his way to a hat-trick as Paris St. Germain smashed Lille to maintain their undefeated start to the season.

Paris Saint-Germain continued their perfect start to the new season on Sunday with a 7-1 rout of Lille as Kylian Mbappe scored a stunning hat-trick starting with the quickest goal in Ligue 1 in 30 years.

With a little help from Lionel Messi, Mbappe lobbed the ball into the Lille net in under eight seconds to tie the mark set by Michel Rio of Caen in 1992 against Cannes.

In a devastating show of their prowess and supremacy in the French league, the France World Cup hero scored a hat trick, Neymar scored twice, Messi scored once, and flying fullback Achraf Hakimi scored once.

After three wins to start the season, PSG sits atop the Ligue 1 standings by two points over Lens and Marseille, both of whom also won on Saturday.

Sunday also witnessed the first victory of the season for Clermont and Stade Rennes at home, and for Auxerre and Brest on the road.

Newly promoted Auxerre triumphed 2-1 away at Montpellier, contributing to a record 11 red cards being shown across all games over the weekend. 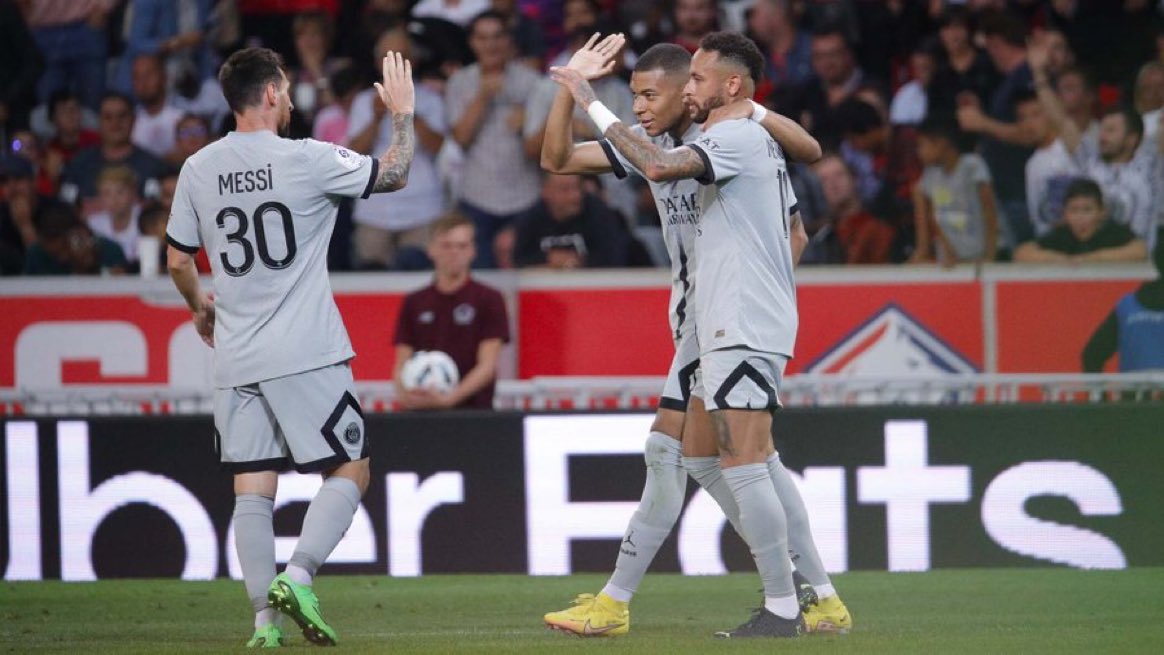 Five minutes after Nuno da Costa had equalised for Auxerre, in the 75th minute, Mathias Autret scored the game-winning penalty kick. In the end, there were only nine surviving men on each side.

Clermont Foot improved to fifth place in the table thanks to a goal from Saif-Eddine Khaoui in the sixth minute that was stopped by Nice goalkeeper Kasper Schmeichel. In the final ten minutes of the game, Nice had two players sent off: Mario Lemina for a bad tackle, and Jean-Clair Todibo for dissent.

Mounaim El Idrissy scored for Ajaccio, but Martin Terrier and Arthur Theate scored for Rennes, helping the Ligue 1 team to its first victory of the year.

After falling behind as early as the second minute, Lorient’s home match against Toulouse ended in a 2-2 tie thanks to a comeback by the Toulouse team.