Ronaldo’s fellow countryman Bruno Fernandes also scored in the game’s dying moments to give the Red Devils a much needed morale-boosting victory.

After a poor run of form, Ralf Rangnick made three changes to the squad from the disappointing draw with Southampton three days ago as Fred and Anthony Elanga replaced Paul Pogba and Marcus Rashford, while Raphael Varane was forced to withdraw due to sickness and was replaced by Victor Lindelof.

With five minutes gone, Brighton had the first opportunity. De Gea stopped Jakub Moder’s attempt at the near post to his credit after Elanga made a poor mistake in possession.

With a well-organised midfield, the Seagulls made it difficult for United to play out from behind while also appearing like the more dangerous team going forward.

Graham Potter’s side dominated the game as they held 58 per cent of the possession and were close to scoring on occasions. De Gea had to step up for the hosts when Veltman crossed for Moder, who headed for the top left corner, but United’s goalkeeper made a fantastic diving save to his right to keep the ball out of the net for the second time this season. 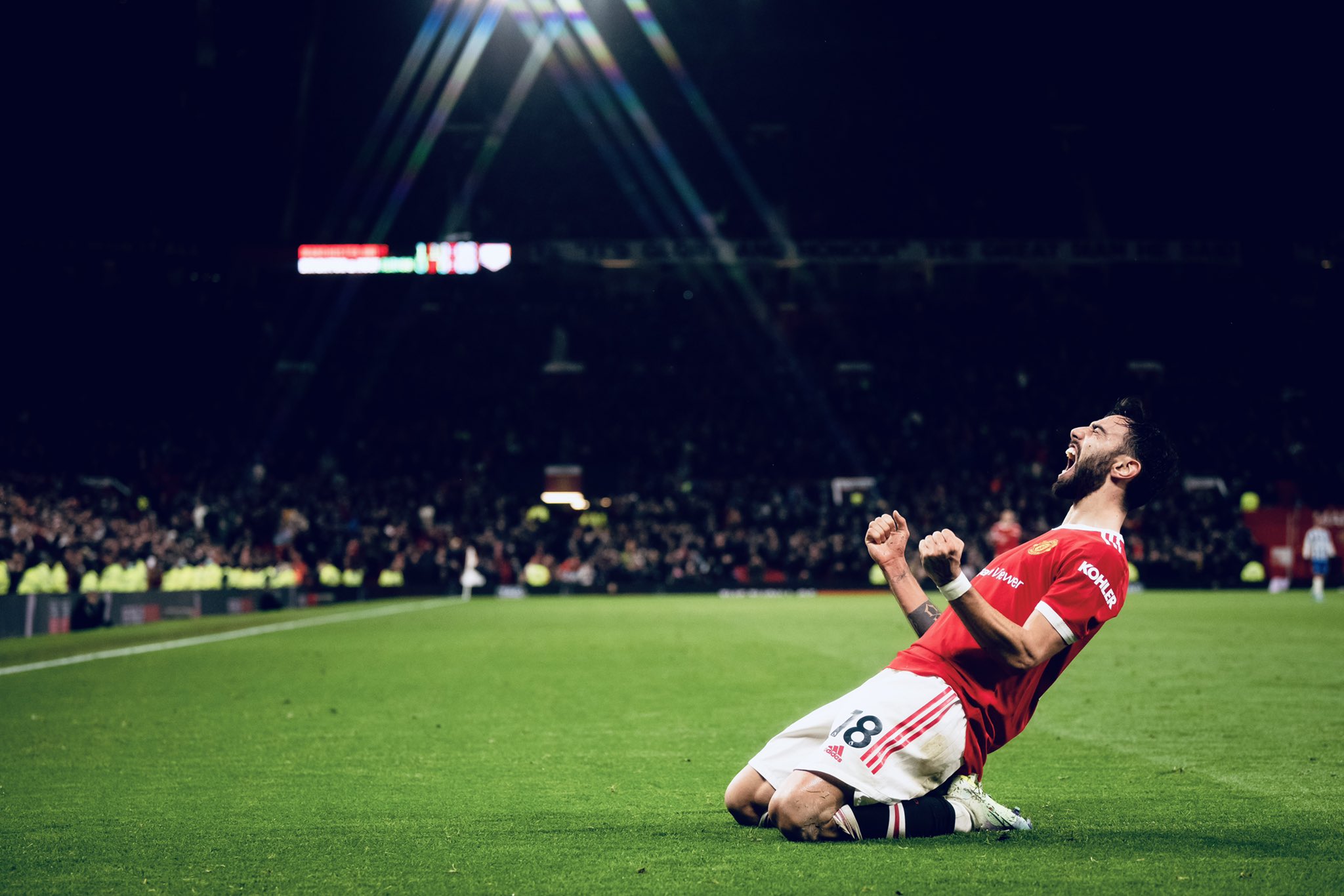 United began the second half with added urgency and intensity which paid off when they took the lead in the 51st minute through Cristiano Ronaldo. Scott McTominay dispossessed Bissouma and sent the ball to Ronaldo on the outside of the box, who dribbled past his man and struck a thunderous attempt into the bottom right corner.

With this strike, Ronaldo ended his worst goal drought of 537 minutes, one of the most prolonged droughts of his club career since he left Manchester United in 2009 to join Real Madrid.

Brighton’s attempts for a comeback were jeopardised when Lewis Dunk was sent off for a foul on Anthony Elanga. He was first awarded a yellow card, but the decision was correctly changed to a red when it went to VAR.

United survived a massive scare in the final minutes as Brighton controlled the game even after reducing to 10 men but were punished for a sloppy defence when Pogba supplied Bruno to score the second virtually from the last move of the game.

We got punished by a world-class finish from a world-class player. Said Brighton manager Graham Potter about the disappointing result.

The hard-fought win puts Man United back into the top four of the Premier League with 43 points in 25 games.

United will travel to Leeds on Sunday before leaving for Madrid to take on Atletico Madrid in the Champions League round of last-16.