Football World cups are the perfect stage for iconic moments and thrilling stories to be etched in the hearts of the footballing world. The 2018 edition wasn’t short of any of those, but it was the one in which we witnessed the greatest underdog performance by a nation in the history of the World cup.

Croatian National team, known as Vatreni (The Blazers), since becoming eligible to compete in 1994, burst into the international scene by achieving 3rd place in their inaugural World Cup campaign in 1998. Later, they were a frequent presence in the major tournaments. In fact, they have only failed to qualify for two major tournaments: the 2000 European Championship and the 2010 FIFA World Cup. However, they hadn’t won a knockout match since 1998, until their fairytale journey in the 2018 World Cup.

Qualification
Croatia didn’t taste much success in the build-up to the event (more or less like 2018 WC Qualifying). Though they topped the Euro 2020 qualifiers and gained a direct qualification, the UEFA Nations League campaign saw them struggle at 3rd in the group consisting of Portugal, France, and Sweden; gaining just one win against Sweden and losing all the other 5 matches. However, this has been seen as an opportunity by Dalić to integrate players into the gaps in the system left by those veterans who had dropped out post-2018. So, going into Euro 2020, not all can be judged based on their recent form; and they are expected to go deep in the tournament. 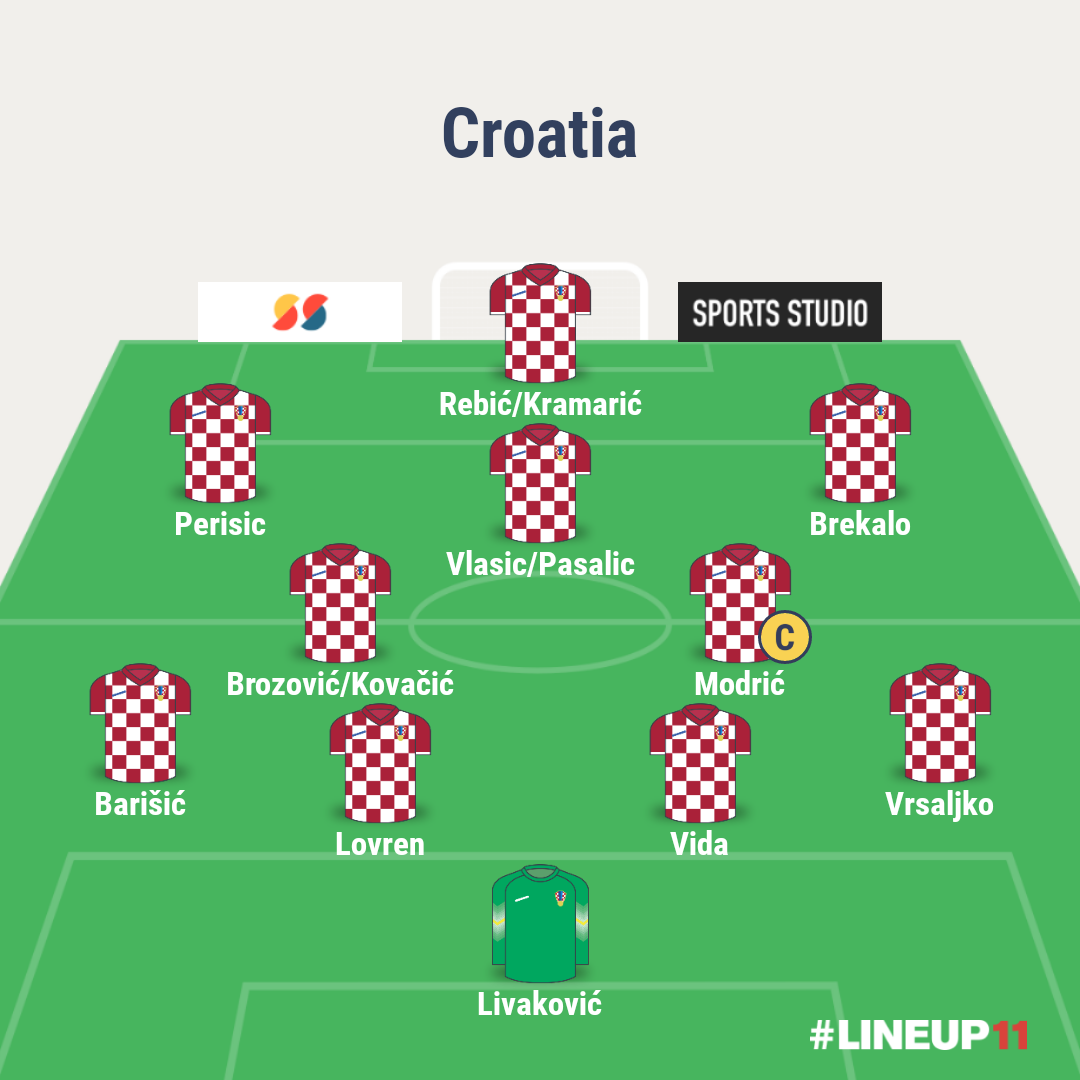 A former midfielder who has never represented his nation previously, Dalić took over the reins from Ante Čačić in 2017 and led the team in their dream run in the 2018 World Cup. He’s been pivotal in dealing with the transition of the players in this crisis period.

Rakitic, Mandžukić, Subašić, Strinić. Gone are the days we see these players in the red and white chequered strips. The retirement of these veterans has opened the doorway for a new crop of players to represent the nation at the elite level. Dinamo Zagreb shot-stopper Dominik Livaković had slotted into the void left by Subasic and is an assured presence behind the defense. Vida and Lovren will continue in the heart of the defense. Borna Barišić is expected to slot in at left-back after an impressive season with the Rangers. LOSC Lille’s left-back Domagoj Bradarić is an exciting prospect and would be the perfect backup. Šime Vrsaljko’s fitness has been an issue for the team as they lack quality in the right-back position. 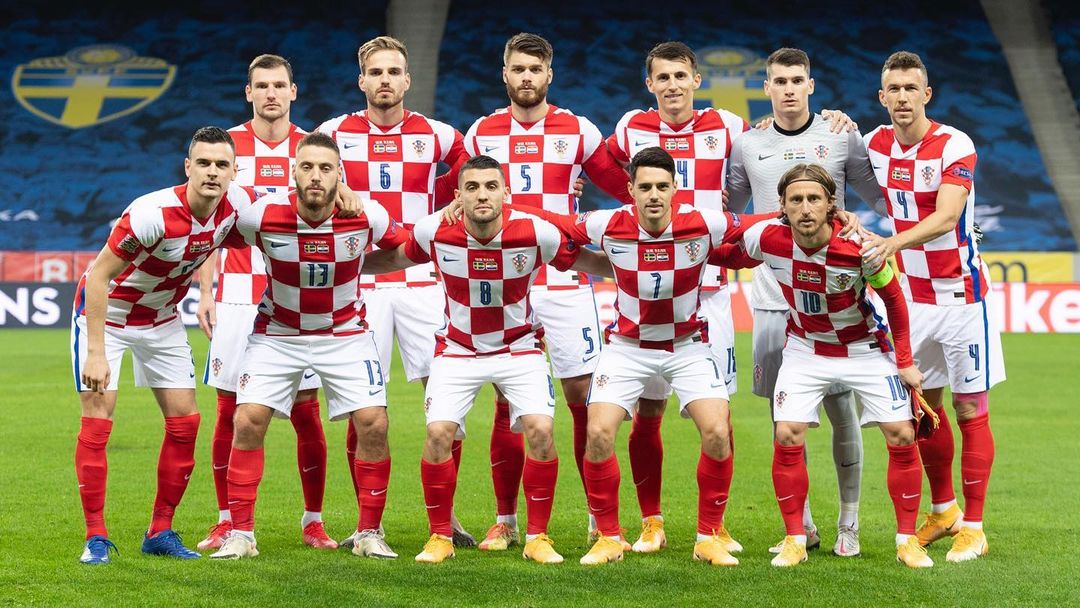 The team captain and Croatia’s most capped player, Luka Modric will pull the strings in the midfield along with the likes of Brozovic, Kovacic, and Badelj. Veteran Ivan Perisic, an ever-presence in the Croatian front line for the past few years is expected to lead the line and with a decent battery of exciting players like Nico Vlasic, Pasalic, Brekalo, Andre Rebic,  Kramaric, and Petković available it would be foolish to underestimate their attack. 22-year-old Josip Brekalo is a player to watch out for in the tournament. This modern, fast and skilful Wolfsburg winger is blossoming under Dalić and will have an important role to play this European summer.

Rivalries
Croatia vs England
There are ties in a tournament that adds much more crunch and flair to the game than just points. This is definitely one of them. Croatia and England have locked horns ten times in the past, eight times in competitive matches, of which some are regarded among the most remarkable fixtures in recent times. During Euro 2008 qualifying, Croatia was the first team to triumph over England at the newly built Wembley Stadium and it eventually saw England failing to qualify for their first major competition since hosting Euro 1996. England had their revenge, as they defeated Croatia twice during qualifying for the 2010 World Cup, which ultimately was vital in inflicting the Croats with the agony of missing out on a World Cup for the first time since their inception.

They played again at the 2018 World Cup semi-finals, with Croatia winning 2–1 in ET and putting a dagger in the hearts of an entire nation chanting “It’s Coming Home”. Four months later, on 18 November, England’s anguish was softened as they beat Croatia 2–1 at the Wembley Stadium in the group stage return leg of the inaugural edition of the UEFA Nations League, which saw Croatia finish bottom of the group. With such intensity and emotional investment laid upon their matchups in recent times, it’s no wonder that fans of both teams have started to mark out this particular game as the “tournament defining one”.

Strengths
The midfield: Even with the retirement of Ivan Rakitic, Croatia definitely boasts one of the best midfield in the tournament. Such is the quality of midfield they have at their deployment. The fortunes of the nation mainly rest on these players, especially on the narrow yet steady shoulders of Luka Modric, a man who refuses to age. Marcelo Brozovic has largely gone under the radar primarily due to the length of shadows Rakitic and Modric have cast for the national side for so long and the time has come for him to take centre stage. He was pivotal in Inter’s quest in bringing down the Juventus reign in Italy and it would be fair to expect him to continue in the same vein alongside his skipper.

Weaknesses
The retirement of key players has dented the squad. Though Dalić has tried out various combinations and overseen the rise of some exciting talents, it will be close to impossible for them to replicate their heroics from the 2018 World Cup. The right-back spot remains an area of concern with fitness issues for Vrsaljko and no quality backups. Croatia leaked the most amount of goals in the UEFA Nations League A group stages and the defence as a whole is a concern.

Key player: Luka Modrić
The 2018 Ballon d’Or winner is now the most capped player in the nation’s history. He is not only captaining the side but also setting the midfield tempo with his vision, energy, and slick passing. Even at the age of 35, he is an absolute engine for the team. Modric has recently signed a 1-year contract extension with Real Madrid which will keep him at the club till 2022. Euro 2020 might turn out to be his last major international tournament in his prime form and he would want to make this a tournament to remember. 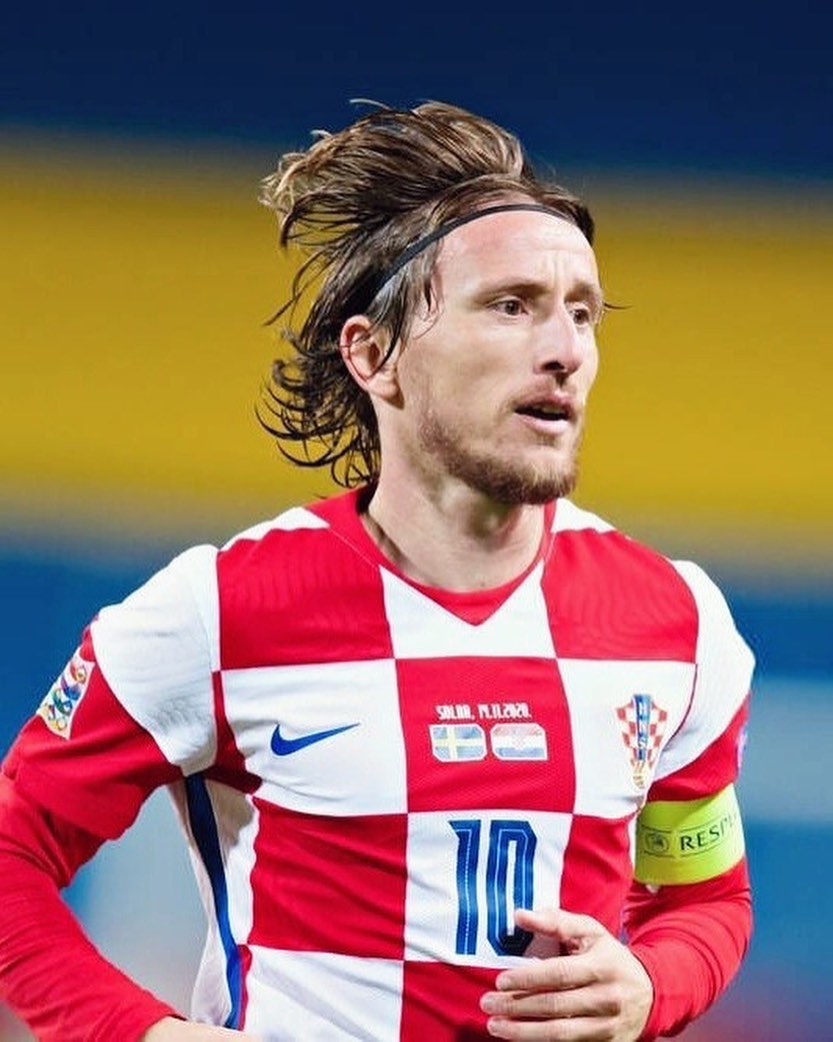 Placed in Group D along with England, Czech Republic, and Scotland, qualification to knockouts doesn’t seem a problem and it remains to see how deep they go into the tournament.  Also, much has changed since that night at Moscow; several veterans from the so-called “Second Golden Generation” have hung up their boots, resulting in a metaphorical change of guard in the squad. But going into the Euro 2020, coach Zlatko Dalić has the luxury to call upon some inflammable young talents along with a few composed veterans with the necessary experience to temper the explosiveness of the new generation, and to top it all off, the players will be motivated to deliver in what may be a fitting farewell to their adored captain.
The Balkan Cryuff.
The Legend.
The ever magical Luka Modric.

Chelsea are the Champions of Europe