A youngster with dreams of becoming a professional footballer, a native of Chavara, Kollam district from Kerala, is also pursuing International Masters in Football Coaching and Management from Real Madrid Graduate School- European University, in Madrid, Spain.

While millions watch football and another million aspire to become a footballer, the Indian state of Kerala has fanatics for this global game, especially for European and Spanish football, apart from the English and German leagues. But, what it is like to step into Spanish football and get a step closer to playing in LaLiga Santander in Spain ? It is a dream come true moment for any Indian. Well, India can take pride in Karthik Thulasi, who made it to the Rayo Vallecano C team, with his passion and dedication for the game.

A youngster with dreams of becoming a professional footballer, a native of Chavara, Kollam district from Kerala, is also pursuing International Masters in Football Coaching and Management from Real Madrid Graduate School- European University, in Madrid, Spain.

1. How is the course that you are doing with Real Madrid University shaping you as a player?

“Definitely the course helps me in being a better player. The course is more about management and coaching than about being a football player. But you get to know the perspectives of a coach, what he expects from a player, positive attributes in a player that attract a coach, etc. So, while doing this course, I learned to take care of these aspects. It helps me in a way beyond my words can explain.”

Born and brought up in Muscat, Karthik started playing at the early age of seven and, later coming back to India after his schooling, he trained at the Kerala based Indian Professional Football Club, Gokulam Kerala FC dreaming to start his career in Kerala Football. But, in November 2021 after he arrived in Spain, after getting the selection for the course and scholarship, he attended trials and got selected and played in the first team of lower-tier club Deportivo Proas. Later the 23-year-old Keralite was signed for the C-team of Rayo Vallecano.

2. What is the difference between Kerala/ Indian football and Spanish football style?

“Yes, I have played in Kerala, India, as well as in Oman and UAE. The level is quite different compared to that of Spain. The game here is quite complex when compared to how it is played in India or elsewhere. It is too fast and has more tactics. The number of tactics that they use in the game, whether you are taking a free-kick, or whether taking a corner, there are so many tactical decisions you have to make and you get trained according to that. So, it is indeed a great experience being here and playing at this level.”

From Roberto Carlos to Iker Casillas, Hugo Mallo, the fitness coach of Real Madrid and Juan de Dios Crespo, a famous sports lawyer, he receives classes from top professionals at his university. 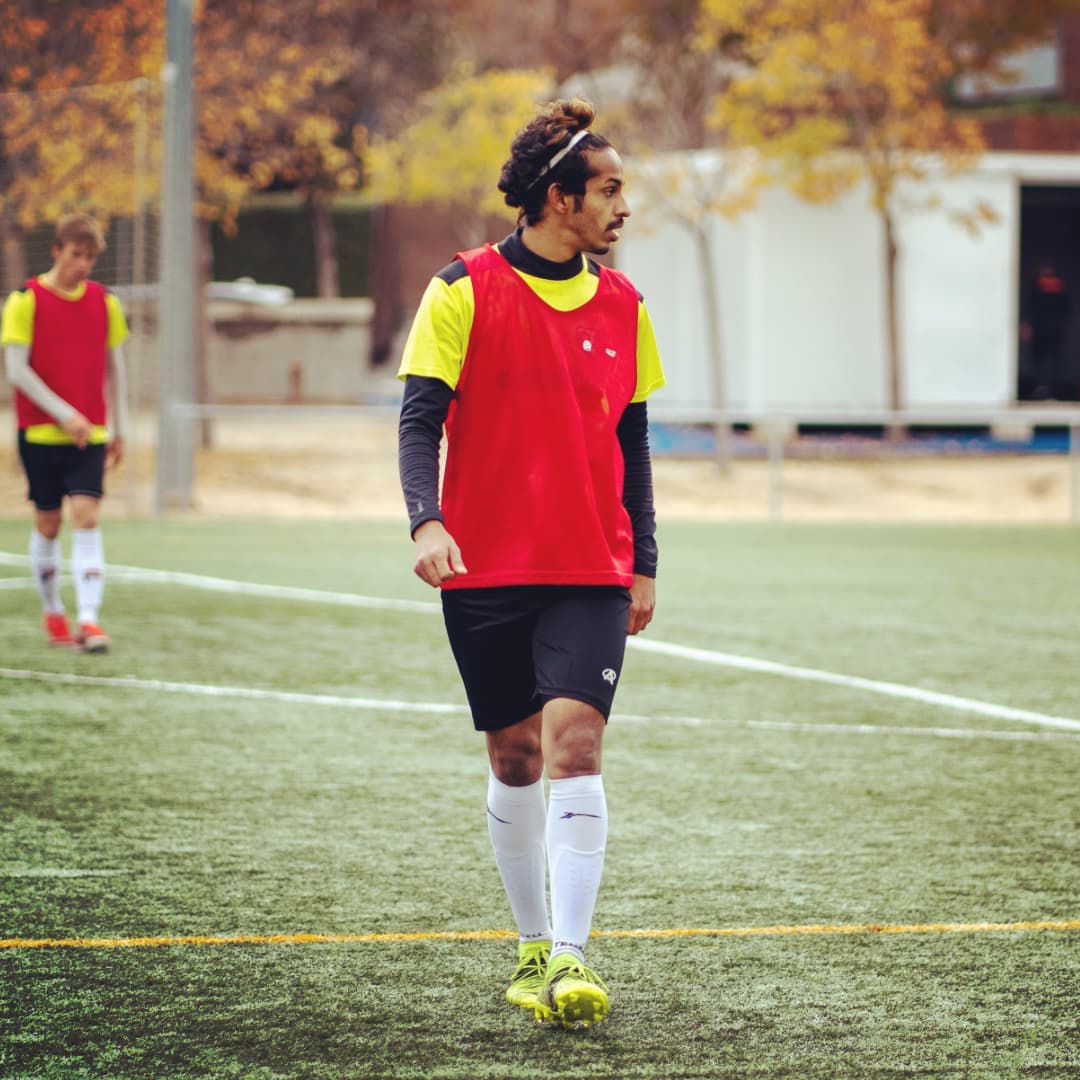 3. How is it like getting classes from world-class football professionals?

“It was an amazing experience in class with Roberto Carlos and Iker Casillas because they are all people whom I have been watching and idolising since my childhood. And, everything that they taught in class was quite inspiring, about their hard work and the dedication they have put to reach this level. And it was quite interesting indeed.”

Excited for the Graduation Ceremony, he says, the Real Madrid president, Florentino Perez and world-famous tennis player, Rafael Nadal will be giving away the certificates.

4. How is life in Spain? Have you made Spanish friends?

“Spain is a beautiful place to live, to play football, obviously. The climate here is moderate and far better compared to any other European country. And, I train from 11 AM to 1:45 PM at Rayo Vallecano football facilities. And my classes are from 3:30 PM to 7:30 PM. Most of the days, I have evening classes, so I train in the morning and I for classes in the evening And after signing for Rayo, I have played, 4 out of 6, after which I got injured. I have made a lot of Spanish friends, I have many friends from my university, my current club and from my previous club.” 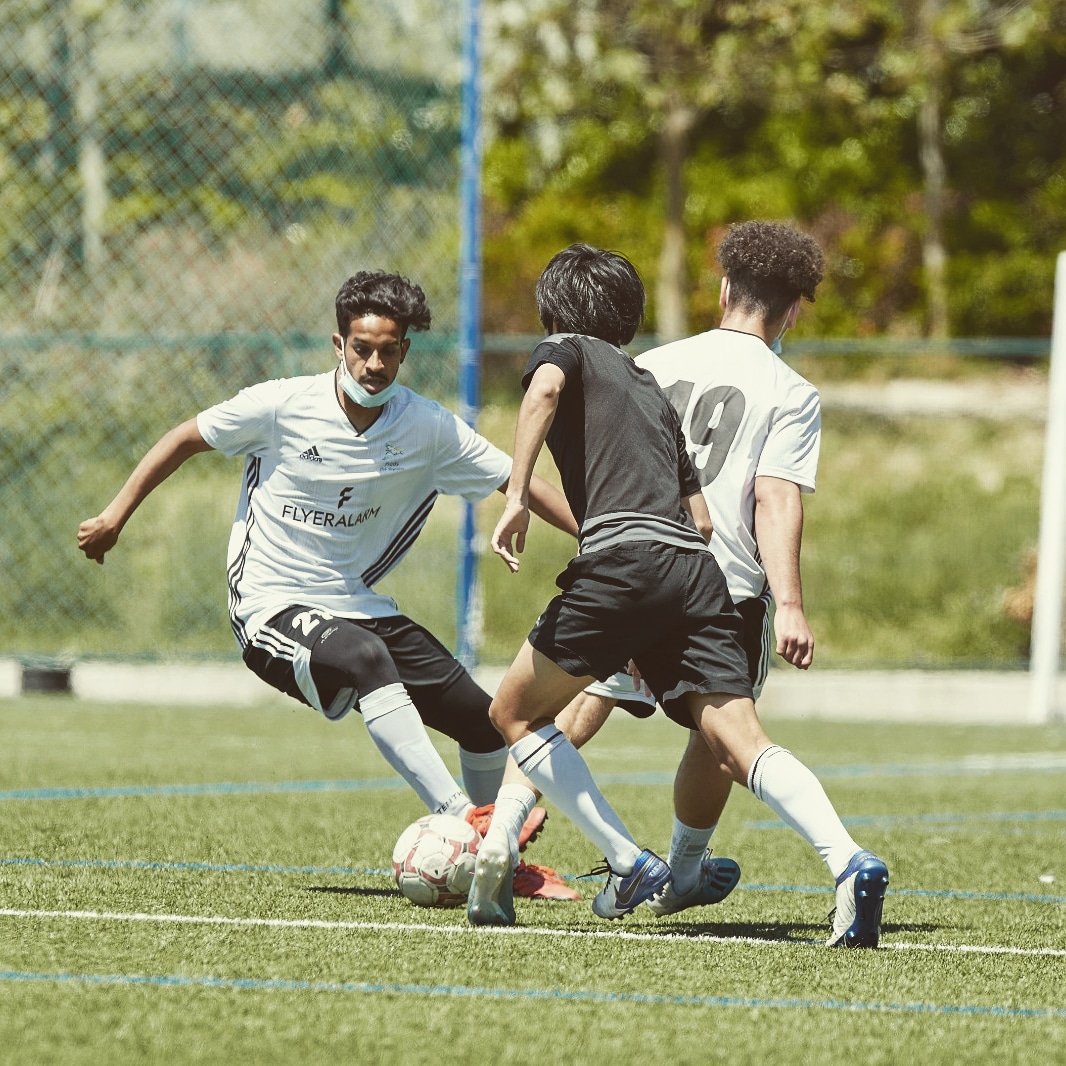 5. What is your dream for the future? Where do you want to be?

“My dream is to play for the first division, which is the LaLiga Santander here in Spain. So I am putting all my efforts and dedication, into trying my best to reach there. I know it is not easy. And as of now, I am thinking of the next level by moving to the Rayo Vallecano B team and gradually playing for the first division of Rayo. And in future, I see myself playing for India and taking Indian football to a next level with all the experiences that I get from Spain.”

6. What do you have to tell to the aspiring footballers from India, especially Kerala?

“Keep believing in yourself, work hard and take risks in life. If you cannot do these three things, it is difficult to achieve your dream of being a footballer or coming to Spain or playing here. It is all possible. You need to take proper efforts.”