Israel is not included on a list of Middle Eastern countries on the FIFA website that details hospitality packages for the 2022 FIFA World Cup, which will be held in Qatar in November and December. Occupied Palestinian Territories is the only option available.

The website of FIFA, the international governing body of soccer, includes a section devoted to hospitality packages and a locator service to help interested parties connect with an agent in their area.

Using a world map, select “Asia & Middle East,” and then use the dropdown menu to refine your search even further.

The hundreds of countries listed do not include Israel, but “Occupied Palestinian Territories” is included. Israel is also not featured in the Europe section.

According to the firm’s website, its subsidiary MATCH Hospitality “is the only company in the world allowed by FIFA to provide and guarantee exclusive ticket-inclusive hospitality packages for every match of the FIFA World Cup Qatar 2022, either directly or through its appointed Sales Agents.”

Israel stated in June that its nationals were permitted to go to Qatar for the World Cup, despite the absence of formal diplomatic relations between the two countries. 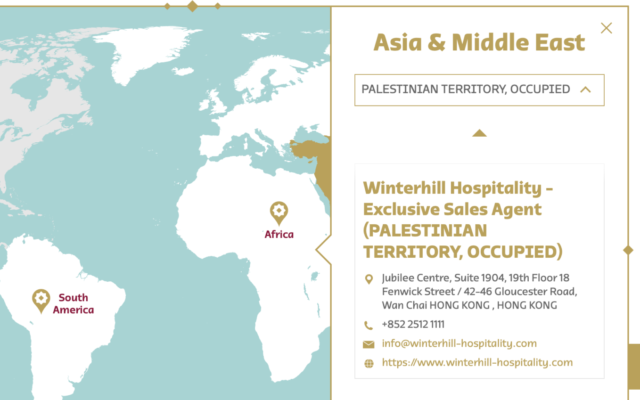 The ministries of foreign affairs, military, and culture and sport announced at the time that Israeli nationals, who may normally only enter Qatar with a foreign passport, will be able to travel freely and attend games during the tournament, which is slated to begin on November 21.

Under the terms of the agreement agreed with FIFA, the sport’s worldwide governing body, Israelis wishing to attend must first purchase a ticket to a game and then apply online for a Fan ID card. Upon approval, the card provides the holder admission to Qatar and allows them to reserve lodging.

Israel’s diplomatic efforts in the Gulf have been aided by the pressure exerted by athletic events. In 2018, two years before agreeing to establish ties with Israel, Abu Dhabi began permitting the Israeli flag and anthem to be shown and played at sporting events, reversing a long-held ban it shared with the majority of Gulf governments.

Qatar housed an Israeli trade office from 1995 to 2000, but its alliance with Iran makes it unlikely that it will develop full diplomatic relations with Israel.